Why do I let my daughters talk me into things?

#2 daughter will be graduating in a couple of weeks from University and #1 daughter has a year left of Pharmacy School. so both decided to have a yard sale.  #2 daughter will be bringing her furniture home and even though #1 daughter has a year left in school-she will be on rotations-which thankfully most are close to home-so now #1 daughter has decided to bring home furniture and other items.  Hub and I have 3 extra bedroom furniture, 2 extra kitchen tables, 2 extra living room furniture and so....I said let's put the extra furniture in storage.  #2 daughter plans on going to physical therapy school and she will need bedroom furniture, etc.  But no-they had other plans-like having a yard sale.  Why did I agree?  that's what moms do!
We started Friday night-hauling out tables and "stuff."  The game plan was to get as much sorted as we could, however the longer we worked into the night, the sillier we became.  So we planned on getting up early Saturday morning-like around 5.  Yeah, I thought, I would be the one up and you two will be sound asleep.  But I was wrong-I heard banging at 5:30 and both were up.  More 'stuff' to drag out and then the rain came.  So we drug the 'stuff' back into the garage, and in about 30 minutes the rain stopped, and we drug the 'stuff' back out.
﻿ 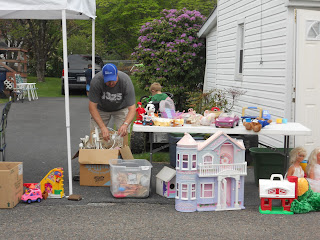 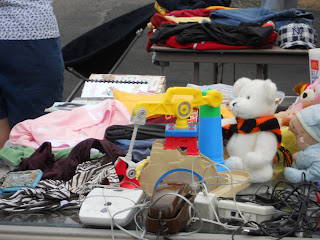 Where they had all this is still beyond me.  I was glad when both girls decided to call it a day and pack it all back up.  I think we had only two trash bags worth of stuff to pack back up.  What surprised me the most was the girls thought this was so fun, and they want to do it again!  Only next time, I am not going to join in on their 'little fun.'
We kept grandson last night which is always exciting,  Never a dull moment around a 3 year old.  He has to have surgery in the morning, so a little nervous about this.  Last night after I gave him his bath and was getting ready to dry him off, he said 'Mamow just hold me-I missed you so much,"  Of course, tears were in my eyes.  I see him everyday but last night was just so special,
After church this morning, we all headed to Sweet Frog.  A nice treat after a long weekend. 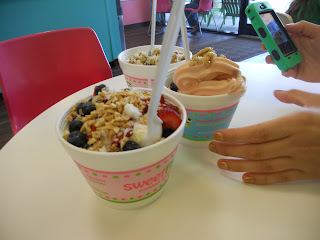 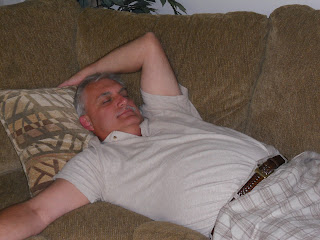 and I am trying to get Nate's things ready for his surgery in the morning.  Nate is such a sweet boy and 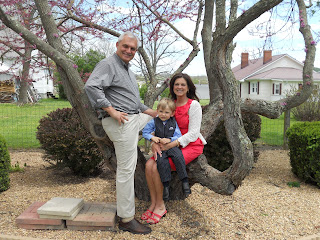 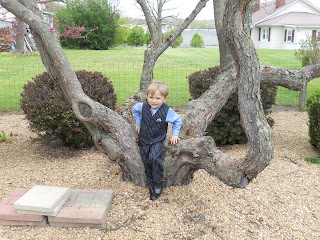 please whisper a prayer for him in the morning as he has surgery.