This was us last night as we began our first and most definitely not
our last--Relay For Life! 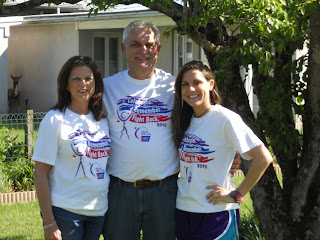 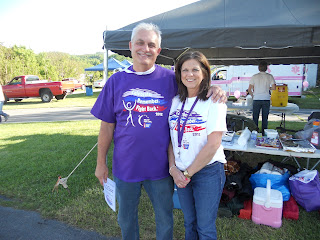 Like I have mentioned, this was our first time participating in Relay for Life.  Our team H2O-Hope to Offer raised $2,000!!  At the beginning of the relay, I must admit I became a little emotional as the Survivors walked around the track.  Each person's name was announced along with the years of surviving cancer. 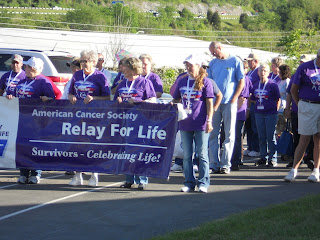 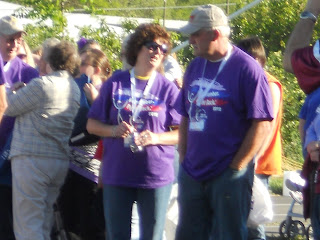 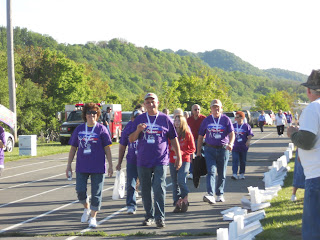 After the Survivor's Walk, the Party Began!
There was Zumba... 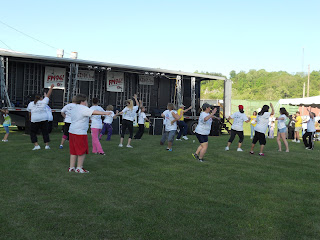 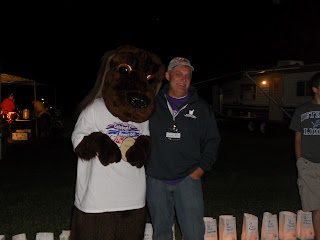 Teams were very creative with their tents.    This is one of my favorites... 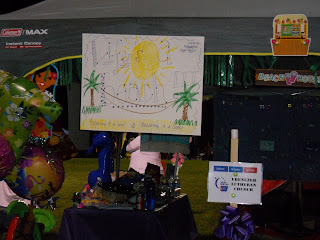 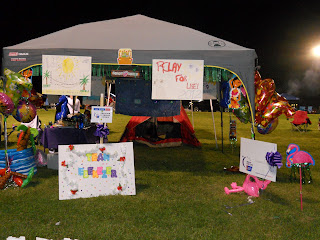 There was so much food...ranging from pizza to steaks!
At 10:00pm the lights were turned off and each luminary lit.  The luminaries covered both sides of the high school track.  What an amazing sight. 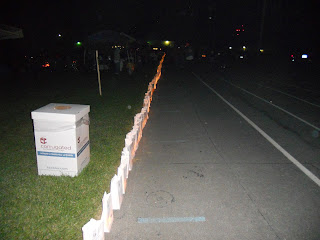 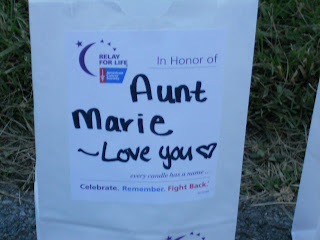 My Aunt who is a survivor -lung cancer-diagnosed in 2010. 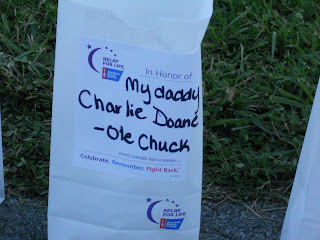 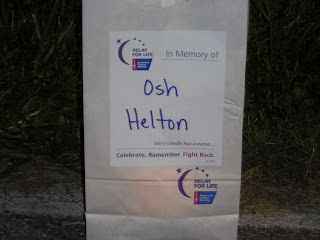 There is a story-behind his name Osh-not his real name- His real name was William-but all called him 'Osh'  Not a day goes by that I don't think of him and wish he could have seen his grandchildren,

Hub, daughter and I walked the track.  There were so many people we knew...but then never knew they have been struck with this horrible 'C' word.  My daughter pointed to the hillside above the track-there spelled out in lights was the word 'Hope' and tears flowed from my eyes.  Tears I could not control.  An emotion I can not capture with words.

The party lasted till 7am the next morning.  We weren't able to spend the night, but might as well should have.  What a party.  Tonight the horrible 'C' word we hate to hear stood for something else--and that word was Celebration.  Every day is a celebration for beating the disease!

This song has become one I have begun listening to....  Every day a person surviving Cancer-runs....