I am sitting here watching hub sleep and listening to his beautiful  sounds he makes while sleeping. I never thought I would think snoring was a beautiful sound BUT at this moment it is.

Hub had his first round of chemo a little over a week ago(March 21st to be exact). The following g Thursday we went to remove his chemo pump (after taking 3 different kinds of chemo he comes home with a mobile pump-pumping chemo into his body for 46 hrs) and he became like a dishrag. A wheel chair was needed to roll him to the infusion room, his blood pressure dropped, and he began to sweat a lot! Immediately taken to the ER to begin tests and given fluids. The tests came back showing no concerns and hub began feeling better.

Monday was his doctor's appointment with his oncologist. The oncologist was concerned with his weight loss but blood work looking good. Hub promised to eat better (yeah, right) and drink better. On Tuesday he felt awful, so I called his oncologist ( hub has his cell phone number which is unheard of one days) and we began taking fluids and getting shots to increase his white blood count. Thursday he was admitted to the hospital for dehydration and low white blood count which was 0.6.

So on this Friday, I sit watching him. He is so peaceful sleeping. I miss the fun-loving, jokester person. Cancer has taken this away BUT only for a moment because this will pass and hub will be back to his normal self.

Sometimes life just sucks but tomorrow will be a better day!
at March 31, 2017 2 comments:

Hub's first round of chemo was Tuesday-Thursday.  On Tuesday he went for 6 hours of chemo and then he is hooked up to a mobile chemo pump that goes for 46 hrs. straight. Ya'll that is some harsh chemo.
I stayed with him on Tuesday, well I did sneak upstairs to a shoe sale going on.  Daughter #1 stands from 8-7 five days a week and then on Saturday.  Even though there is a mat, she still says her feet her.  The shoes were for nurses to wear and the nurses said daughter would really love a pair.  The nurses also assured me hub would be okay.  One nurse even walked with me to the shoe sale.  I bought daughter two pairs...a hit too for she fell in love with both styles I chose for her.
Hub was all smiles when I showed him the purchase....BUT not the price ha!

Hub finished the treatment, was hooked up to the pump, instructions were given (hygiene care, clothes washing, and he had to drink 3 quarts of liquid daily),and we headed home. Tuesday evening and night was pretty good.  His appetite was still pretty good.  He slept good....he slept in the recliner and I slept on the couch.

Wednesday, hub and I took a walk in the gym at our church.  He wanted to keep his stamina up.  A decrease of appetite this day and not drinking very much. Wednesday night still doing fair.

Thursday---was a different story.  I had remembered being told that the third day was the worst...but nothing could compare me for what happened.  Hub woke up nauseous, and he tried to eat a little. I told him to hold on that it was only a few more hours and the chemo pump would come off.  We left the house around 11:30 and by the time I got to the Cancer Center hub was too weak to walk and he was very, very nauseous.  I got hub inside and the nurses put him in a wheel chair.  As they began rolling him back to the room, hub broke out in a cold sweat and his blood pressure dropped.  The doctor was called and hub was taken to the ER. I didn't like the ER with all the flu still raging here...but hub was given a mask and a room shortly. Test were run and fluids were given.  Me, I was a nervous wreck-scared too death and trying to hold back the tears. I did cry while hub was given tests. Results....either he had a reaction to the chemo or the chemo inflamed the mass. Ya'll that is some harsh chemo! Hub started coming back to normal...whatever that is after receiving chemo and left for home.

He has been very weak. On Saturday he started eating and drinking a little....small steps.  Today, Sunday, he wanted to go to church and I said only if he wore his mask...which he did.  He says he has felt better today and has ate better.

This first round was a tough one....some harsh chemo ya'll.  Was I scared?   Scared couldn't even touch how I was feeling.  Joshua 1:9   I knew God was with me.

We see hub's oncologist tomorrow. But right now round one is over!  Prayers for easier rounds as we fight this battle of cancer. #noonefightsalone 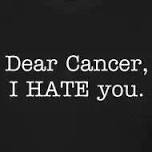 After life has thrown us a curve ball, I have been mad!  I mean really, really mad.  Hub's test results show that his cancer has returned....it is between the lining of the stomach and the small intestine and in the liver.

Let me back up till 2010
Hub went for a colonscopy in January 2010....no problems just time for his colonoscopy.  During the colonoscopy, he was woke up saying he had a tumor and it was cancer.  Surgery was next to remove the tumor; weeks later a port was put in, and a couple of days later he began his chemo treatments.  He was scheduled for 12 treatments, but hub became allergic to the chemo on the 10 1/2 treatments. He has never missed an appointment and in 2015 was put on a yearly check-up.  His last check-up was in October 2016---blood work great and he was having no problems.

Then it happened......
Hub started having some pain in his lower abdomen the later part of December 2016....but after a few days it went away.  In February, 2017 the pain came back.  He went to the doctor after much fussing from me and his daughters.  A CT Scan was done on February 22.  Later that night his oncoligist called and said the scan showed spots in his liver.  WOW!  Hub was having his three year colonoscopy on February 27 so a PET Scan was also to be done that same day.  His colonoscopy was clear!!!  Not the PET Scan....a huge mass had shown up.  March 3rd he was seen by a gastroenterologist.  March 8th he had an endoscoptic ultrasound...this showed cancer.

I am furious....I HATE CANCER

I have news for you, CANCER I Will Not let you CANCEL ......
My gloves are coming off!! 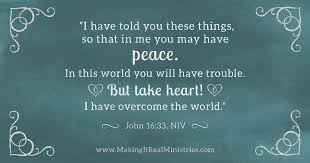 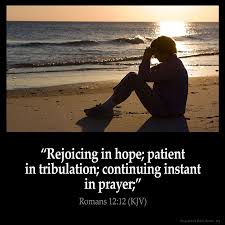 1. 'Slow and steady wins the race'...tell us about a time this was true in your own life.

In today's time we or mostly all want it to happen instantaneously....right now. Being patient is becoming a lost art.  I trying to think of a time this was true in my life and I realize this should be true everyday.  Slow, steady, and being persistent in what one wants.

My favorite would be caramel.  My sweet treat is Mamaw's Pie

4. Your favorite thing to make in a slow cooker or crock pot?

5. 'You may delay, but time will not.' ~Benjamin Franklin Are you more a hurrier or a delayer when it comes to unpleasant tasks that need doing? What are you currently either delaying or hurrying to get through this week or month?

I am more of a hurrier, I want to get it over with.  Right now, I am just wanting this crazy week to be over.

6. Tell us three things you encounter regularly or even just occasionally that you find to be annoyingly slow.

Fast foods drive thur service, waiting on results from a test, and DMV.

Nope, not one bit crafty and not really interested in this skill.  I have been invited to a paint party so who knows....

8. Insert your own random thought here

Hub's test results were not good from the CT scan last week.  Had a colonoscopy on Monday and a PET Scan later that evening.  The colonoscopy was clear, HOWEVER the PET Scan showed three hot spots.  Two spots in the liver and a huge mass between the stomach and small intestine.  We are headed today to make an appointment with a  gastroenterologist of oncology. Prayers please.