1. It's National Waffle Day (August 24th)...what decision are you currently 'waffling over'? (or share one you've recently 'waffled over')

We moved last week!!!  So I am still in the process of 'waffling over' where to put all my furniture....when down sizing one must get rid of furniture, right?  Not happened here....

2. It's the middle of August, but I'm already seeing lots of autumn-related posts. Do you think we rush the seasons? If so, does that bother you? I saw (here) an end of summer bucket list that included-

make s'mores, read a new (or favorite) book in the park, eat something delicious and bad for you at a state fair, be a tourist for the day, have a pot luck picnic, book a last minute summer getaway, relax by or in the pool, take a hike to watch the sunset, have a day on the lake, try a new summer recipe

I think we rush the season.  I am ready for cooler temps and by cooler I mean 70's, but I am not ready for fall.  I still want to enjoy sitting outside to the wee hours of the morning and grilling out.  Heck the other day I saw halloween 'stuff' out in the department stores!!

Which activities on the list might you squeeze in before summer officially comes to a close?
Will try to squeeze in a last minute summer getaway is on my list.

4. Stephen R. Covey is quoted as saying 'We judge ourselves by our intentions, and others by their actions.' Agree or no? Do you define yourself based on your intentions, your actions, or something else?

I guess I sometimes define myself on my intentions but then it I evaluate myself (critically) by not getting doing what I intended to do.
I judge others by their actions and I am working hard to try to not do this so harshly anymore.  All of us have a story and not one of us really knows the other person's story entirely.

5. Are you useful in a crisis? Elaborate.

6. What's been your go-to dish this summer? Is it something you'll continue making as the seasons change?

I haven't really had a go-t0-dish-mainly just fruit and junk food.

7. Adult coloring books are a thing now. Have you jumped on the bandwagon? If not is this something you think you might enjoy?

I attended a coloring book party a few months ago.  Did I find this relaxing????  I kept thinking about all the other 'stuff' I needed to get done and here I sat coloring!
The big thing going on now is having a Pearl Party and opening up oysters and seeing the pearl you have gotten.


8.  Insert your own random thought here.


Some happenings this past few days.


Raleigh, North Carolina
Daughter attended a trade show and I went with her for the weekend.  I do not know much about the pharmacy business, but the Mutual Drug Company treats everyone like family.  I must admit, I am so proud of daughter's accomplishments because it warms my heart to hear people brag about her and what a fine job she is doing.

After returning home on Sunday evening, hub and I took grandson to Pigeon Forge on Tuesday.  First I need to say it was hot!!! 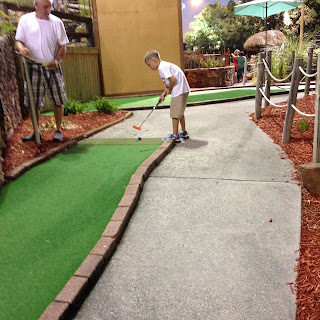 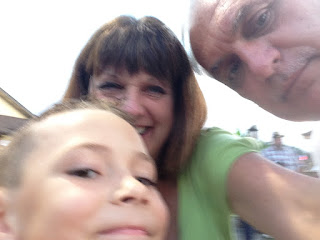 Glad I took picture before playing if not we all three would have looked like we had just come out of a sauna!
Rode bumper cars 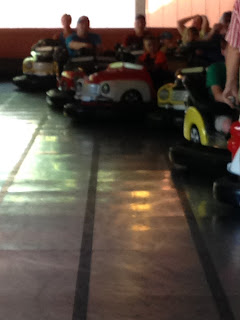 Hub and grandson rode go karts.  Grandson is still not tall enough to ride by himself so I volunteered hub to ride with him! Watching them ride I am glad I volunteered hub because some of the adults take go kart riding too seriously for me.

Played games in the arcade 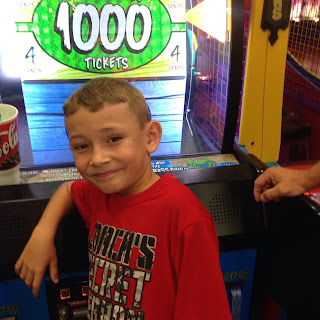 Yep, the big winner.  Grandson put four tokens in and won 1,000 tickets on the first try!! 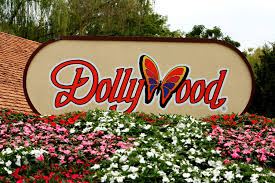 So many rides to ride. 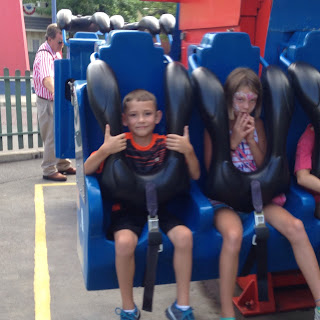 So happy he could ride by himself.
I like going to some of the shows,but with a young boy excited to get on rides, it is hard to do it all. 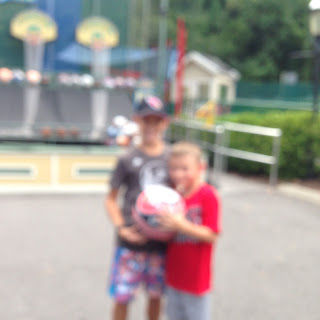 The picture is blurry---I am blaming it on my sweaty palms but I paid this nice young fellow to win a basketball for grandson.  Hub had tried winning....but just couldn't.  When grandson was on a ride, I was watching this young man shoot basketball. The boy couldn't miss!!  I walked over and asked him (he was standing with his mom) if he would shoot the basketball for my grandson.  I paid him and told him No Pressue!! yeah right?  The first shot he took the ball went in.  After grandson got through riding the boy presented the ball to him.  Both boys were happy! 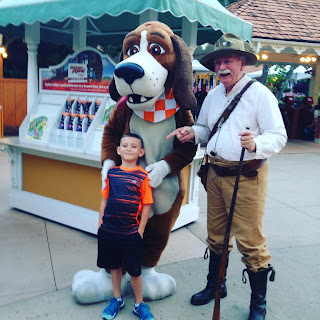 One of hub's favorite places to eat is the Blue Moose.  It is just a simple hamburger and wings place.  Grandson and hub gets to watch television-sports I need to add and enjoy a simple meal. 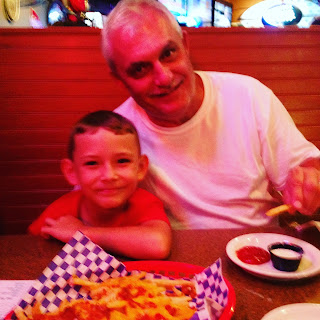 Our short trip ended on Friday.  We headed home this being the fastest four days ever!  Grandson was leaving on Friday heading to Destine, Florida with his dad and younger brother.

Saturday, I planned on packing up a few things...we are moving but I just wasn't in the mood.  I think one has to be in the mood to pack, don't you?  I have now told hub that I would start packing up a few things this Saturday (August 14th).  School begins Wednesday in my county and I have been asked to sub the first few days so I need to rest Monday and Tuesday to get ready for Wednesday!  Summer seems to go by faster and faster.