1. What is ONE thing or area in your home or life you hope to report is completely organized when 2013 draws to a close?  Do you  have a plan to make it happen?

Drawing a blank on this one.

2. What's the worst uniform you've ever had to wear for a job?
When in college, I worked in a factory during the summer.  Wearing a hard hat and steel-toe shoes was not my kind of fashion statement.

3. What was your last kitchen 'mishap'?  This question comes to you courtesy ofBetty who blogs over at A Glimpse Into Midlife...everyone go say hi to Betty!
While eating dinner a few weeks ago, I accidentally started spitting out my drink.  I can't remember which daughter said what, but what was said was exactly at the same time I was drinking and then.....I headed to the sink to keep from getting tea all over the kitchen.

4. How do you protect yourself from other people's negativity?
By simply tuning that person out.

5. Who in your family do you most resemble (physically)? If you have children, who do people say they favor? Do you agree?
I do believe I am the 'black sheep' in my family when it comes to many things, including any type of resemblance. My aunt, who is 2 years older, is often mistaken for my brother's sister.

Daughter #2 is often told she looks and acts so much like me.  Sometimes I see her cringe when these remarks are said, and other times I see her smile. 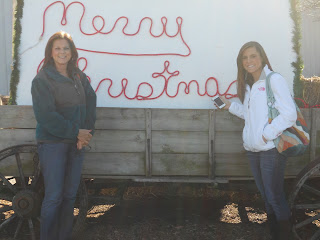 6. January 8th is National Bubble Bath Day...will you be celebrating?

No -but does sound like a great way to unwind.

7.  Some of the 'world's best winter festivals' are - Mardi Gras (New Orleans),Quebec Winter Festival (Canada), Sundance Film Festival (Park City, Utah),  Rio Carnivale (Brazil), Sapporo Snow Festival (Japan), VeniceCarnivale (Italy) and the Harbin Ice Festival (Northern China).  Of those listed (and if cost were not a factor) which would you most like to attend and why?

Venice Carnivale in Italy because I would love to travel to Italy one day.

8.  Insert your own random thought.

Sometimes I just don't understand people.  It has been one of those days.