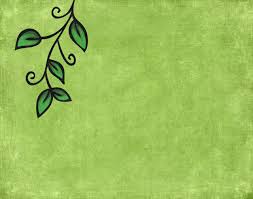 We have been out of school for two straight weeks!!!  Some bits and pieces....

It started snowing February 16th and the temps fell below zero and winter finally arrived.  Earlier we have had a very mild winter.  The temps were in the 50s and 60s and then WOW!! it hit.  The snow was beautiful and I could have sit for hours and just watched-so peaceful and so quiet.  I know many are thinking--out of school for how long?  how much snow did you get?  Well, about 14+ inches of snow but the temps were so cold our VDOT had great difficulty keeping the roads clear and clean.  On Tuesday, hub called and daughter's finance had an accident on his way to work.  Thankful he was okay, and hub was there to help. We aren't use to dealing with all this much snow at one time.

So what have I been doing??
I have kept grandsons a few days-played men, Star Wars, watched cartoons, cleaned, read books, and shoveled , played some more, cleaned, and shoveled, and just a never ending cycle!! 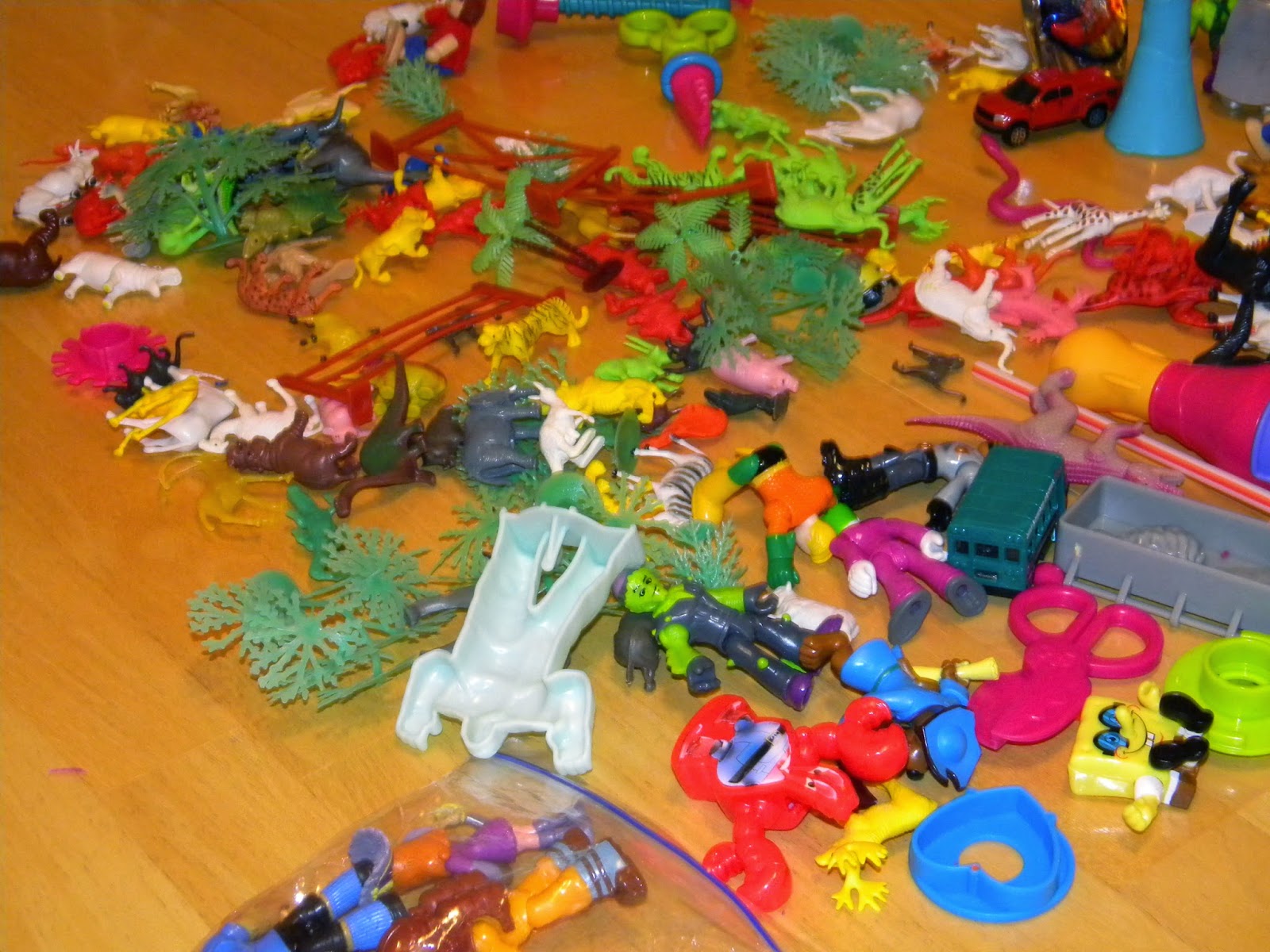 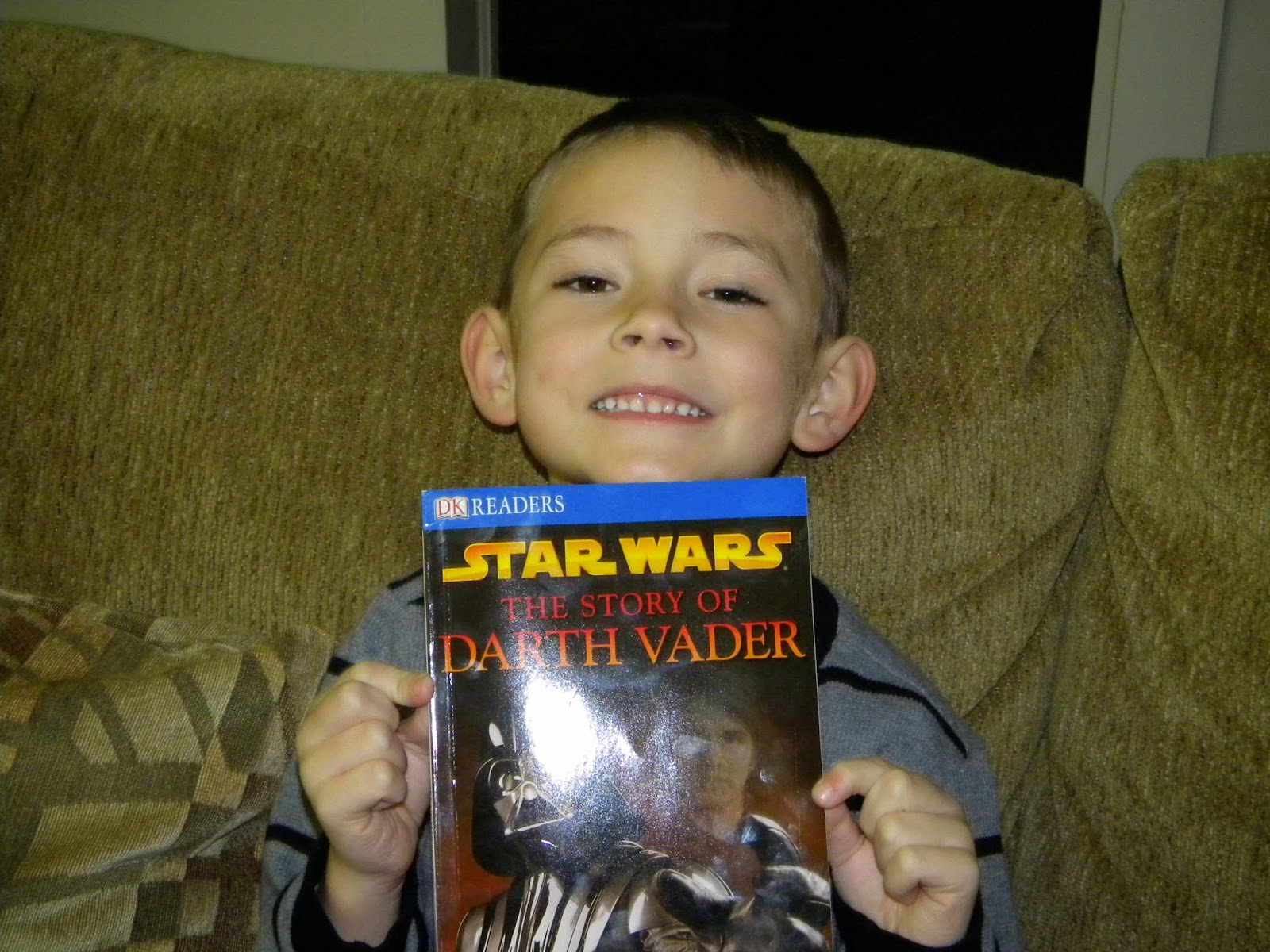 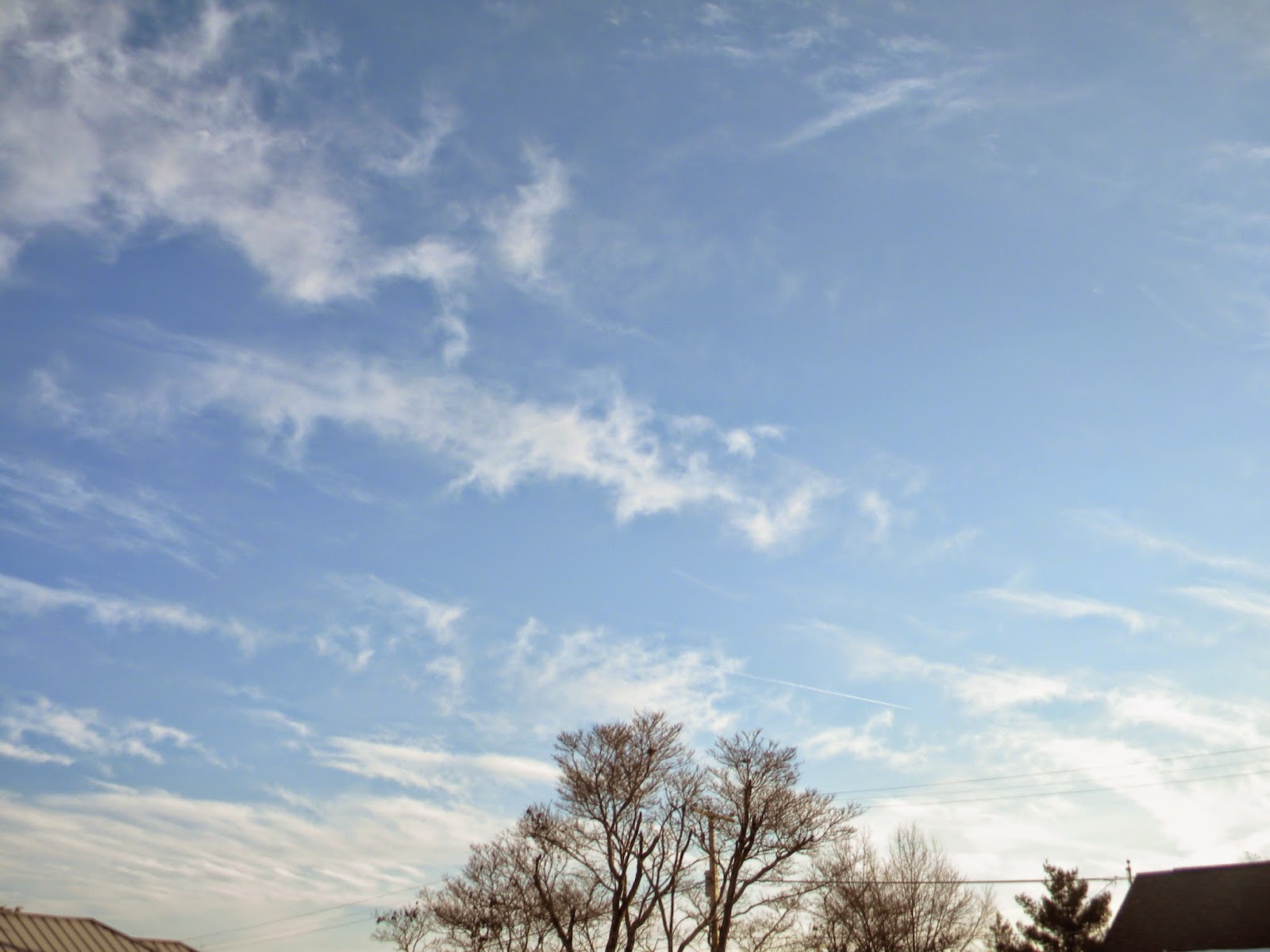 Daughter, finance, and myself attending a cake tasting event.  Wow-I knew I shouldn't had eaten breakfast!! 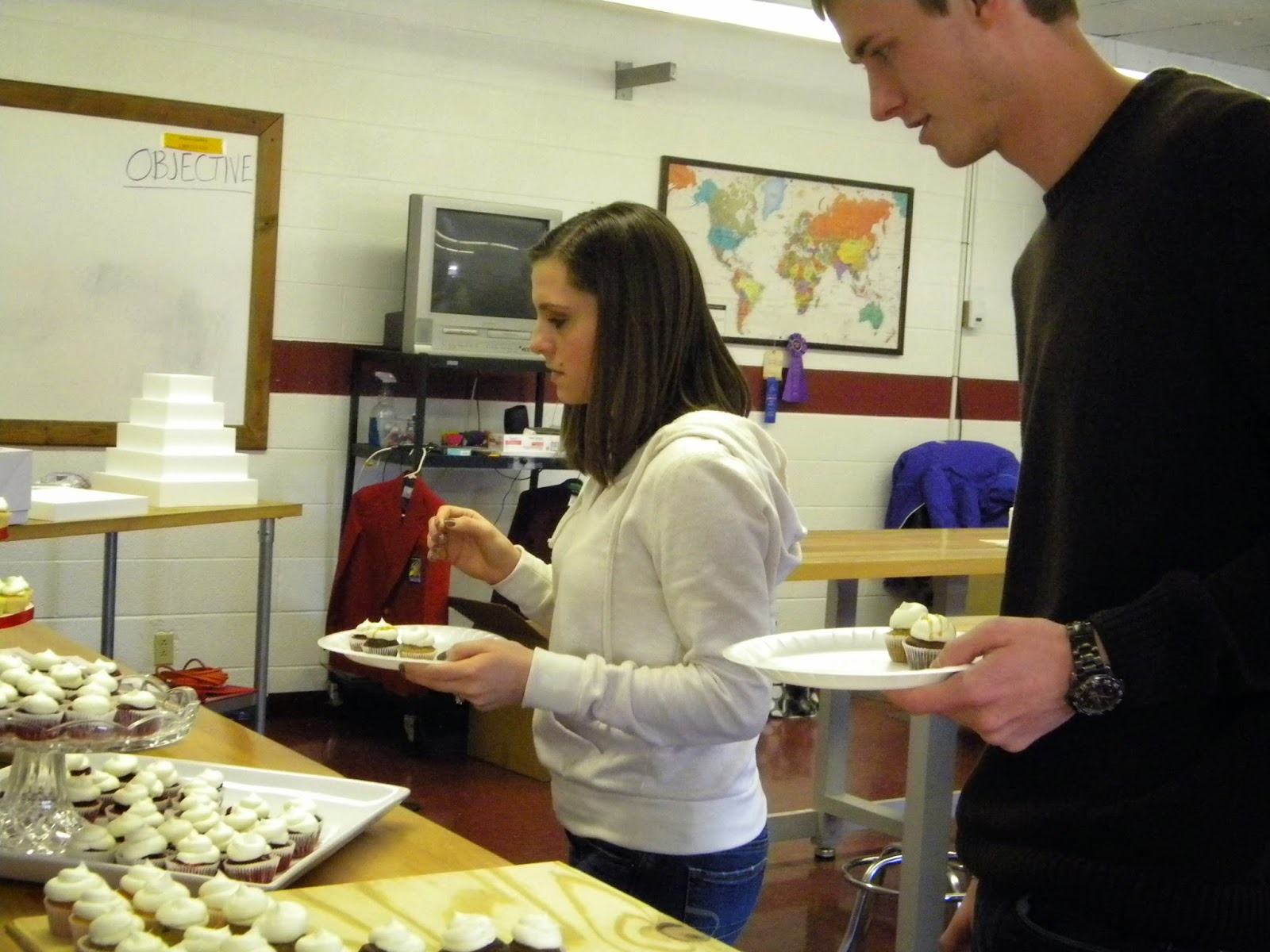 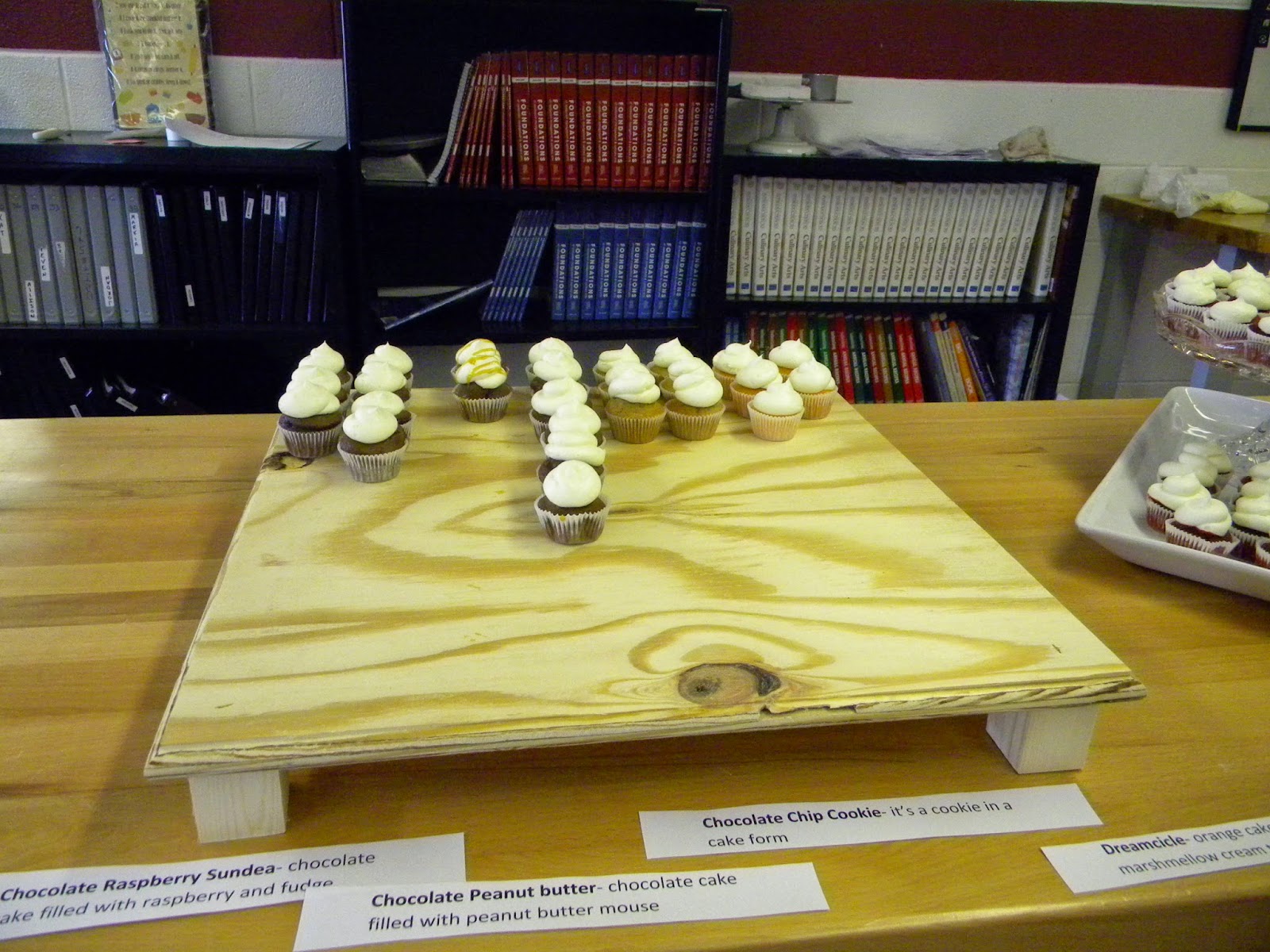 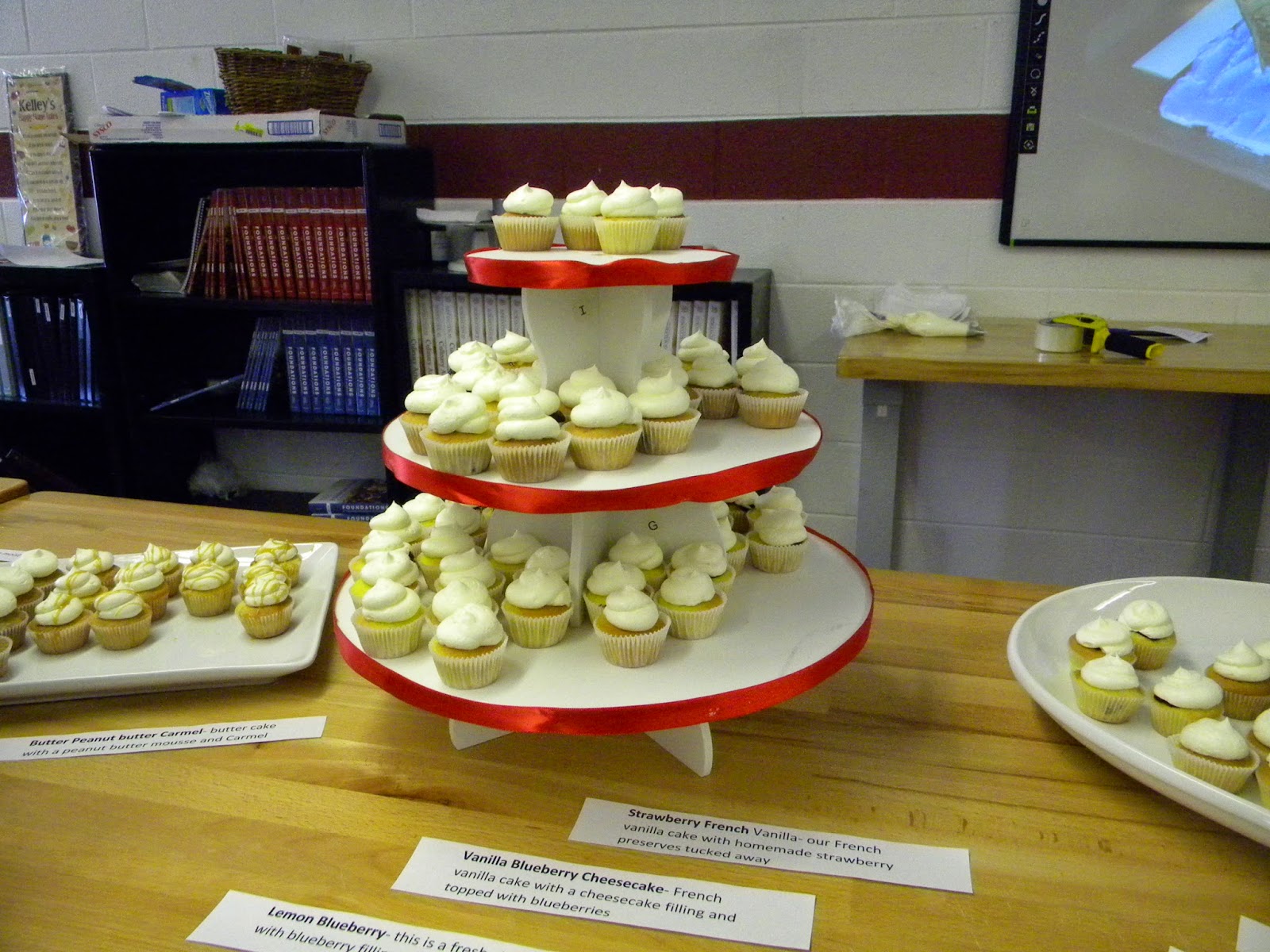 After much deliberations, the decision was made.  Three flavors-well four flavors counting the groom's cake was decided on-vanilla strawberry, lemon blueberry, and dreamsicle, and peanut butter carmel.  I was well pleased with the decision.  Of course, I asked daughter why finance came?? he doesn't like cake!!! But oh well-at least he did try some samples.

Hub is not very interested in all this wedding stuff.  However, daughter did play for him the song they will be dancing to.  A tear did roll down his cheek. Trying to ease the situation-I invited hub to zumba with me-just to get in shape for the 'big dance'.

Hub wanted to grill out.  What? the temp is not even forty.  Yes, the sun was beginning to set and it was not snowing but talking him out grilling was not going to happen.  He always says it is never too cold to grill...so with snow on the ground, he fired up the grill. 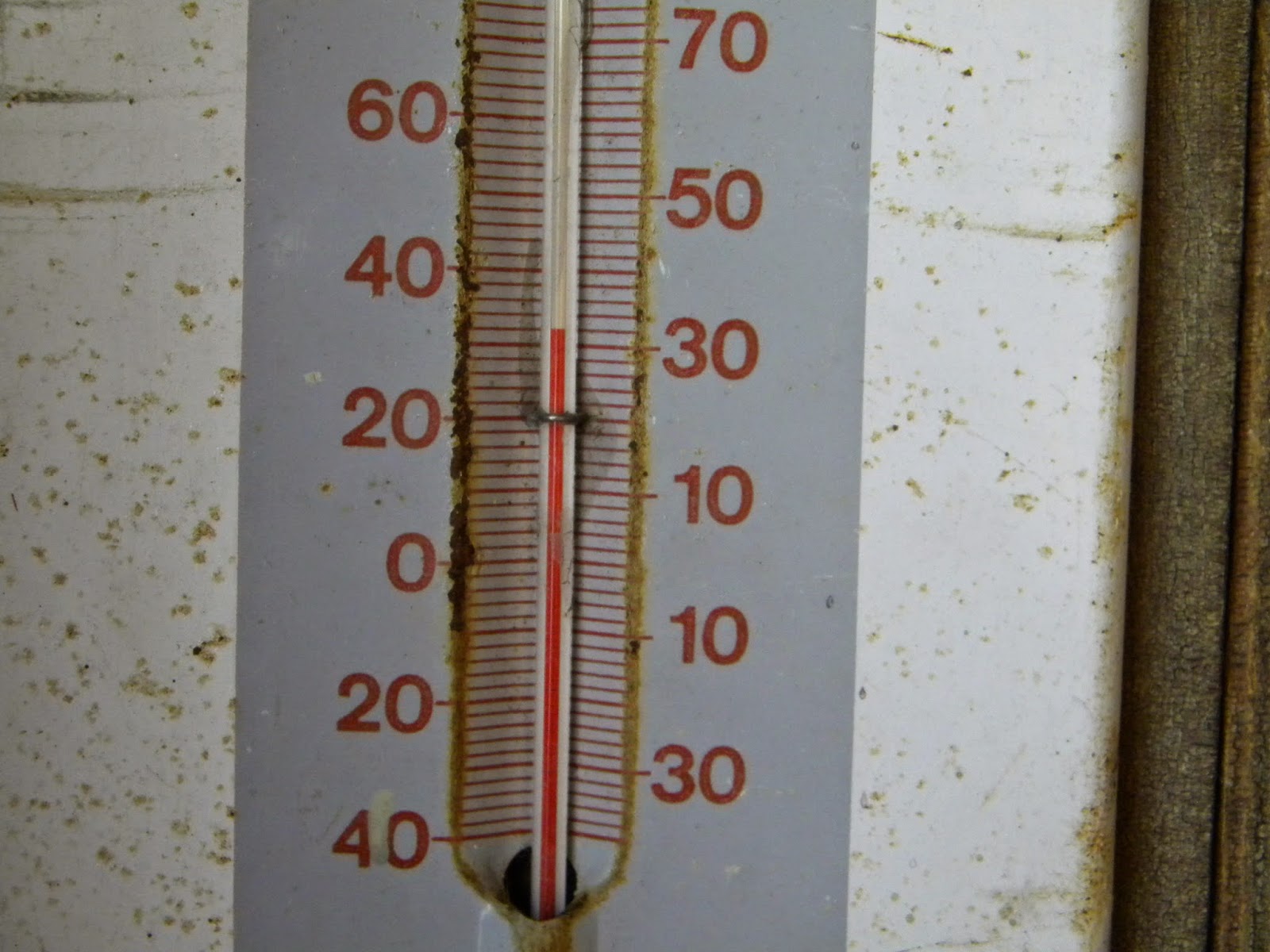 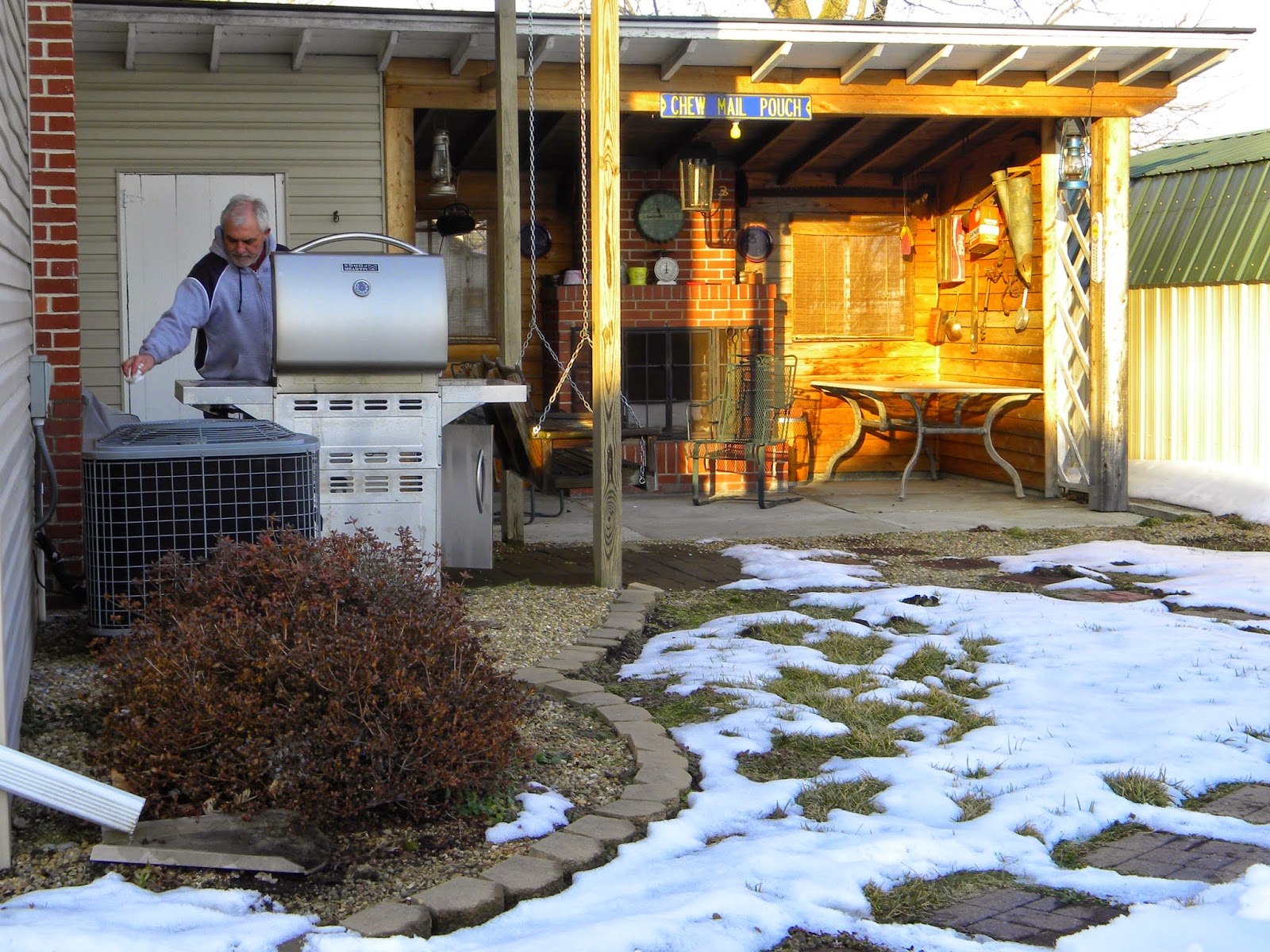 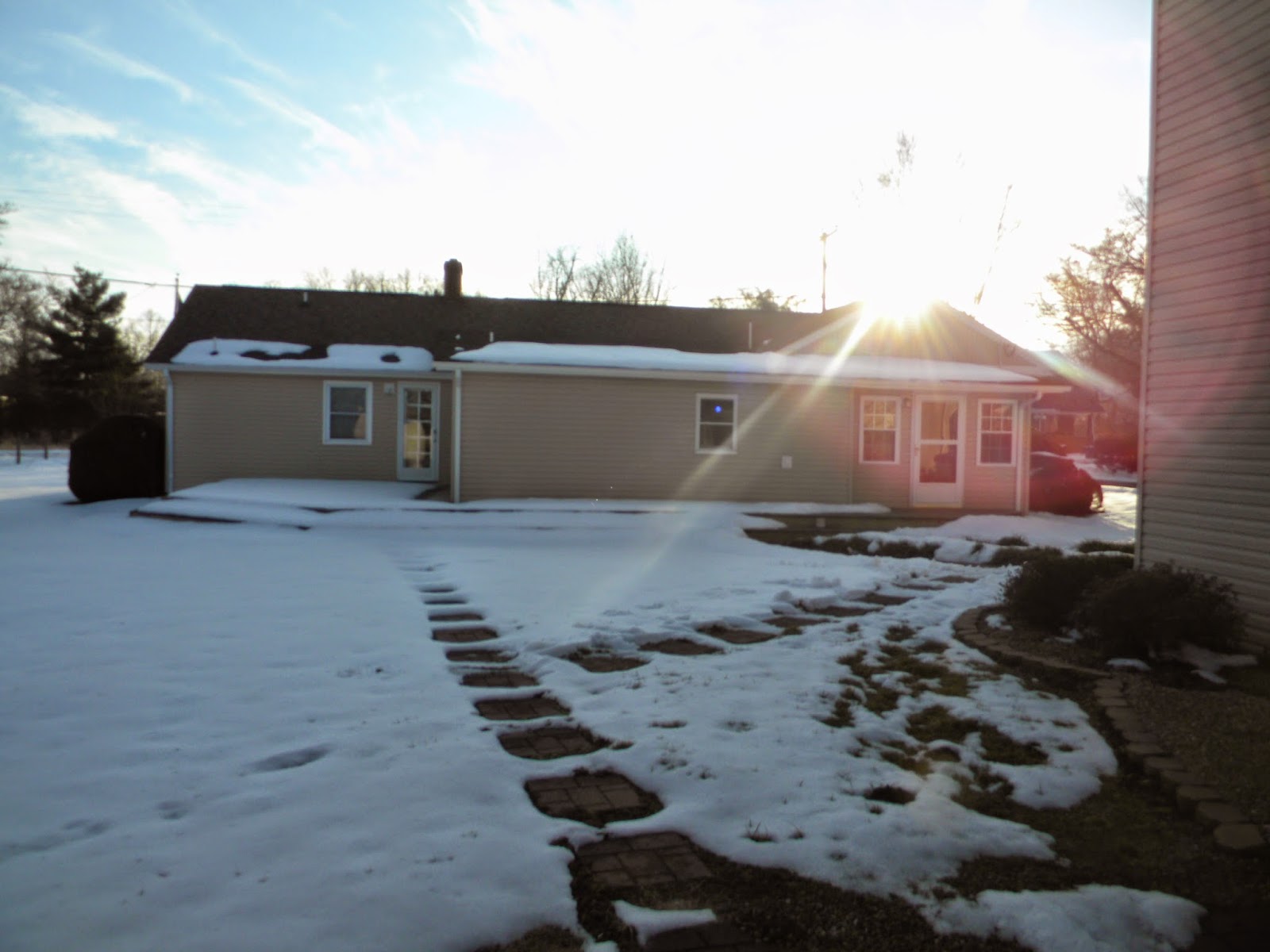 No use arguing with him over this.
The snow was still hanging on.... 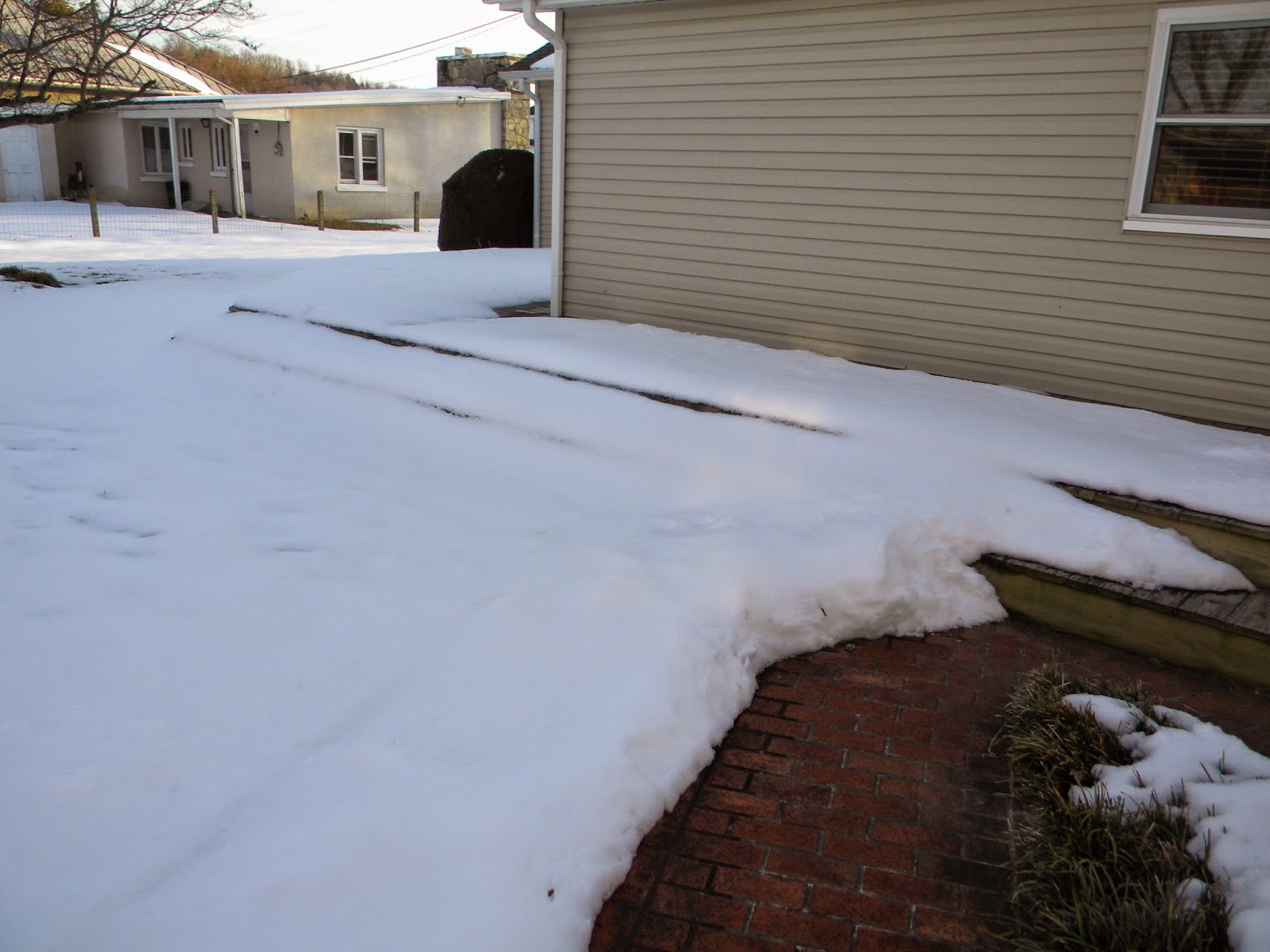 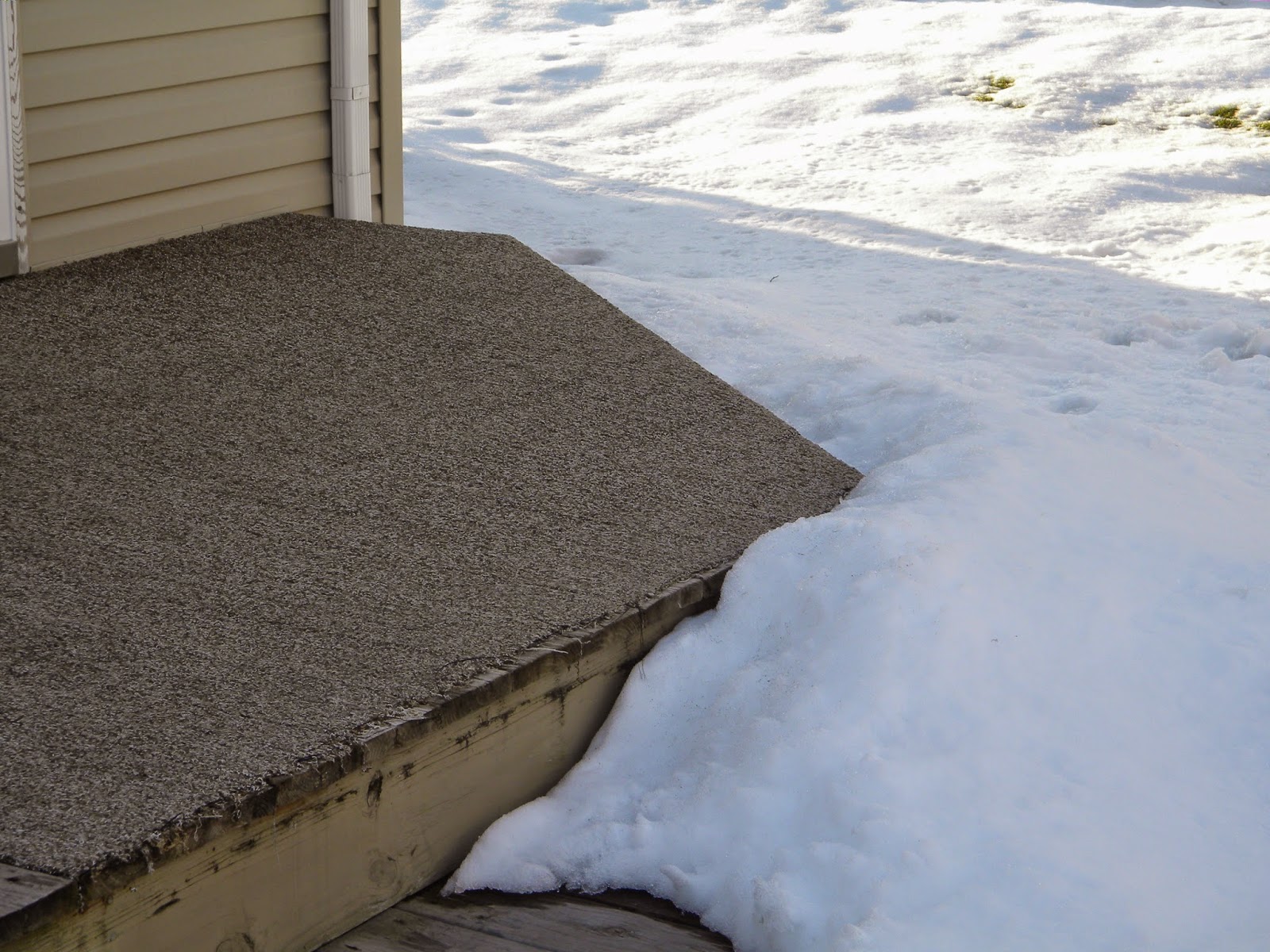 even in our fireplace outside.. 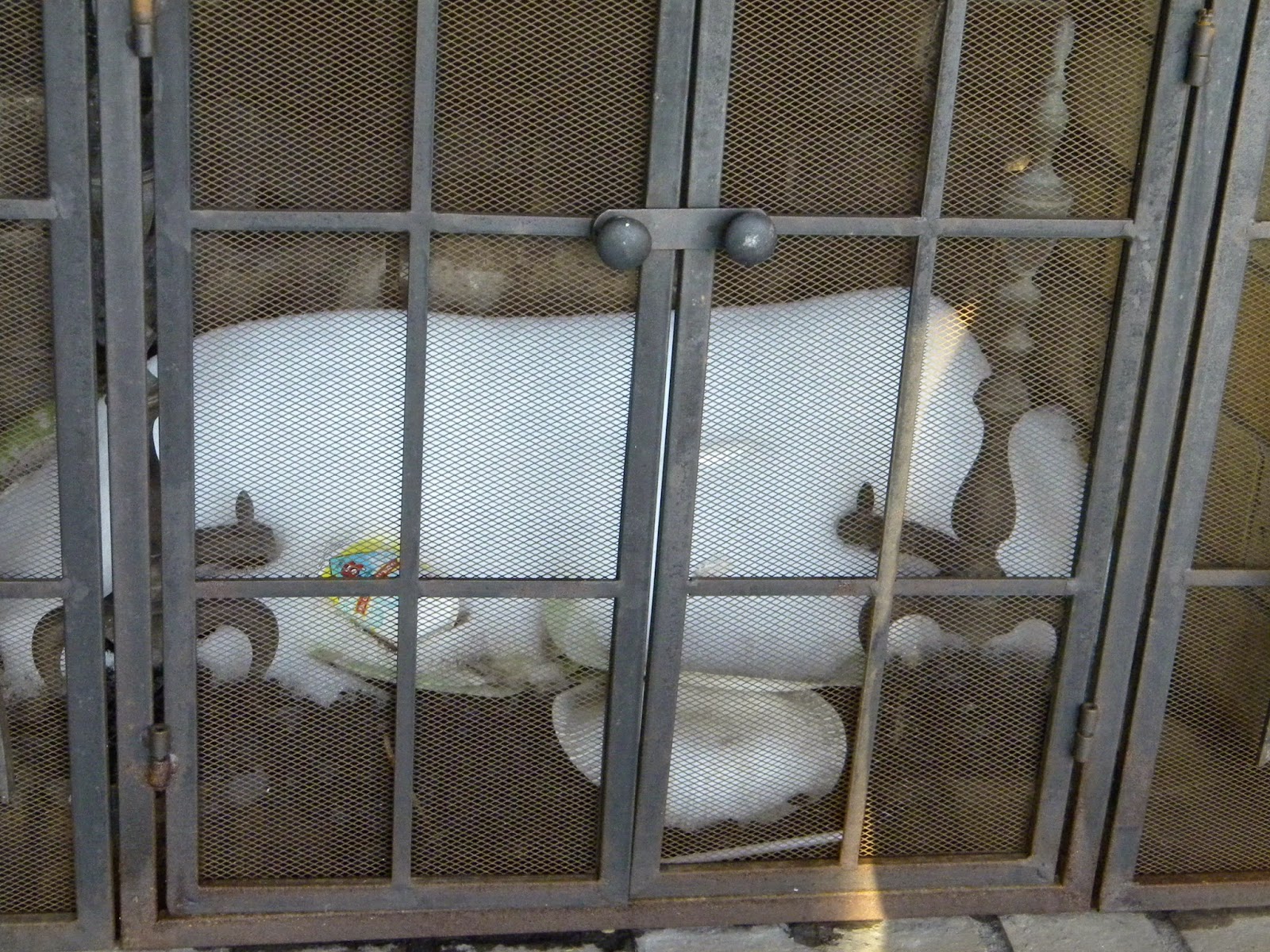 Hub enjoyed grilling and I enjoyed the steak.  We all did!


Now I am beginning to feel overwhelmed because I know tomorrow my feet will hit the ground running and not stop. I also have bus duty all week. 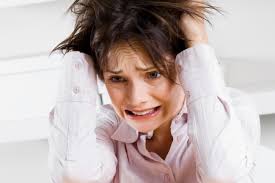 There is a retirement meeting tomorrow after school, and I plan on attending.  Some days I am ready to retire and just walk, and then there are other days when I just can not imagine retiring. Hub, I think,wants me to retire, but I just don't know.  I keep telling him I have the insurance and it is scary to think that I work for insurance but it is the truth.  So we will see....

Getting back in the swing of things will be difficult but eventually it will be okay.

Glad to be joining.  It has been awhile and I have surely missed it.  Thanks Joyce!


1. When did you last have to interact, either by phone or in person, with someone in a government run agency? On a scale of 1-10, how would you rate the experience? (10 being fabulous and 1 being pass the Tylenol)

Just last month.  I rate this experience a 6, the person on the other end probably a 1 with two Tylenols.

2. The current governor of Wisconsin is considering a run for President next time around. Walker attended Marquette University, but never graduated. In terms ofany candidate running for the office of President (not asking here if you agree or disagree with Scott Walker's politics) would the lack of a college degree influence your vote or no? Would that be a factor in your support of any candidate running for public office, even a role less weighty than President?
Oh gosh, I don't really know.  I know some people who have attended college and have not a lick of common sense and I am like-what catalog did your degree come from.  On the other hand, there are people I know who have never attended college and I am like WOW! you could have fooled me.
BUT, a President I don't really know.

3. When did you last visit a place or site named for George Washington or Abraham Lincoln, and what was that place or site?

Many years ago when I visited D.C.

4. February 16th was President's Day in the US, but did you know it was also National Almond Day? I didn't think so : ) Do you like almonds? If so, what's a food/dish/recipe you enjoy that contains almonds?

I love almonds.  I usually keep a bag and when I have an urge for a snack, I grab a handful of almonds.  A recipe with almonds-????

5.The television program Saturday Night Live celebrated it's 40th anniversary this past weekend. Were/are you a fan of the show? If so what has been your favorite (or one of your favorite) skits, sayings, or characters that came out of the program?

My favorite skit has been Mr.Bill episodes.  I can remember college days sitting on the floor in my dorm room watching these episodes.

6. Anything purple within ten feet of you? What is it?

Yes, Grandson's Batman toys.
7. Back in December I asked you to submit a question for a future HP as part of a giveaway I was hosting. I grabbed this one from those entries, submitted by Zoanna who blogs over at Penchant for Pens. Thanks Zoanna!

Bed is made the minute I get up. I have to make my bed!!  wish I could make younger daughter do this but she sees no need to make a bed.  I pull the covers over the pillows.

We finally got SNOW!   It was beautiful! The snow started on Monday and school was closed on Monday, Tuesday, and Wednesday.  The temps are to be below zero for the next few nights so I am thinking no school for the remainder of the week.  I was able to use my time wisely on Tuesday-much cleaning done.
at February 18, 2015 7 comments:

Hello Out There Take TWO


Yep, I hit publish instead of save earlier....

I usually recap my weekend and week  but was kinda busy last night so....I have opted for this--

We have had a very mild winter.  The temps have been warmish and no snow.  Usually we have missed around 10 school days by now.  So now it begins to snow.... 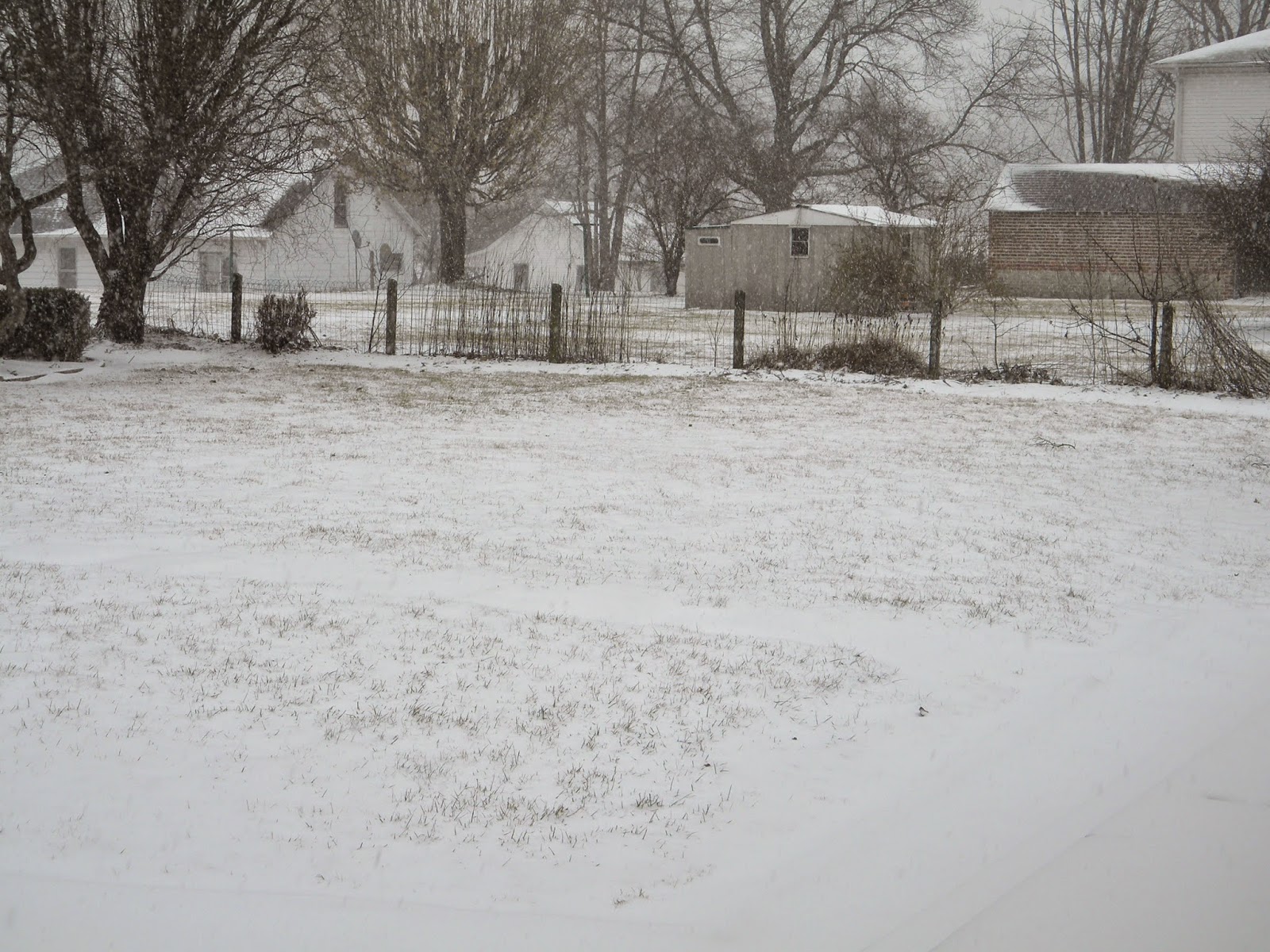 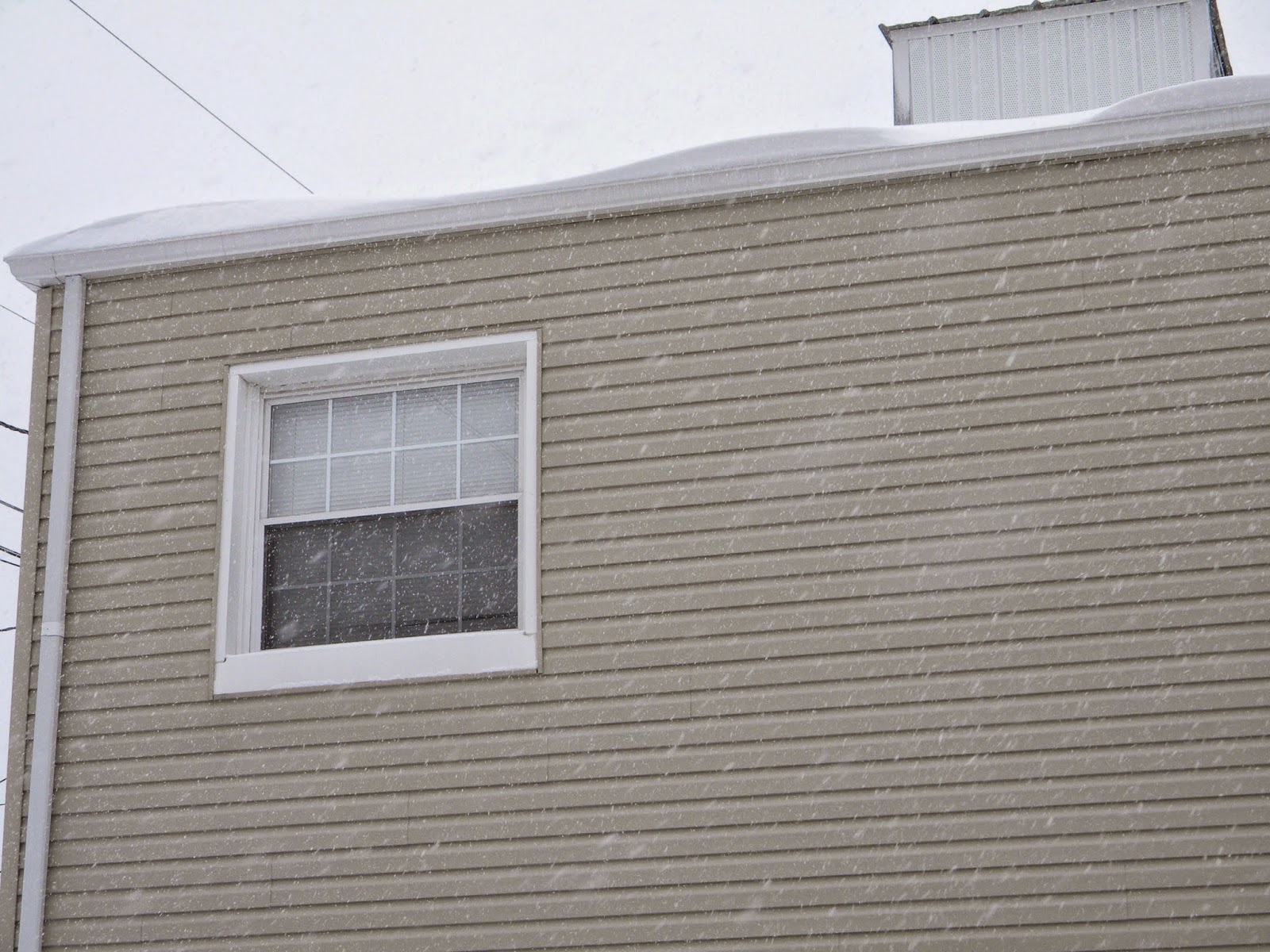 and the temps have plummeted!!

I have a Kindergartener who loves to read!!  I am so thrilled about this. 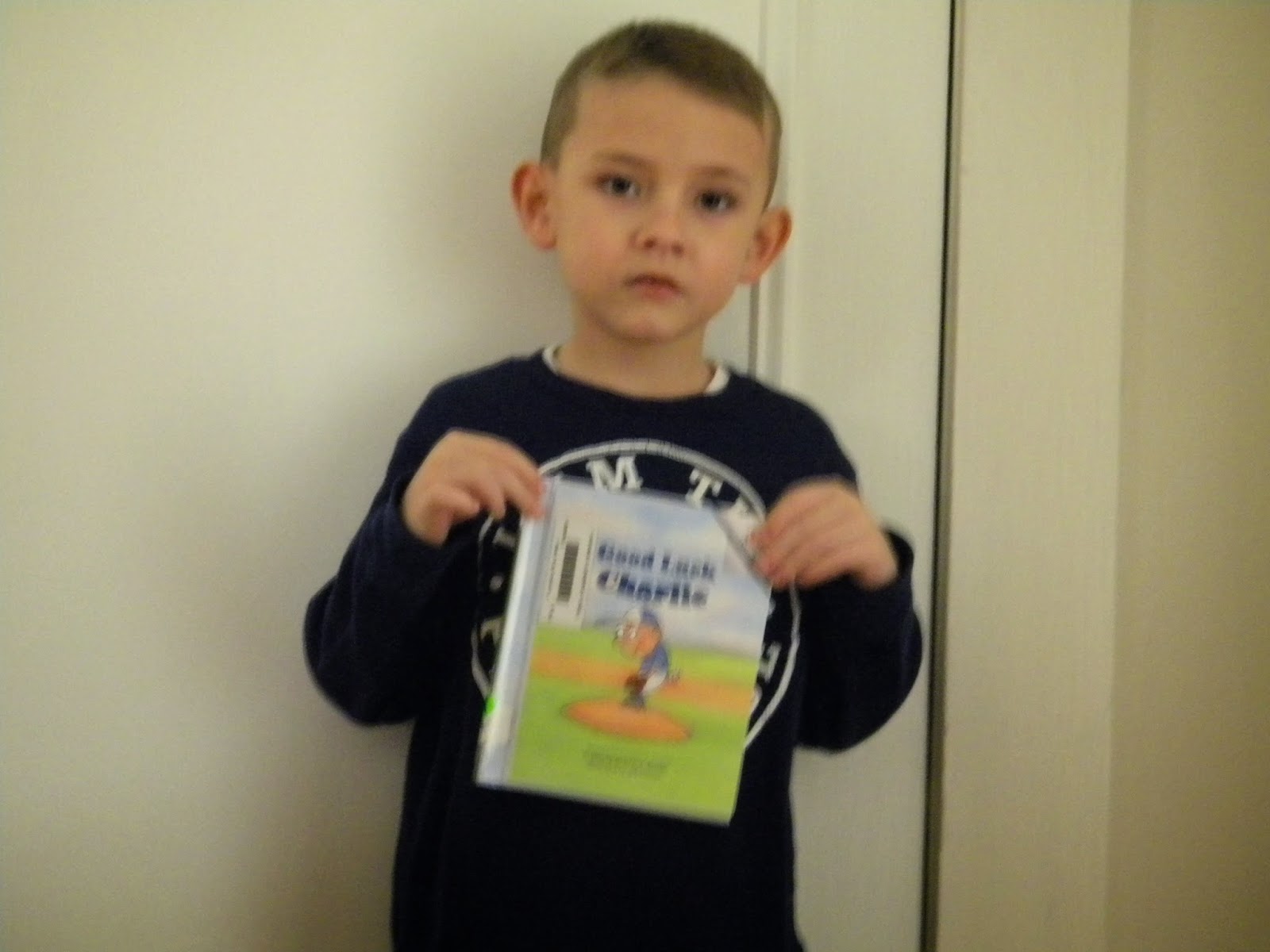 He is in the accelerator reading program.  There are some days when he dislikes reading (as all kids do) but mostly he enjoys it.

He was also chosen Valentine King of his class... 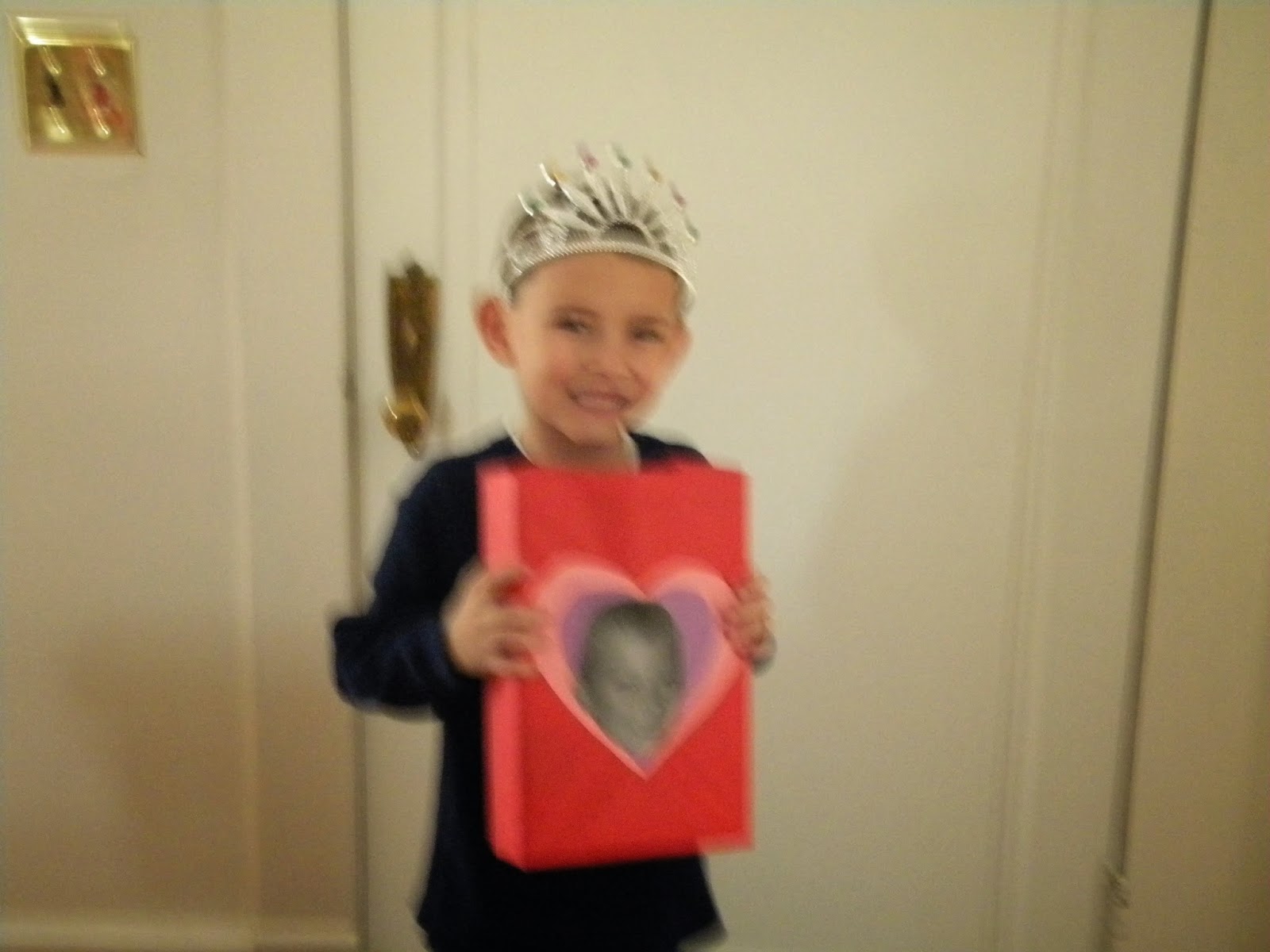 I just love the smile on his face!

Our county is closed today so I have had these two at my house.... 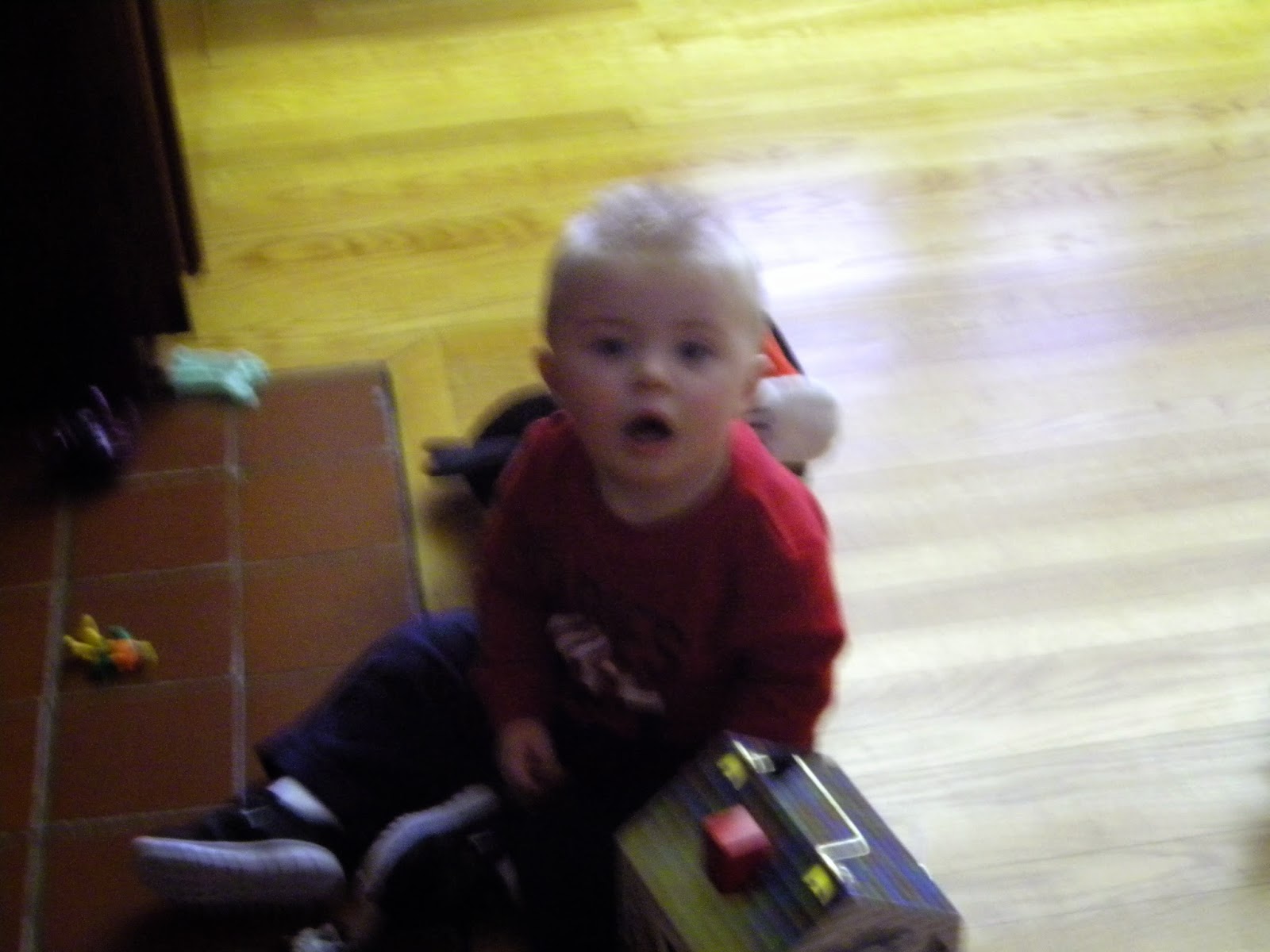 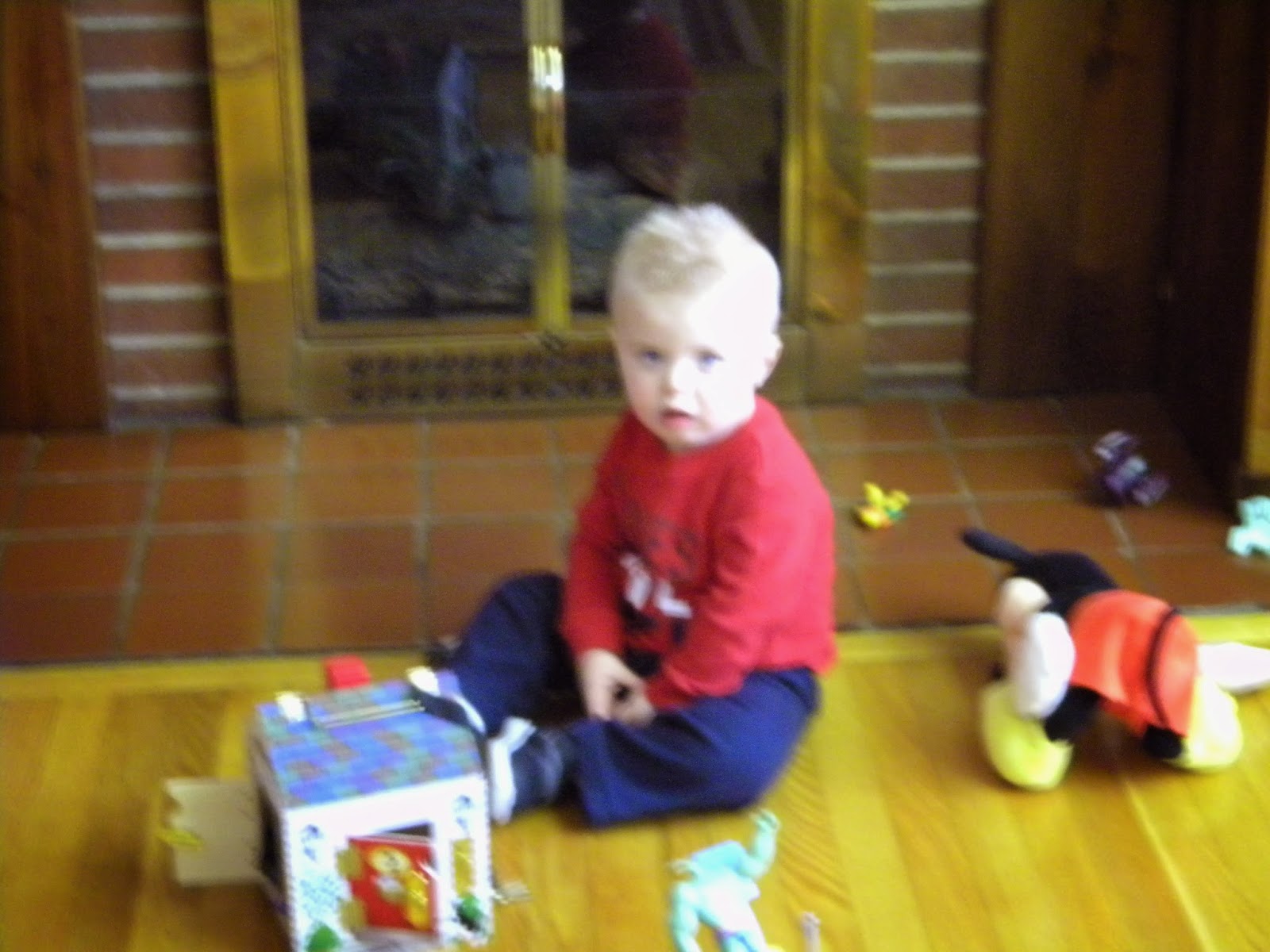 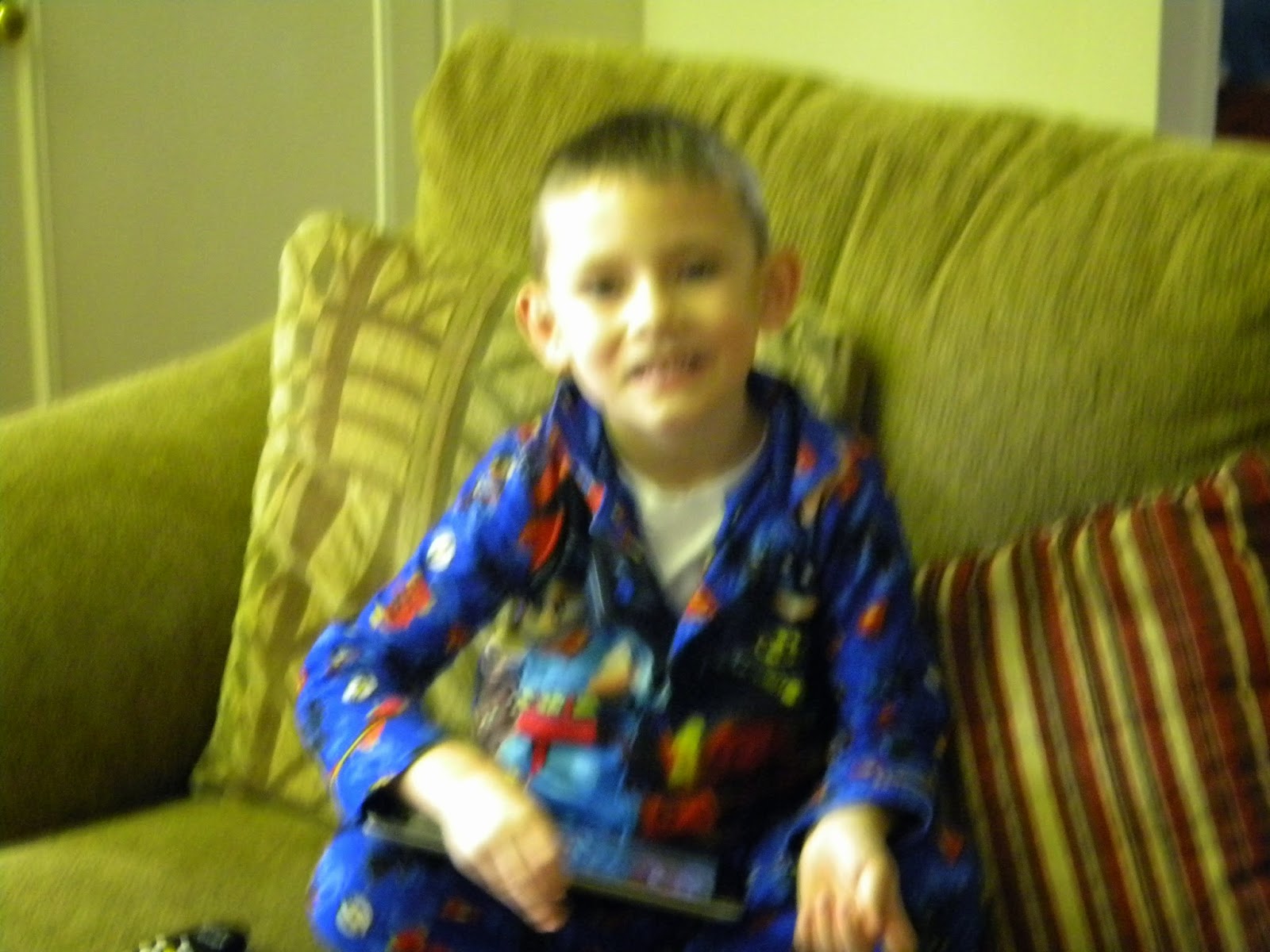 I have a feeling they may spend the night tonight.....

This weekend I purchased my mother-of-the  bride dress.  Glad I was able to find what I like-well, I found more than one dress I liked but....when trying them on-there was only a couple that I felt comfortable in.  Daughter was relieved--one less thing to stress over.  We have also booked the church and the country club so slowly but surely things are getting done-HA!

Little one is getting up....all stay warm and be careful if traveling.....