This was my first full week back in school-whew I didn't realize how tired I really was from all the wedding stuff.  I had difficulty sleeping or staying asleep all week.  It was as though my body was still going full steam ahead.  Many nights I was wide awake by 3am.  Hoping this week will be somewhat better- sleep wise. 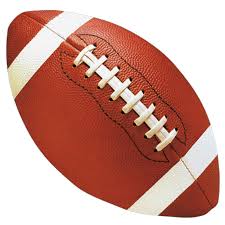 Friday, I kept grandson.  Hub and I took him to a football game.  He really does not like football but I told him we would only stay till half-time. To tell the truth, I only wanted to stay till half-time, too. Nate did enjoy some of the game and seeing some of his friends. After we got home and his bath was over with, we played and then he zonked out.

Saturday, our church offered free haircuts, vision screening, hearing screening, dental screening, and backpacks full of school supplies.  I went and helped out with this-showing people around each station.  Later that evening my church invited Liberty University SOAR Dunk Team to come to our local high school.  These young, Christian men are amazing to watch. The event was free to the public and I think over 700 people came.

Daughter and hub made it safely back from their honeymoon!  They came down Sunday and we took them out to eat.  Then they wanted us to come up and see their apartment. I helped daughter put some more wedding gifts away while hub relaxed on the couch and Nate and Kenneth played X-box. Both daughter and her hub seem so happy and so in love.  This makes me smile.

1. It's hard to believe, but next week's Hodgepodge will find us in the month of September. What's one thing you want, need, or hope to do still before summer officially ends?

I desperately need to clean out the garage!!  It is piled with so much junk-YES junk!  It seems like whatever we don't want to put away we put in the garage.  I plan on (key words plan on) cleaning the garage this weekend.
2. When were you last at 'your wit's end'?

When trying to figure out a purchase on I tunes.....and trying to explain the situation to someone who does not speak English fluently and trying to get ready for daughter's wedding at the same time!! 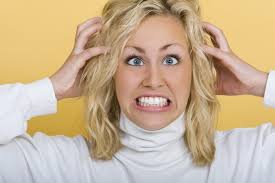 3. Describe a time you were figuratively thrown into 'the deep end'?

I can't think of a time when I was thrown into 'the deep end'!

4. Does the end always, ever, or never justify the means? Explain.

I don't think the end justifies the means.  I don't think one should use bad/wrongful methods to accomplish something good.
5. What makes your hair stand on end?

I absolutely am scared to death of riding the swings at an amusement park.  The swings are grandsons favorite ride, wouldn't you know it.  This summer before getting on the swings I said a prayer and sang the entire ride!

6. I read an article on the website Eat This! Health, that listed 11 foods we can eat to help end bad moods. Basically it's a feed your brain so you're less anxious, grouchy and lethargic. The foods are-mussels, swiss chard, blue potatoes, grass fed beef, dark chocolate, greek yogurt, asparagus, honey, cherry tomatoes, eggs, and coconut. Which of those do you think would most help end your own bad mood? Which do you fear, if forced to eat, would put you into a bad mood?

Interesting...I like most all of the foods Joyce has mentioned except swiss chard.  I have never seen blue potatoes.  I eat greek yogurt for lunch everyday, and asparagus is eaten a lot at my house-I heard asparagus was a great cancer fighting good, I take a teaspoon of honey every morning, love cherry tomatoes, and I usually buy grass fed beef at the store.
I guess swiss chard would put me in a bad mood but then I would counter act with cherry tomatoes or the others to get me in a better mood.
7. What project around your home, office, or life in general feels like there is 'no endin sight'?

8.  Insert your own random thought here.

I made it through my daughter's wedding!! (sniff sniff only a few times) .  This is my first full week back at school and it appears to be going smoothly.

Friday, daughter and her friends left for a weekend get-a-way before her BIG DAY Saturday! (sniff, sniff)

There is still much to do-in terms of wedding-but hubs and I did not do much or even talk wedding. Well, hub tried, but I would begin to get a little teary eyed and the conversation switched to something else.

Saturday, hub and I went with daughter #1 to look at vehicles.  Daughter #1 seldom has any time off, except on Saturdays when she closes the pharmacy at 2.  As we began looking at vehicles, daughter spotted a truck she has been wanting.  The salesman knew hub so we did not have to listen to the  sales pitch one normally gets when looking at vehicles.  The salesman brought the vehicle home to daughter later that evening and later she took hub and I riding.  It is a smooth ride. Of course, I had difficulty climbing in and out of the vehicle a couple of times but that is par for the course. I think she is making the guy an offer today-fingers crossed.

A busy week for me-one that is also very emotional.  Prayers are appreciated

The last major move was 34 years ago.  Hub and I moved back to Virginia from Tennessee.
However, over the course of our marriage, we have moved 7 times. Our first house we built and as we all know when building after a few years there are some things one wishes he/she had built differently.  The other moves have consisted of buying older homes and remodeling.  The house we live in now-some of the bedrooms are 100 years old.  I don't care much for remodeling-hub can see the finished product-me I see an old run-down house.
2. When were you last 'moved to tears'? Explain.

This one is easy.  A couple of weeks daughter #2 was in her friend's wedding.  Seeing her walk down the aisle, it occurred to me this would be her in two weeks!
3. Do you have rules about eating in the car...any forbidden foods? What's the last thing you consumed in your car? Your go-to car snack when traveling long distance?

Yes, I have rules about eating in the car.  You may eat a snack but not a meal.  My go-to snacks are almonds and fruit.  When #2 daughter played college basketball, hub and I traveled a lot to her games.  I would pack a small cooler of fruit-grapes, apples, red cherries, and slices of cheese. Most of the time, hub was not a happy camper with this, but he learned to like it somewhat.

4. Share a favorite song relating to cars and/or driving.


5. What's your most frequently visited drive-thru...Starbucks? the bank? the pharmacy? some other window?

Since daughter #1 owns her own pharmacy, I frequent this the most!
6. "He who hesitates is lost"...would you agree? When it comes to making decisions do you generally act quickly or do you more often than not fall into the 'lost' category?

I act quickly-too quickly and then regret that I did.  I need to just sit back and look at the situation through all the angles.
7. When was the last time you got lost? Was it stressful or an unexpected happy adventure?

Can't remember the last time I have gotten lost.  With a GPS I feel much better traveling.
8.  Insert your own random thought here.

School begins today for teachers today and the kiddos start next week and then youngest daughter gets married!


Tomorrow will be my last-first day of school. I am retiring in December.   The kiddos will not be starting until August 19th.  Emotions are mixed at this point.  Truthfully, I still get a little excited about the beginning of a new school year. To me, the first day of school is always  'a new beginning.'

Last week, hub and I took 'little man' to Pigeon Forge for an entire week.  He swam a lot.... 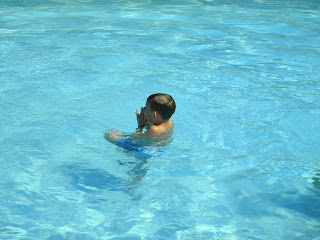 Temperature each day was in the 90's to 100!  The water was almost like a hot tub.  It was hard to get that refreshing, cooling feeling.

We ventured out to Dolly Wood for a couple of days.  I must say the water rides there were refreshing and so welcoming. Dolly was actually there the last day that we were. Now I know why it was so crowded ahem!  Dolly was introducing the newest ride attraction coming to Dolly Wood in 2016.  Of course, we didn't see Dolly-but all the staff members did. 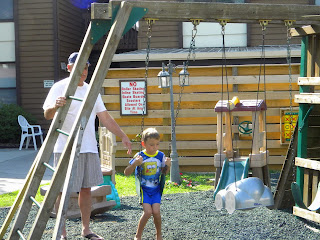 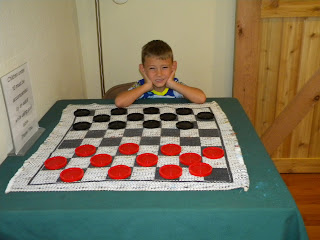 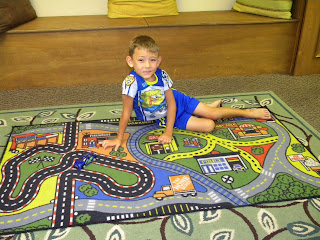 Hub and 'little man' rode the alpine coaster.  This was one ride not for me!  I did ride go cats with them a couple of nights.  Hub can't pass by an arcade without going in and neither can 'little man.'  He collected over 700 points and was so amazed at the prizes he could get. I particularly liked the teeth he chose. 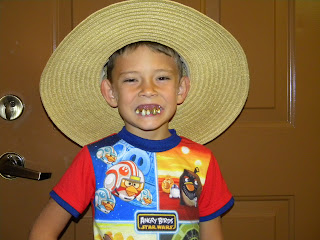 It was a fun week and kinda a break from all the hustle and bustle that is going on around my house here lately. 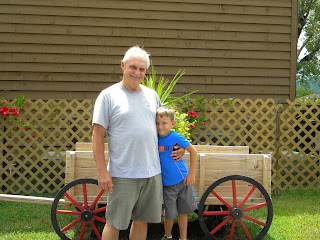 I did not want to leave, but the real world was calling us home. 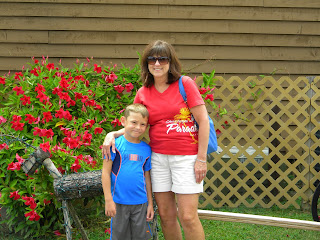 Now it is back to the beginning of a new school year and oh yeah a wedding that will be happening in two weeks!