1. This is the last Hodgepodge in April. Share something you learned this month.

2.  It's National Poetry Month, and we all know you can't escape an April Hodgepodge without a little poetry. Keeping the first line as is, change the rest of the wording in this familiar rhyme to make it your own - 'Hickory Dickory Dock...

3. What were one or two rules in the home you grew up in? Growing up, did you feel your parents were strict? Looking back do you still see it that way?

Never say you dislike something that was placed on the table to eat and always respect your elders. Honestly, I feel my parents were not that strict...demanding sometimes but not strict.

4. Tell us about a kitchen or cooking disaster or mishap you've experienced. Do you have many from which to choose? 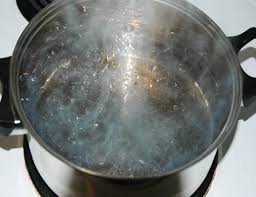 I was boiling water (going to fix a boiled egg) and I forgot to put the egg in.  The water evaporated. Most definitely have many cooking disasters....daughters still tell my meatloaf story and french fry story---I am too embarrassed to talk about these.

5. Plant a kiss, plant doubt, plant a tree, plant yourself somewhere...which on the list have you most recently planted?

6. What's your most worn item of clothing this time of year? Are you tired of it?

Capri pants...not a bit tired of them.

7. I'm wrapping up the A-Z Blog Challenge this month and our Hodgepodge lands on letter W. What's one word beginning with W that describes you in some way? How about a word to describe your home, also beginning with W?

Watchful--I am doing a lot of this lately plus working!
Warming and Welcoming-I would use to describe my home. 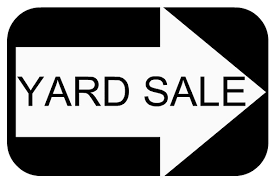 RAM is in our area this weekend--yes, I am helping out.  Also this is the weekend for my team- Relay For Life yard sale!  Busy, busy, busy..just hope the weather cooperates.


Hub and I left Friday evening for Pigeon Forge, Tennessee.  For once, no agenda....just do what we what and when we want.
It drizzled most of the way...a light rain drizzle.  Holy Smoke---when we were less that 15 minutes away, I looked out the window and saw hail!  There were patches of hail, I would say at least an inch think in the parking lots and on the sidewalk. Quickly, I rolled down the window and stuck my hand out and the air was a little cooler than I had expected.  While we were checking in to the condo, I asked about the hail...I was still in disbelief.  The nice gentleman told me they had experienced a hail storm about an hour ago.  Oh my...I had seen the after effects...

Since it was a little late when we arrived, hub and I opted to just munch on some snacks instead of a heavy meal.  We walked to the area with the fire pit and just sat around and munched on cheese/crackers, olives, chips, and our beverages.

Saturday was a perfect day...not too hot or too cold.  After breakfast, we headed toward Tanger to walk off our breakfast...at least this is what I told hub we needed to do.  Hub didn't mind going...thanks to the weather!

After Tanger, we ventured to the Island...had a few samples of wine...bought a few bottles and headed back to the condo. 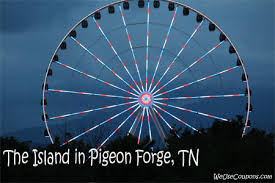 It was such a lovely evening we sat outside on the picnic table taking in the last few rays of sunshine.  An older couple came by from Ohio and we enjoyed a nice conversation with them.It turned out this nice couple had an aunt who had stayed at our local campground.  I enjoy staying at this particular place...family oriented, and we always meet some nice people and have great conversations.  It is a small world.  Later, we went out to dinner.  I noticed it was more crowded than usual...so I asked what was going on.  There was a woman's convention...Women of Joy...10,000 women were in town!  I told hub he had better be good...he was in the minority.

We have been promising daughter we would attend a baseball game...the guy she is seeing is a coach and his son plays.  On Sunday, we drove to watch the game.  It was hot...I know I shouldn't complain..but I was burning up....the sweat was rolling down my neck.  The heat did not bother these little guys ( 8 and under).  They played well and took second place.  Shew, I don't know how they play in the hot sun.

An enjoyable weekend....with no agenda...Yes, I could do this again.

What a glorious, sun shiny weekend!!!

The temps have finally turned the corner....warmer weather came!!

It has been a busy week for me.  I forgot how tired a teacher is on Friday.  Being back in the 'swing' of school took me by surprise.  Friday evening I crashed early.

Saturday was Prom for my local high school peeps.  Seeing all dressed up made my heart skip a beat.  Some came by to let me see them...which is hard to believe that just 4 years ago I was trying to get them to pay attention in English and Math 8 class.  How gorgeous all the couples looked.  I wished them all a happy time but most of all to  be safe out there.  The weather couldn't have been more perfect.

Sunday, hub and I just sat around watching a bird feed her little ones.  I had never paid much attention to birds until this afternoon.  Amazing to see how the mommy bird was flying back and forth feeding her young.  Every time the mommy bird left, I could hear the birds chirping away.  I told hub I want to see the little ones leave the nest and fly on their own.

It is back to work/school for me tomorrow.