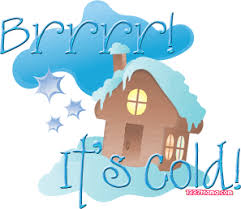 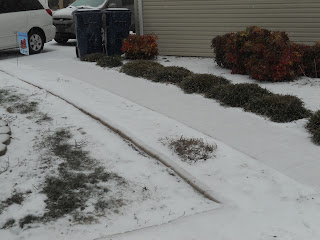 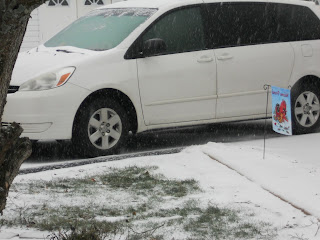 Old Man Winter-gave us another 'no school day' in our county on Friday.  An ice storm hit our area and Brrrr... it was cold.  It may not seem so cold to others, but our winters have been mild for the past couple of years and as a matter of fact,  just a few weeks ago, the temperatures were in the 70's so Brrr...double Brrr. for me.  The forecast for the upcoming week has the temperatures in the 60's so...and up and down roller coaster for sure.

Hub went to the sitter to get grandson on Friday, and he spent the night with us.  He amazes me so much-especially with his technology skills.  I let him use my I Pad and he has his own folder for his games.  I learned a new lesson.  I purchased a game for him-typed in password and all-but didn't realize once I typed in the password, he was able to just hit install and....he had purchased more games!  Yep-Wow-there should be something to shut the 'thing' off so no one could just hit install without typing in password.  Maybe there is but as of right now I don't know-if you do-Please let me know.  As of right now, I know I have a somewhat large bill for Angry Bird games. Ouch!

Grandson is addicted to Angry Birds and loves knocking the towers over.  After many minutes of tediously building the tower, Kaboom-it is destroyed in literally seconds.  Hub had to be encouraged to try his skill at building.  I wish I could have thought of this game-definitely retirement could be in my future then! 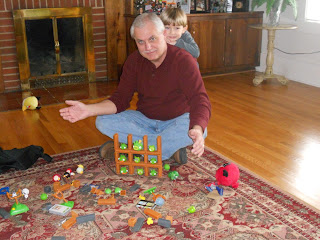 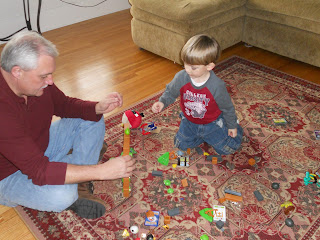 Went to watch a college basketball game on Saturday. #2 daughter's boyfriend was playing only a few minutes from home, so we were able to go and see the game. 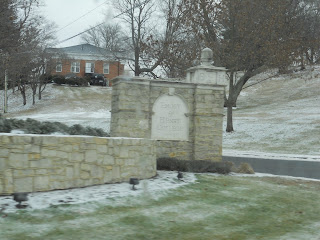 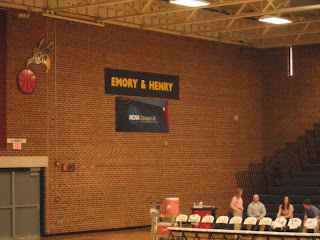 My cousin came with her boys. 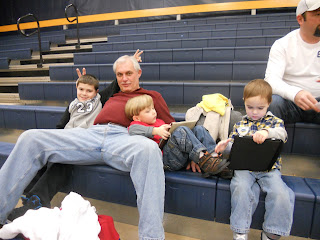 As you can see  both the little guys have their own I Pad and this kept both boys settled during the game.  I was thinking back when my girls were this age-gosh how did I keep them settled? Of course I know the answer to this-which was simply -if you don't behave, then to the bathroom we will go.  Times sure have changed.  They did watch some of the game especially Nate-I just simply took the I Pad and reminded him of the bathroom trip, 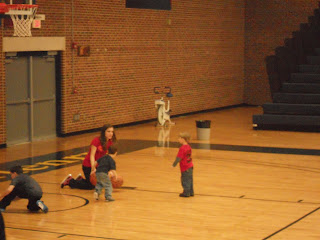 Then he was allowed to go on the court and shoot the basketball a while.

This morning in Wee Worship, I had 12 little ones.  We made our special hats after the lesson on how important we are to God.  Shew--some days they do wire me out, but I love every minute of it! 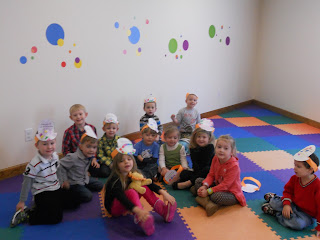 Enjoy your week and Enjoy Life...