#1 Daughter wanted to try a new recipe -she had actually learned this from one of her friends at pharmacy school.  Since I am not known as a chef in my house, I gave her the green light.

\
She went to the store and bought the ingredients and began.
First, she cut the chicken. 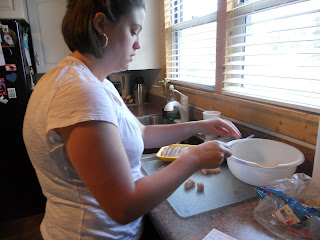 This took the longest or it seemed like it to me as I watched.
Then she mixed other ingredients in with the chicken-don't know what they were:( 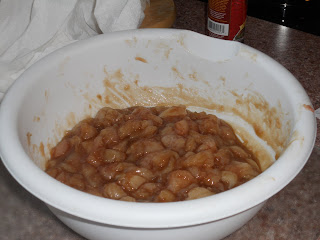 This smelled good...but it wasn't cooked yet.
She started the rice. 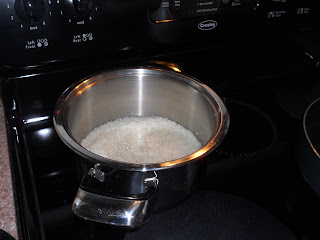 Then began cooking the chicken. 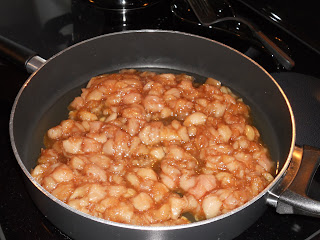 Gosh-it smelled better than before.
I could tell she was a little nervous because she kept saying I hope we would like it.  It it tasted as good as it smelled---no problem.  However, if we didn't like it we still had salads to eat--I prepared the salad:)
Ta Da......... 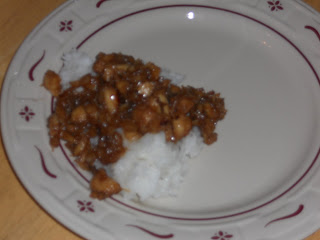