Loved New York City!!!! and I am a Yankee Fan!!!! this was the main reason I went to watch the Yankees!!!

Charlie was skeptical about the trip.  Like I have mentioned so many times, he does not like to travel or even leave his town!!!  He is very content being at home and never leaving. On the other hand, I love to travel and see places I have never seen before.

I do believe the only reason he was a little 'fired-up' about the trip was because of the car he was looking to purchase while there.  We went on a tour bus which made me happy.


We were able to tour the city while there.  On Thursday and Friday we toured the city. 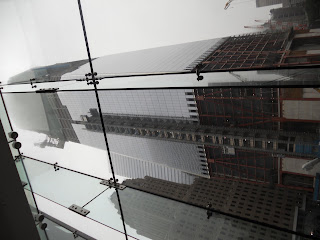 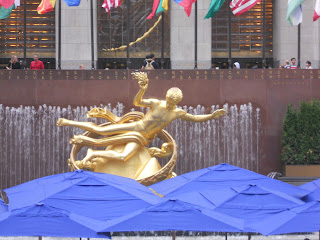 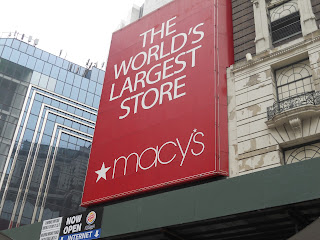 I was able to do some shopping!!!!!!!  I just ran out of money and time!!!!
Next on to the ballgame.  Growing up I lived in Baltimore before moving to Virginia so I loved going to watch the Orioles play.  I became a Yankee fan years ago because of the pitcher--honestly I can't remember his name but I thought he was the cutest man alive!!!  So I became a Yankee fan which is unheard of in my part of the state!!!! 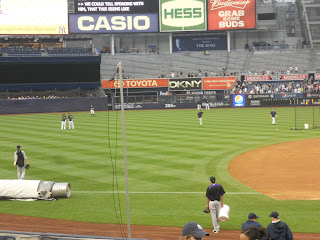 I enjoyed the game even though the Yankees lost on Friday night.

The Yankees played Saturday but this was the day Charlie had planned on meeting the car saleswoman and looking at the VW convertible.  Telephone conversations had been on going since he found the car on the internet and had arranged to meet on Saturday after making a deposit.  I agreed to give up the Yankee ballgame for a VW convertible. First-the saleswoman was one hour late!!! and she didn't bring the car.  The saleswoman said she would be taking us to the car lot.  Okay, no big deal.  WRONG!!  I rode up front and Charlie rode in the back and believe me I was hanging on for dear life.  She drove like a maniac. She called her boss and was speaking to him on the way.  I asked her why she was speaking in Arabic and not English.  No response.  We arrived at this place-which wasn't a car lot.  I don't know what you would call it but it didn't look like a car lot to me. There was this itsy tiny building. and we went in.  The owner was there but the car we had made a deposit on wasn't.  The owner explained he was having someone check it out for us.  I had to go outside because the smell in that room was giving me a headache-some type of incense they were burning.  As I was standing outside I see the VW but it was not like the picture or the information they had given Charlie.  The top was painted black-just freshly painted.  I know that it was just freshly painted because when I put my hand on it; the top was wet.  Now this car was supposed to be in mint condition.  No way!!
Charlie explained to the owner I wanted a beige top not a black top.  They could keep our deposit; and we would be on our merry way.  Now I have been in many sale situations (Charlie loves to trade/buy vehicles at least every year) and I have always been kinda pressured to buy-but not this guy.  He said his saleswoman would drive us back to our hotel and he would give us our deposit back.  Huh? So we went back inside the building and he wrote us a check; of course I wanted cash but I really wanted to get the H--- out of there.  The saleswoman drove us back in the VW; Charlie up front and me in the back.  She got lost taking us back to the hotel and we drove and drove and drove and drove.  Finally, I said let's stop and ask directions.  Well she stopped all right at a Dunkin Doughnuts to go in and get her some coffee and doughnuts.  Charlie finally told her to stop at this station and he went and asked for directions.  We made it back 3 hrs. later.  I was so happy to see our hotel.
So I took a little walk to ease my frustrations.
After gaining our composure, we were still upset about the entire ordeal. So.......