It wasn't supposed to be this way.

Daughter #2 was leaving Sunday (May 26) to begin grad school in Roanoke at the Carillion Hospital (the doctorate of physical therapy program).  We (family + boyfriends) helped her move the heavy stuff (furniture) and clothes the week before.  Hub and I had it all planned to make this a smooth transition move because daughter is a home body type of gal.  Since this was to be a long weekend, we would take grandson and spend the night with her.  Plan was to leave right after church.

After church, I drove the van with daughter and grandson.  The van was packed with some other 'stuff' --lamps, coffee pot, hampers, things we didn't get to pack on the first move.  Hub was to take a walk through and make sure we had everything and then leave.  Daughter, grandson, and I were off.  Daughter and I were talking about her future, and I was convincing her she would make new friends and all would be okay.  About an hour into our trip, hub called.  He wanted to know if I had loaded our bag (clothes, etc.).  I told him, no I hadn't.  I heard the sigh-the puffing kind of sigh.  So I reminded him that he was to do a walk through and had he forgotten to do that.  Hub, thankfully, hadn't been on the road all that long and turned around to get our bags.  Daughter and I looked at each other and grinned on this one.

We made it safely here. 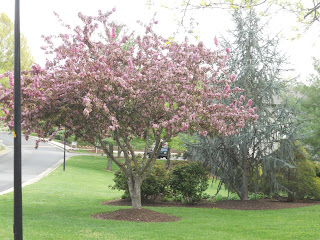 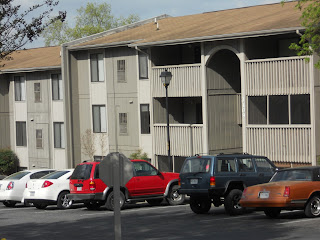 When daughter and I arrived at her apartment, it smelled musty.  Daughter said it had smelled that way earlier and it was due to being closed up.  I told her to open up the windows and the fresh air would help. I got grandson situated so I could begin unloading  the van-going first wasn't a great idea because I was stuck unloading.  When hub arrived, the van was completely unloaded and I was a little exhausted to say the least.  Grandson wanted to walk around and go to the playground before dinner.  After playing on the playground, we went back to the apartment to freshen up before dinner.  I was still smelling the musty smell, but hub and daughter said they thought the smell was getting better. We went on to dinner and when we came back, we walked around the apartment complex some more.  By this time it was a little before 10pm and I knew I had to give grandson his bath.  Daughter volunteered to bathe grandson--yeah for me.  While daughter was bathing him, I was still not happy with the smell, so I began searching for some clues.  The smell was worse in her bedroom.  I took off my shoes and when I walked close to the window in her bedroom-my feet were getting wet.  Then I got on all fours and patted the carpet.  Not only was my hands wet, so were my knees.  Gosh where was the water coming from.  Naturally, I yelled for hub to check it out.  He couldn't find the source of the problem.  Quickly, he called maintenance.  Now, I had my doubts maintenance would come out-it was probably 11 by this time and it was a holiday weekend.  Maintenance did come and the problem was found, but the carpet had to be ripped up and the padding and a huge dryer like thing was put in her bedroom to dry the floor  and a humidifier was also put in the bedroom.  There was no way one could sleep in the apartment tonight.  Grandson was almost asleep on the couch.  Hub called Holiday Inn and got us a room.  Daughter, grandson, and I went to the Holiday Inn, and hub came later-he wanted to make sure maintenance knew what he was doing. 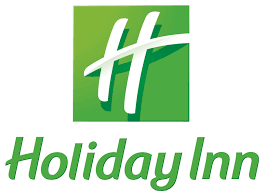 Daughter and I got grandson settled in.  Then daughter wanted something to drink and so did I. How come one seems to be thirsty when there is nothing to drink.  Glad the vending machines were close by.  Hub arrived shortly and said maintenance was still working.  Hub was telling us where the water problem had come from when grandson asked us to turn off the lights and go to bed.  All slept well and the next morning woke up kinda late.  Well late for us if you are use to getting up by 6 every morning.

We went back to daughter's apartment.  What a great smell!  New padding had been put down and the  carpet was replaced.  This made me smile.  Daughter still had some errands to run-last minute stuff to get so we ventured out again for more stuff.  Finally, I do believe we had gotten all she needed-at this time anyway. Hub, grandson, daughter and I grabbed a quick early dinner.  I could tell daughter wasn't ready for us to leave, so we hung out for a few more hours with her.  When it was time to leave-here came her tears which of course made me cry. After hugs and kisses we were headed home.  About 30 minutes on the road, grandson said he didn't see 'ding-ding' that is what he calls daughter behind us.  I explained to him that she had to stay and go to school.  He let out a scream and started crying. Oh my gosh it was a piercing scream and cry.  Bless his heart; he just thought she was following us.  I just let him cry it out and he stopped shortly.


Even though, things didn't go according to plan; helping daughter settle in was worth it.

This weekend I didn't get much accomplished.  I was really wore out from this last week of school.  Hub and I calculated and in 4 days, I was at school for 49 hours.  So this weekend I have been very lackadaisical.  Tomorrow I plan on trying to clean the house.  At least this is my plan.