Saturday was Senior (athelete)  Day at UVA-Wise.  This was the last time the girls and boys will play basketball on their home court.

There are five girls who are seniors on the team and three of the five signed when #2 daughter signed-so the three girls have become very close.  Tears were shed-what do you expect from girls, right?  Memories were shared and stories (ones I didn't remember) were told. 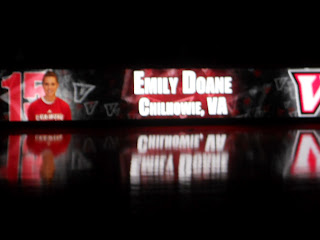 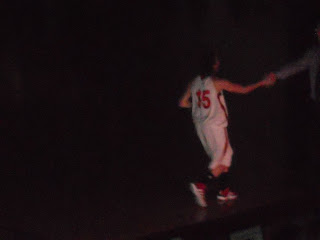 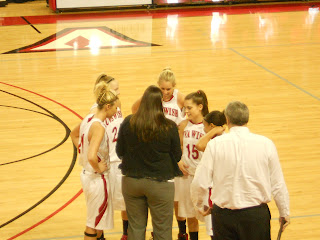 The girls played hard and won!!!  Yeah for them.
Next, time for the parents to go and walk on the court with their daughter.  The girls were crying...again...I looked at hub and his eyes were teary, but not mine.  Aren't you sad...yeah...I mean, I cry when I watch "Rudolph' , but I was okay.
Her name was called and statistics read about her and.....'here we go... 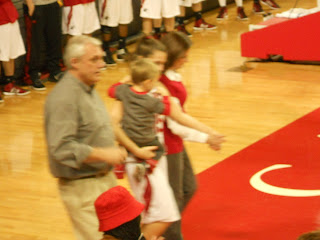 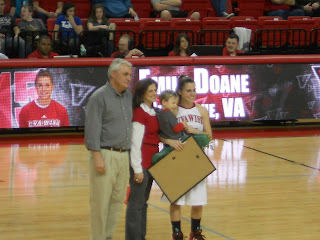 Later that evening, a parent asked how did I keep from crying.  I told her what I kept saying to myself over and over.....This is NOT her LAST GAME!!!  The grils will play next Saturday in Kentucky and then the tournamet begins , and we all know what happens in a college basketball tournament.  Yes, I know the girls were sad, but hey I knew I could watch daughter play again....  #2 daughter has played basketball for 14 years and when the FINAL whistle blows then I know the tears will come.  But for today....this is their day and their 'shining moment.' 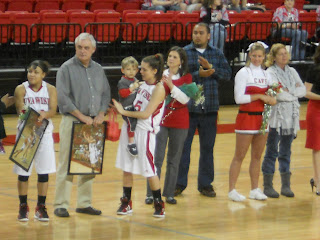