Weekend Rewind...
How about a couple of weekend rewinds.....

Last weekend hub and I traveled to Myrtle Beach for a pharmacy trade show.  Plan was to leave shortly after 11 on Friday and that way we could arrive and enjoy some beach time before attending the trade show on Saturday.  My thinking was this-I would make an appearance at the trade show (you know what I mean by appearance) on Saturday and then head to the beach while hub was at the trade show.  We were able to leave town shortly after 11 on a rainy Friday , but we were headed to the beach so life was good.  I just needed some time to sink my toes in the sand and relax a little. About an hour into our trip, we came to a complete stop.  There was an accident and you know the rest of the story!  An hour and a half later, we were traveling again-in the rain.  Finally we arrived at the Sheraton Hotel Convention Center and the weather was cloudy but not raining.  We checked in and then headed to get something to eat.  I love seafood so no problem finding a place I like, but hub only eats a few seafood items so we had to drive around for awhile.  After having a late dinner, we walked on the beach.  The sand was so cool and I felt my entire body relax.  There is something about the ocean that makes me relax-makes me just want to stay and walk for hours and hours-which we did by the way.  Time had gotten away form us  (around 1am) and hub and I knew we had to head back to our room.  I kept dreaming about tomorrow and walking on the beach and enjoying the bright sunshine while hub attended the trade show.

Awoke Saturday morning to thunder and heavy rains.  As a matter of fact it was not only raining hard but strong stormy weather.  This was our view from the window on Saturday morning and it lasted all day and night. 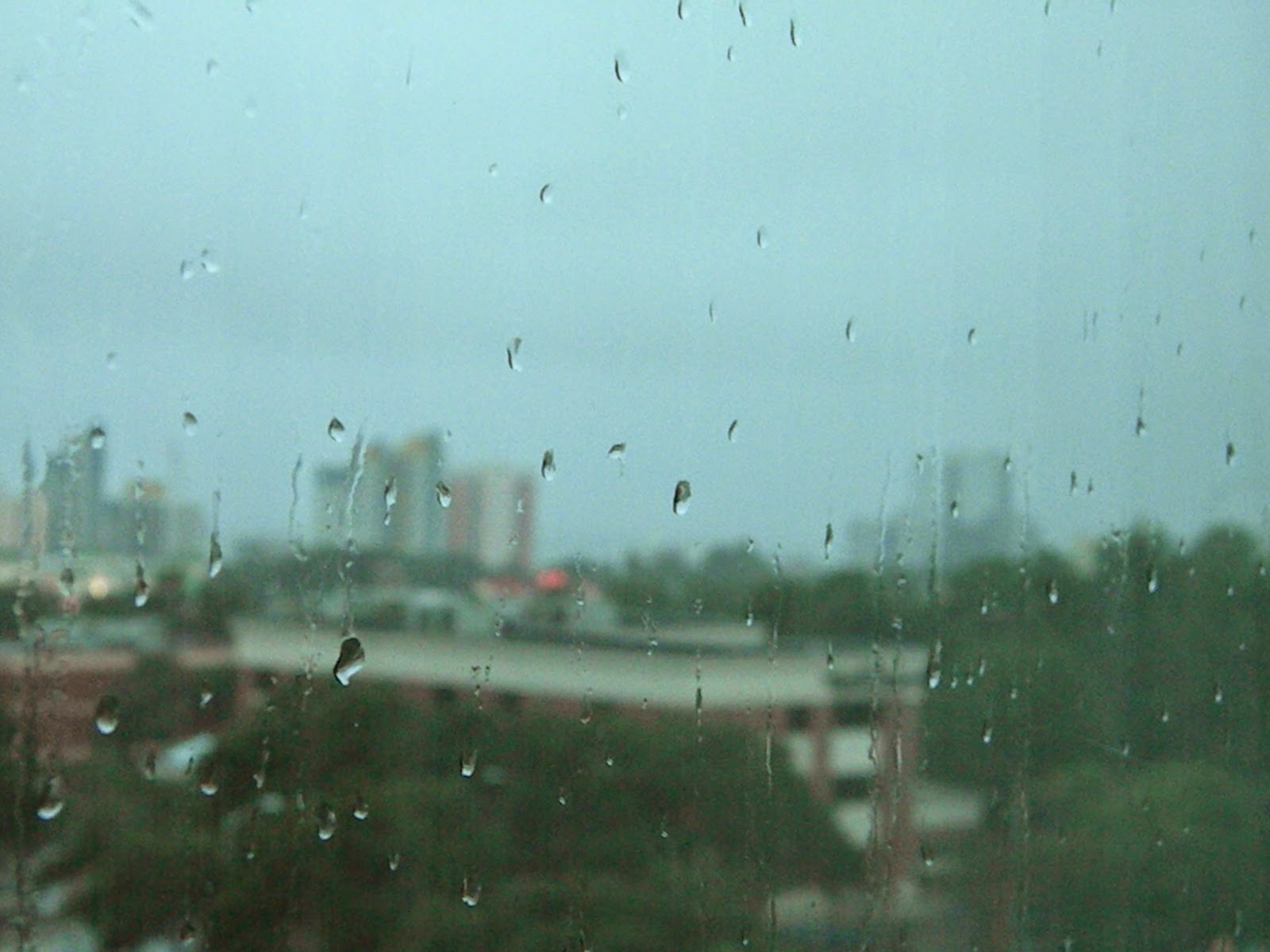 Hub and I attended the trade show (sigh).  Before dinner I went back up to the room to freshen up while hub was still at the trade show.  When hub did return to our room, he was in dire pain!  He had twisted the wrong way and had  hurt his back.  He laid on the bed while I  massaged his back, but couldn't get up.  The only way he was able to get off the bed was to roll.  I begged him to stay in the room and I would go on down to dinner, but he wouldn't go for that.  I helped him (him leaning on me) to dinner.  We ate and listened to the Tams.  Hearing the music took his mind off the pain.  I knew he was hurting but he wouldn't admit to it.  Since we were at a pharmacy trade show there had to be someone there with something for his pain.  Yep, I found that person. Hub had some relief.

Sunday morning it was still stormy and raining. UGH! 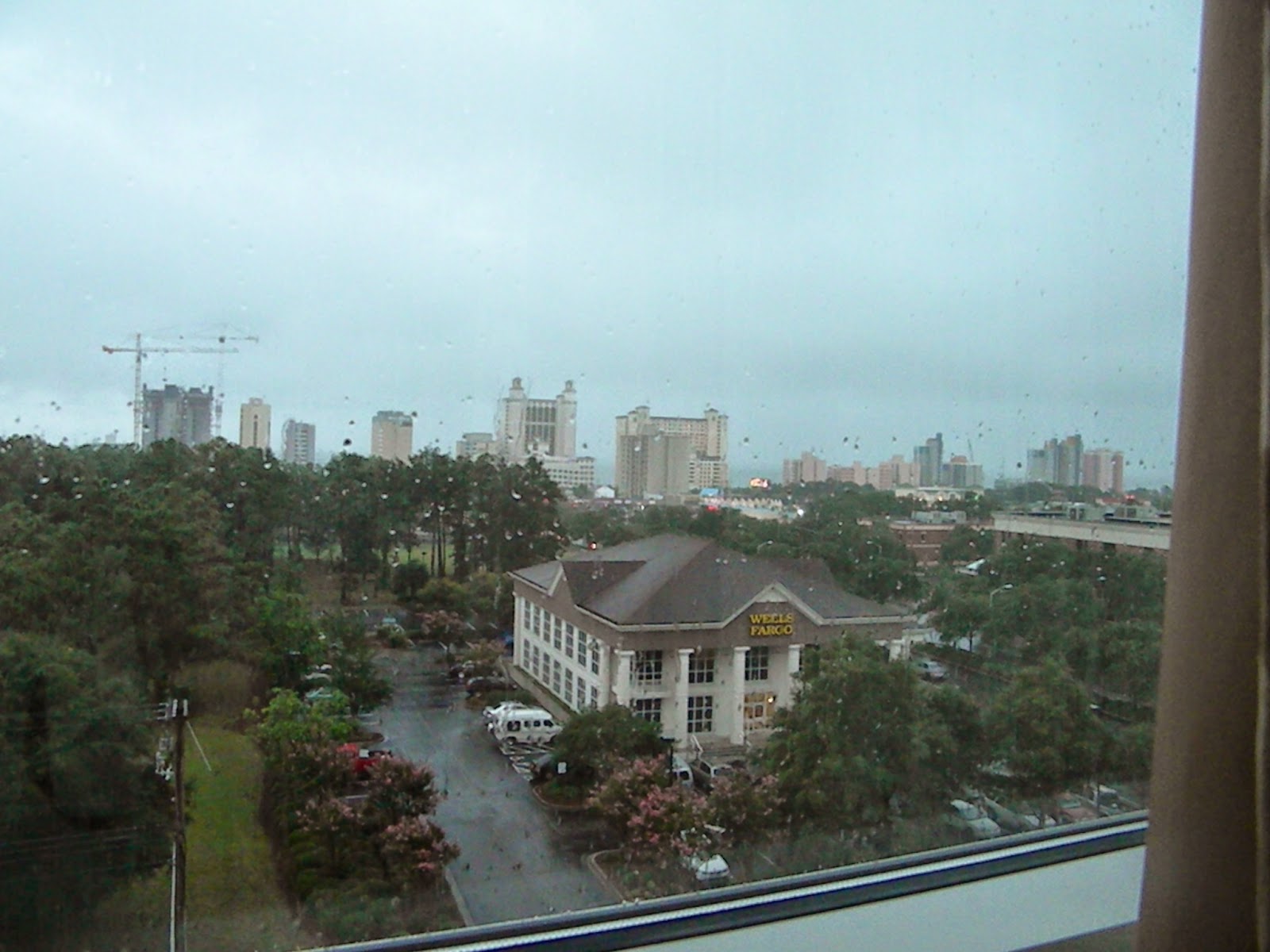 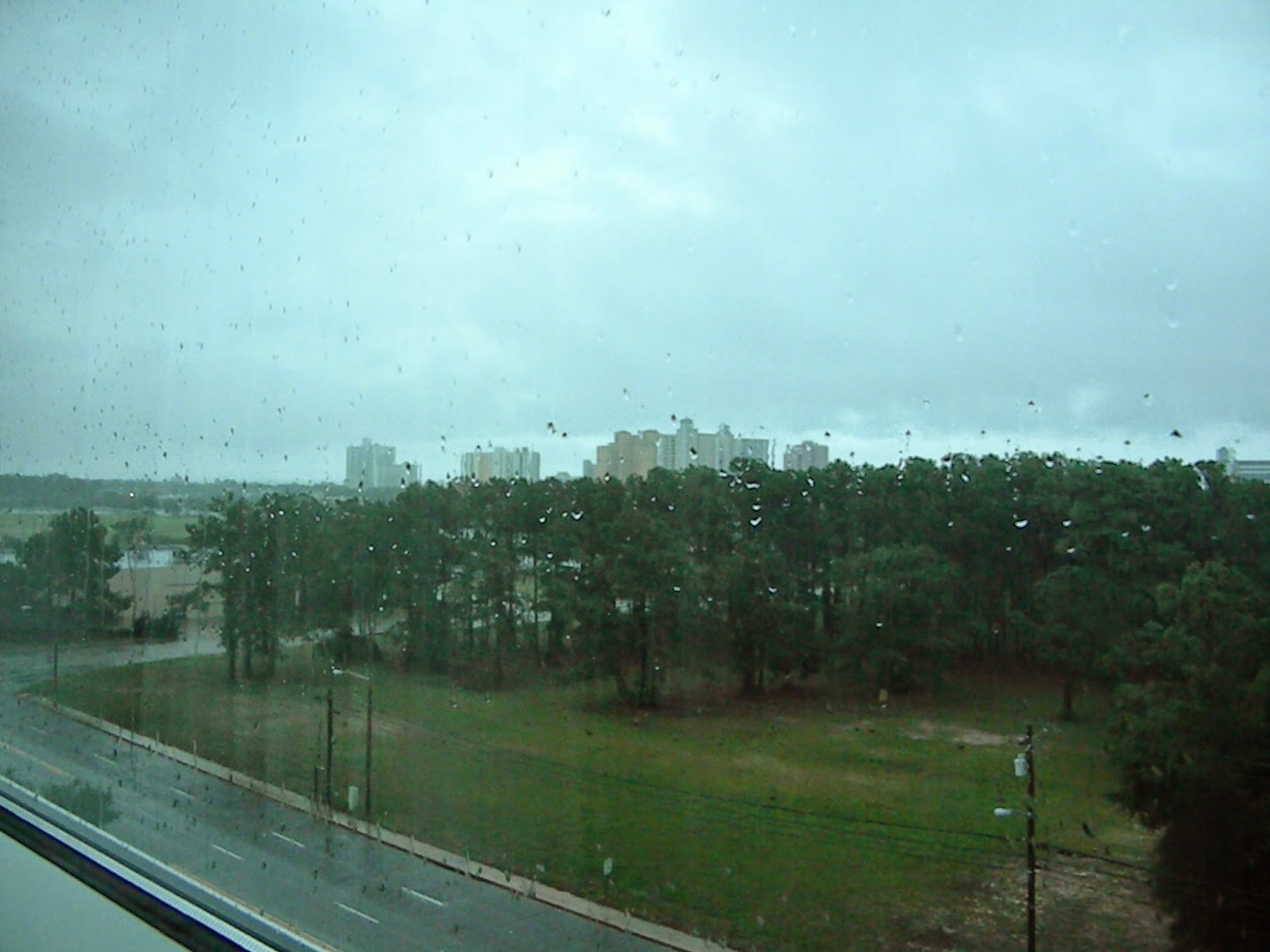 Hub was in some what pain on Sunday.  He managed to smile and shake hands.  Thankfully the show ended at 12:00 and we could leave.
I told hub I would drive home, but he wanted to see if he could drive. The longer we drove, hub said this was helping holding on to the steering wheel.  Earlier I had phoned daughter who had gotten him a prescription and would be waiting on him when we got home.  Stopping only once was a killer for me, but not for hub.
Arriving home and having daughter help hub out of vehicle was a relief.  Hub took his medicine and went straight for bed.

Monday morning he said he felt better.  We were leaving for Pigeon Forge and taking grandson.  I attribute taking grandson was what made hub feel better.  Hub did not feel better-I knew it!!  I lugged all our belongings up two flights of stairs. UGH!! but I made it. 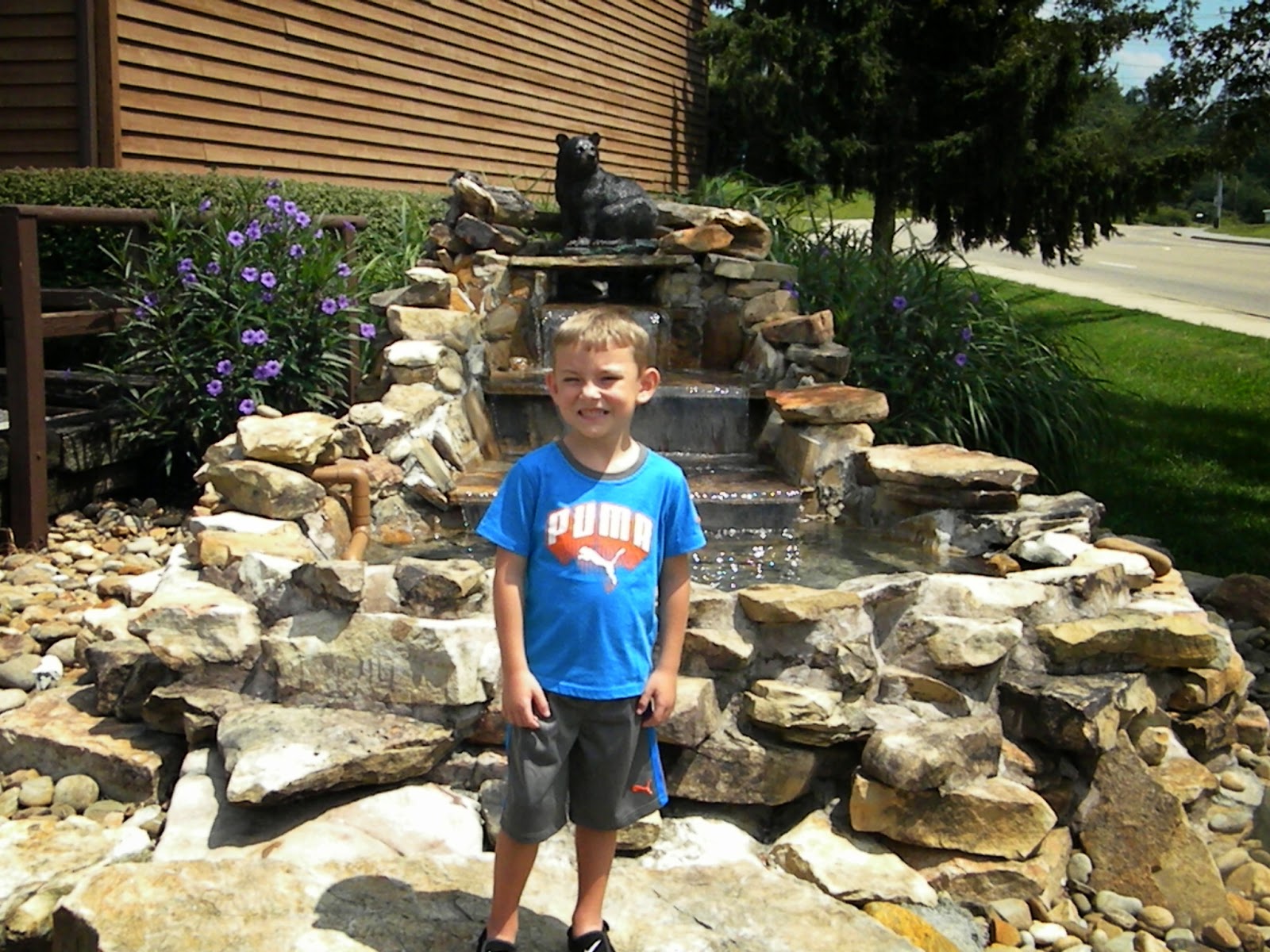 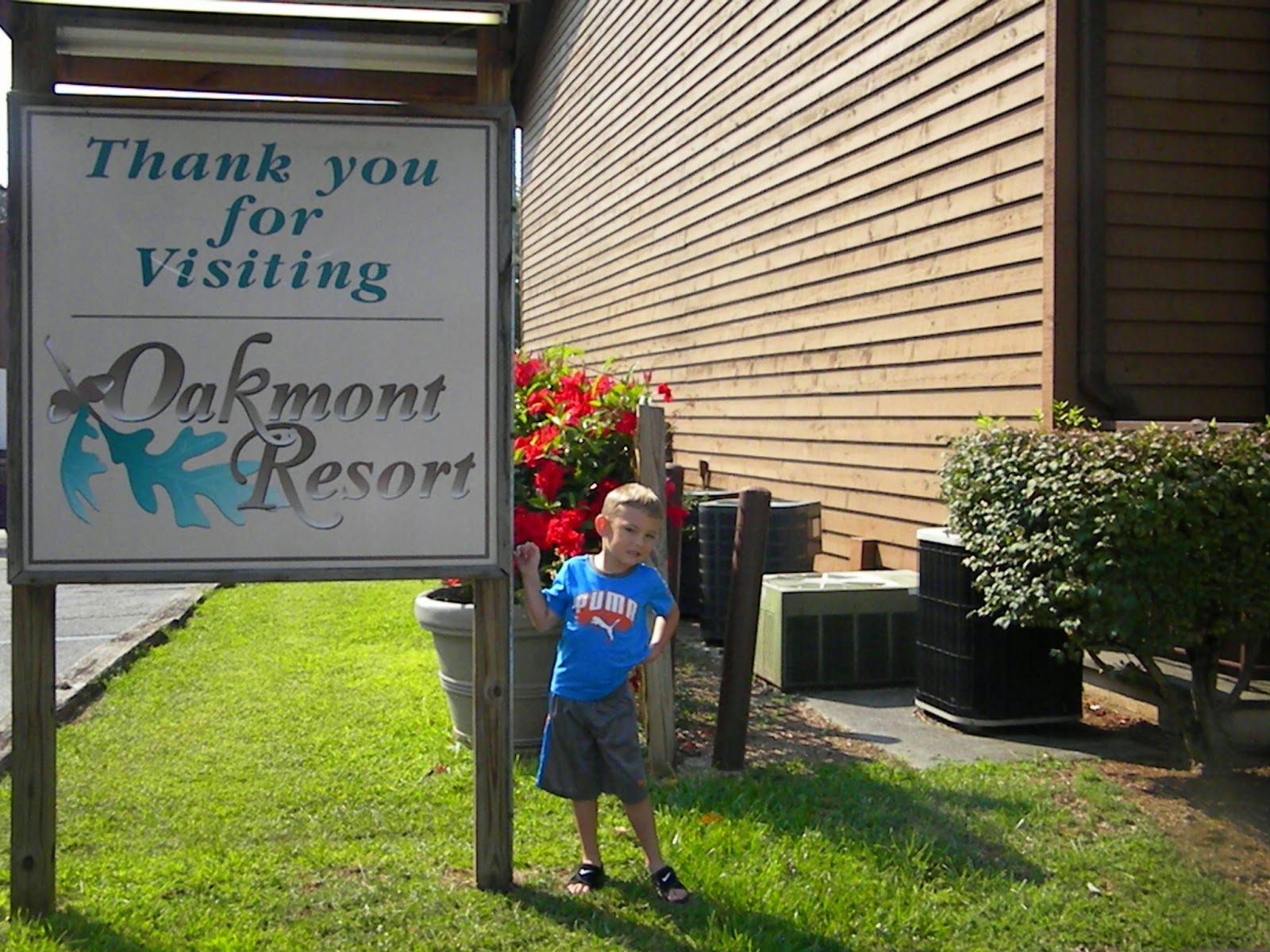 Hub was feeling better on Tuesday.  He and grandson went swimming. 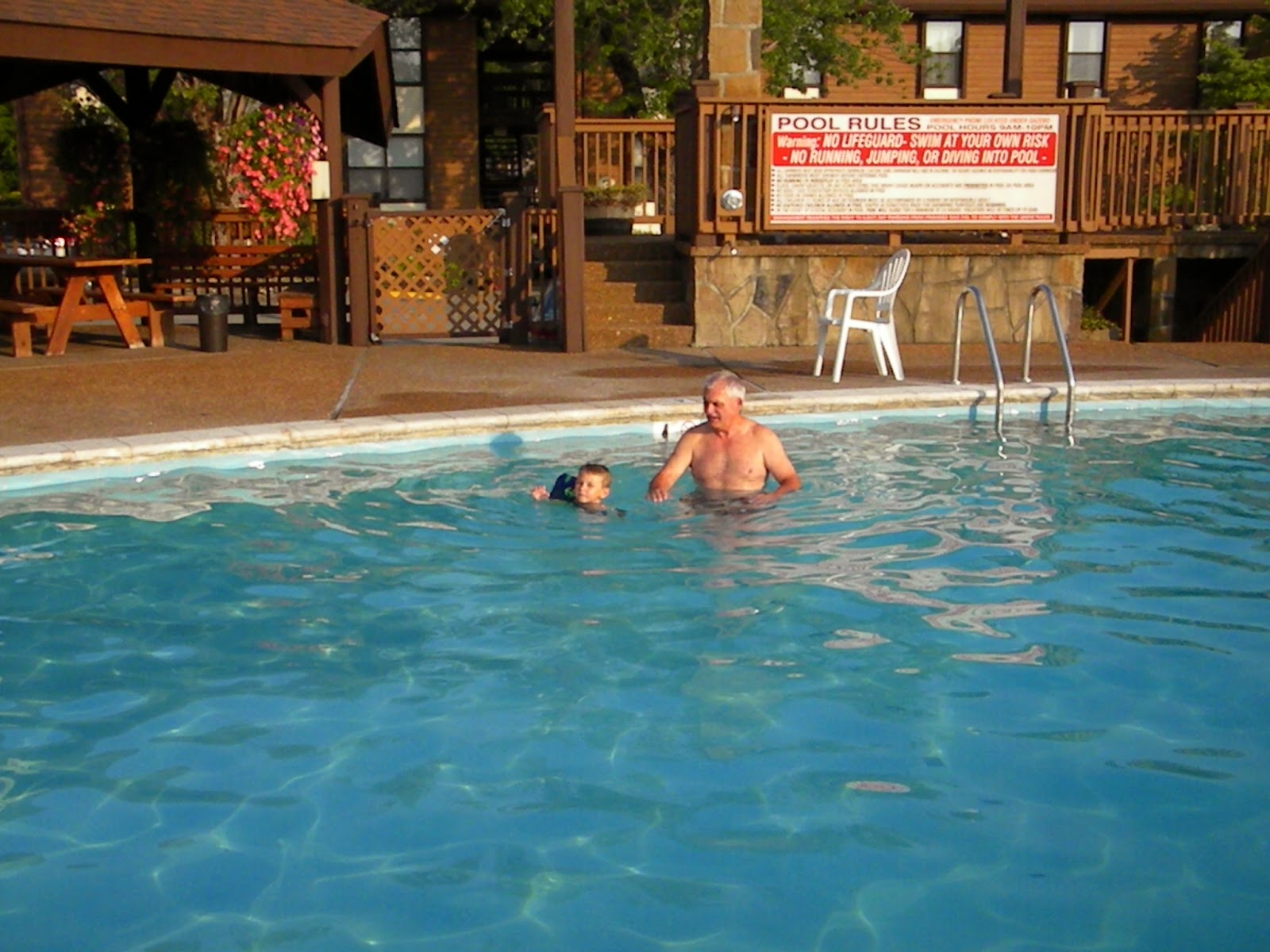 The water was helping his back.

Tuesday we ventured to Dollywood Theme Park.  Later that evening we rode go carts.Grandson loved it and hub was feeling even better! 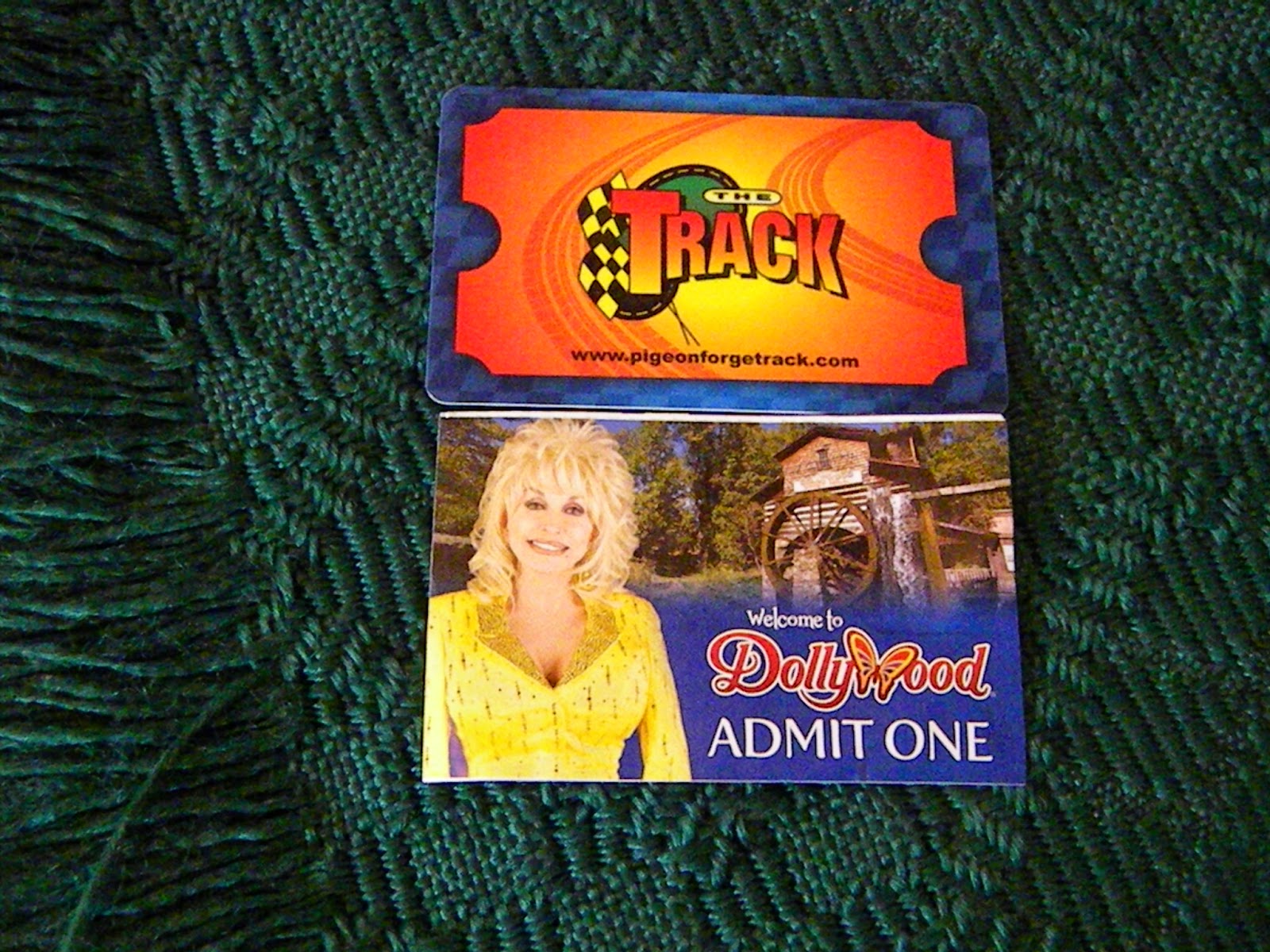 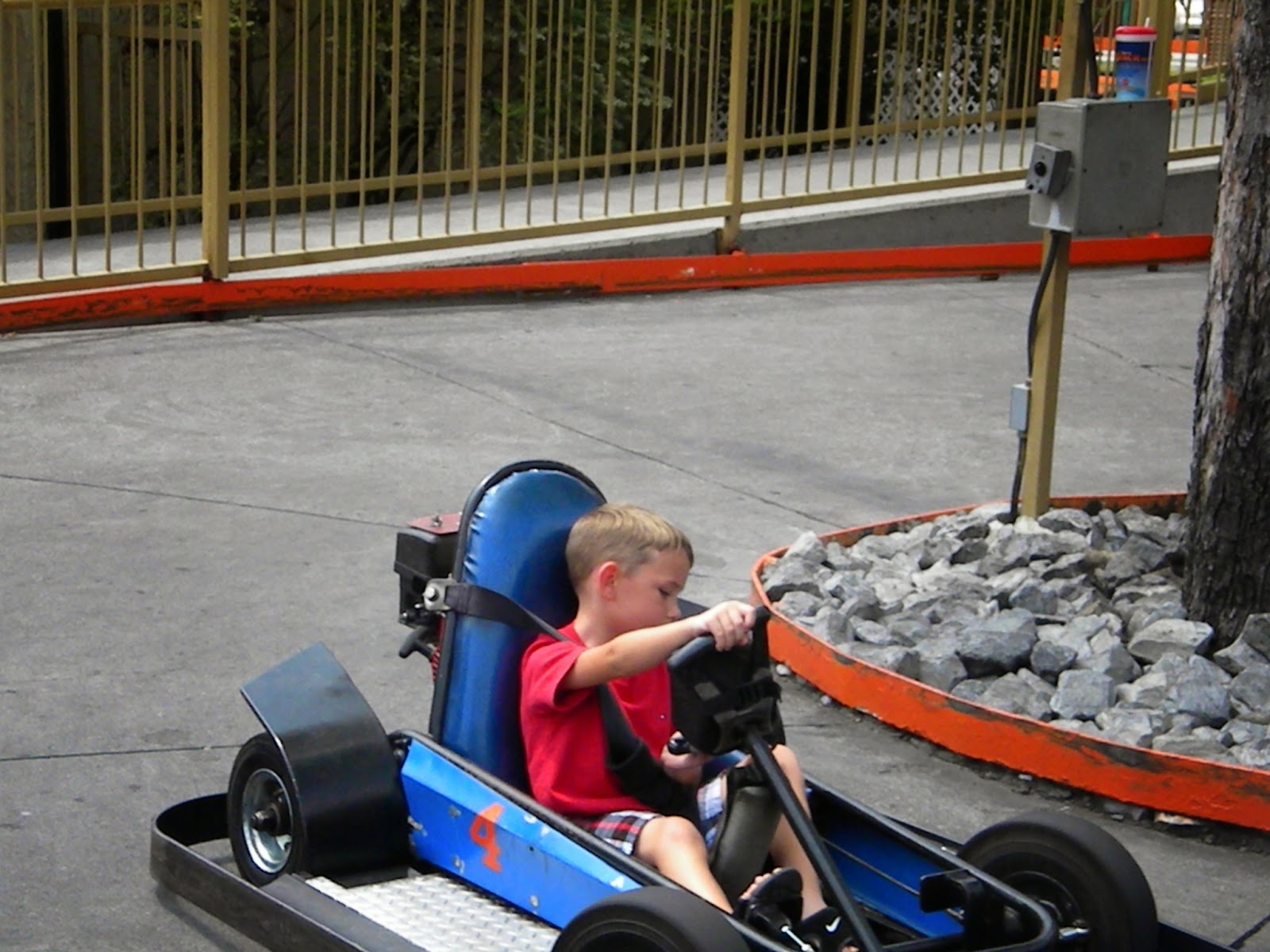 Grandson wanted to ride the 'big go carts' which he did. 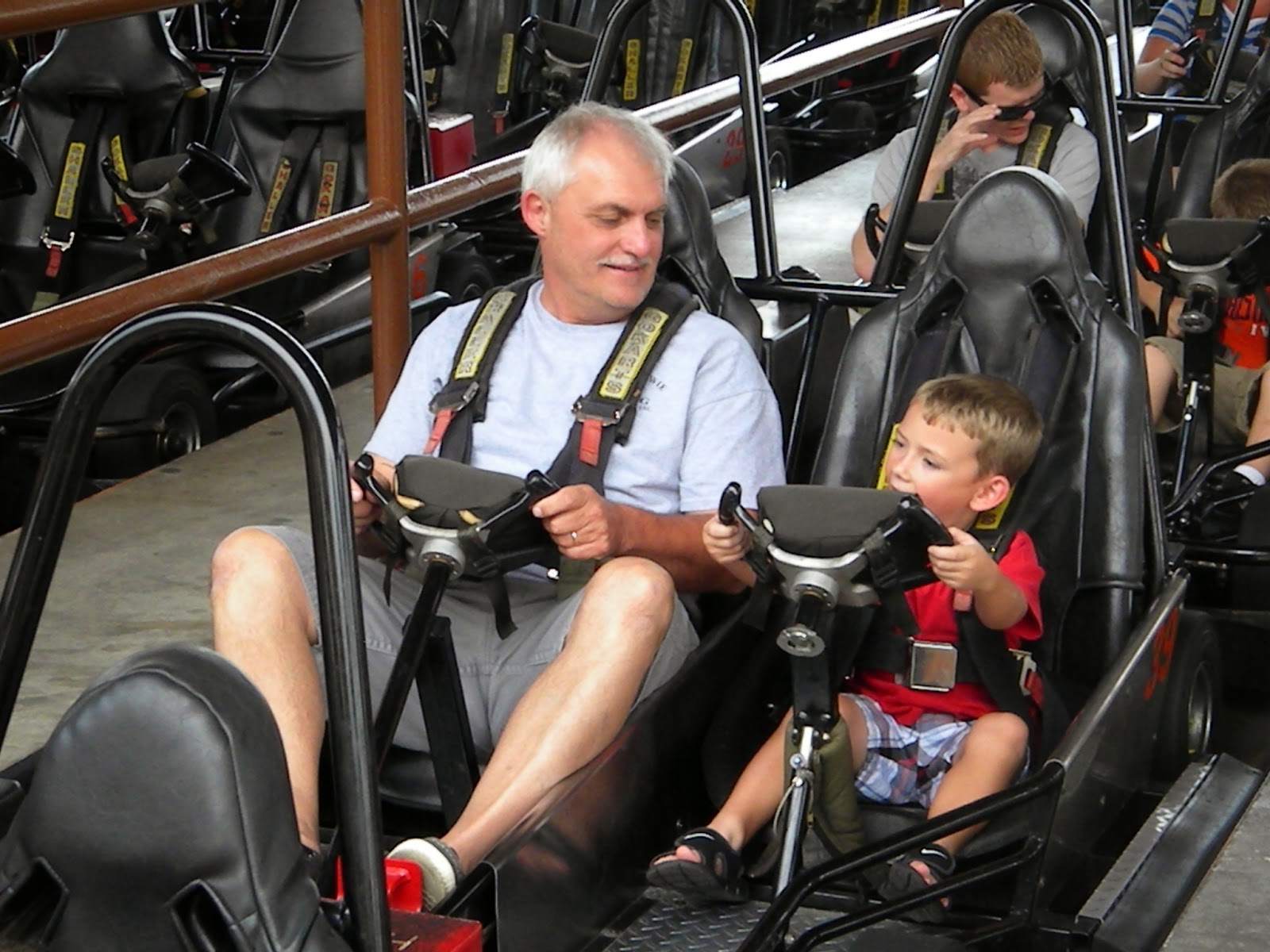 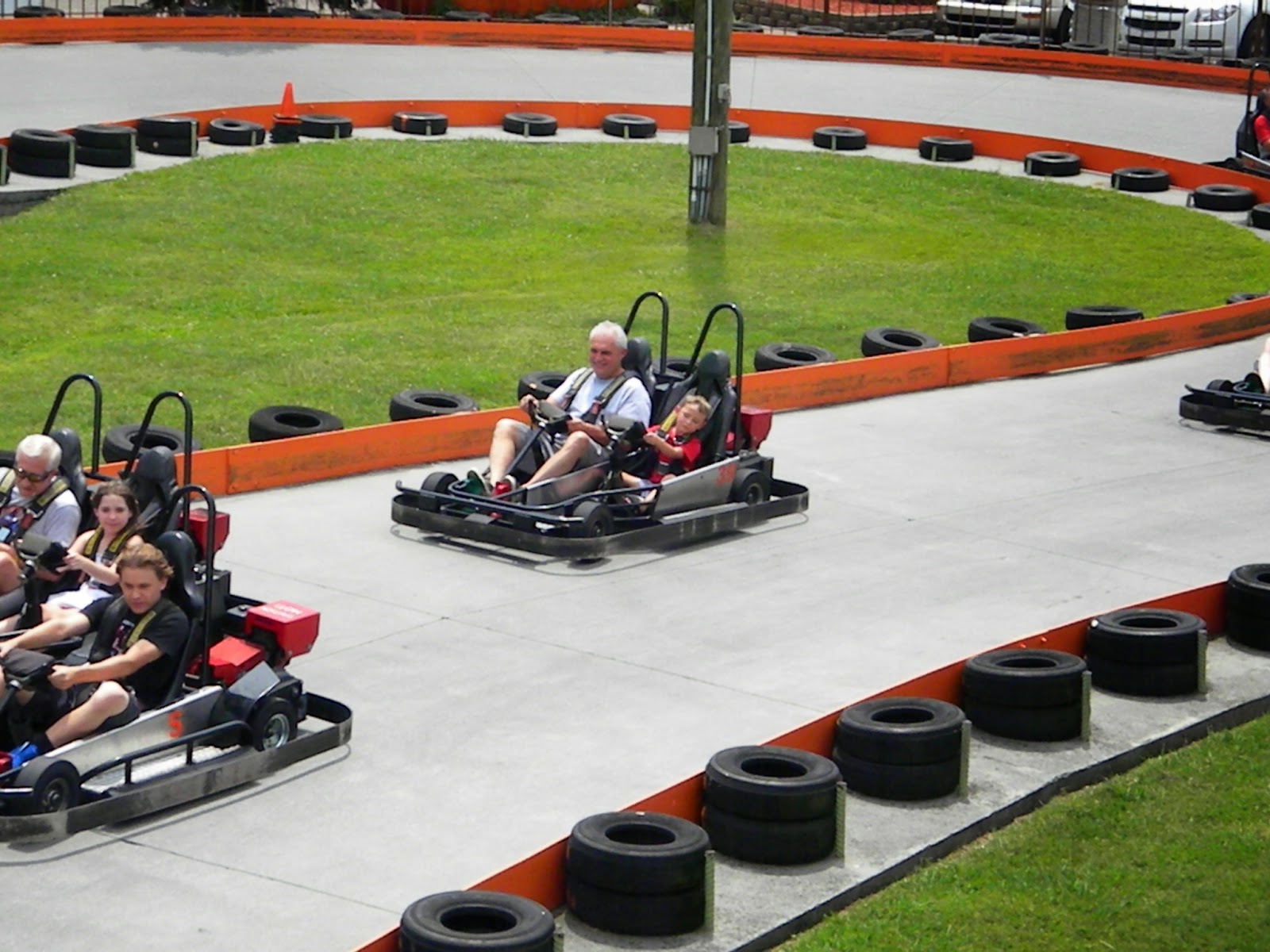 I drove the single go cart.  I must say, go carts are not for me.  Maybe I just need more practice.

The following day, hub woke up feeling very nauseous and dizzy.  The pain meds were the culprit.  He stayed in the condo and rested/slept.  Little man and I ventured out.  He loves going to the arcade so....we went 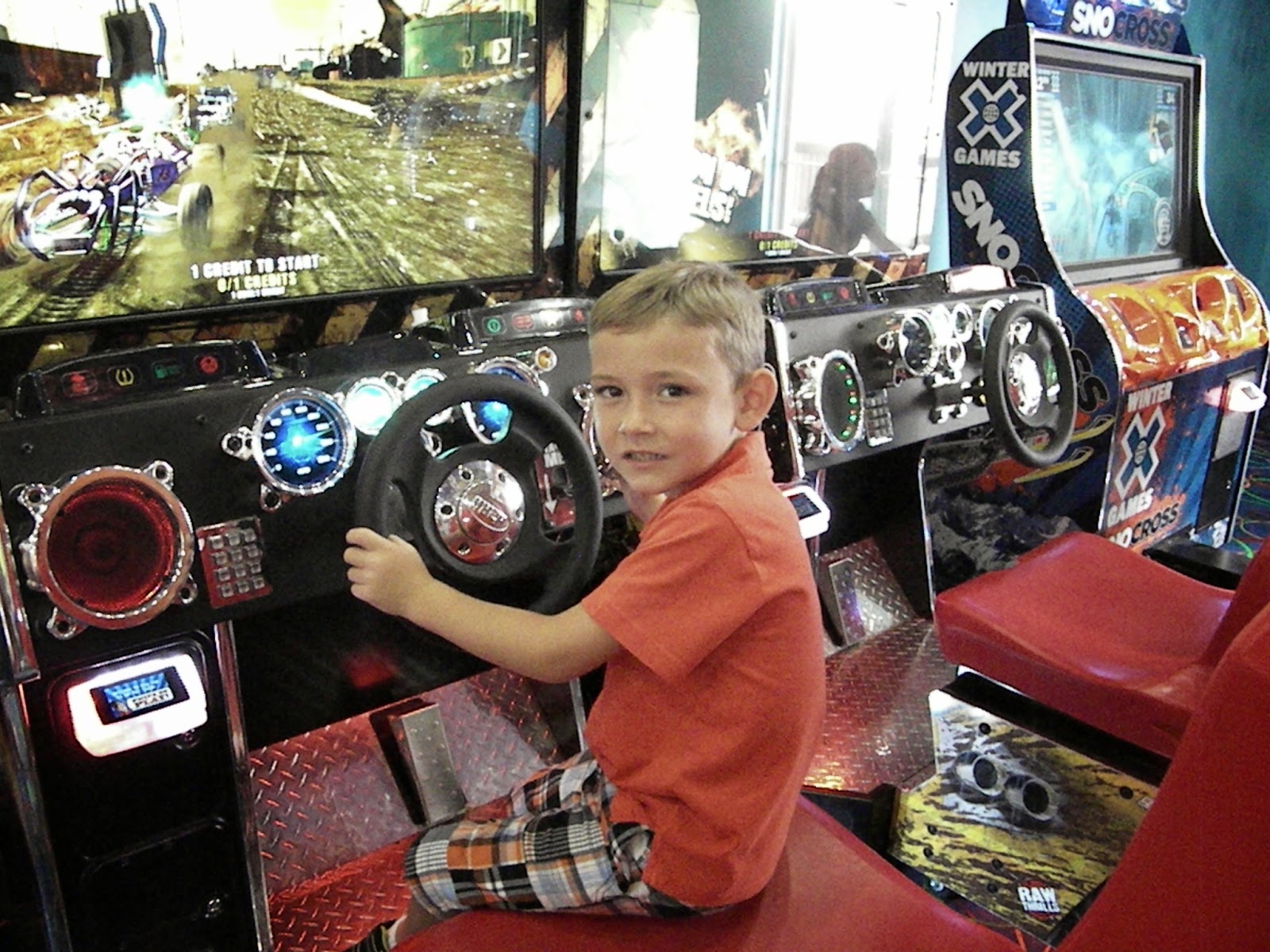 and to see the horses at Dixie Stampede... 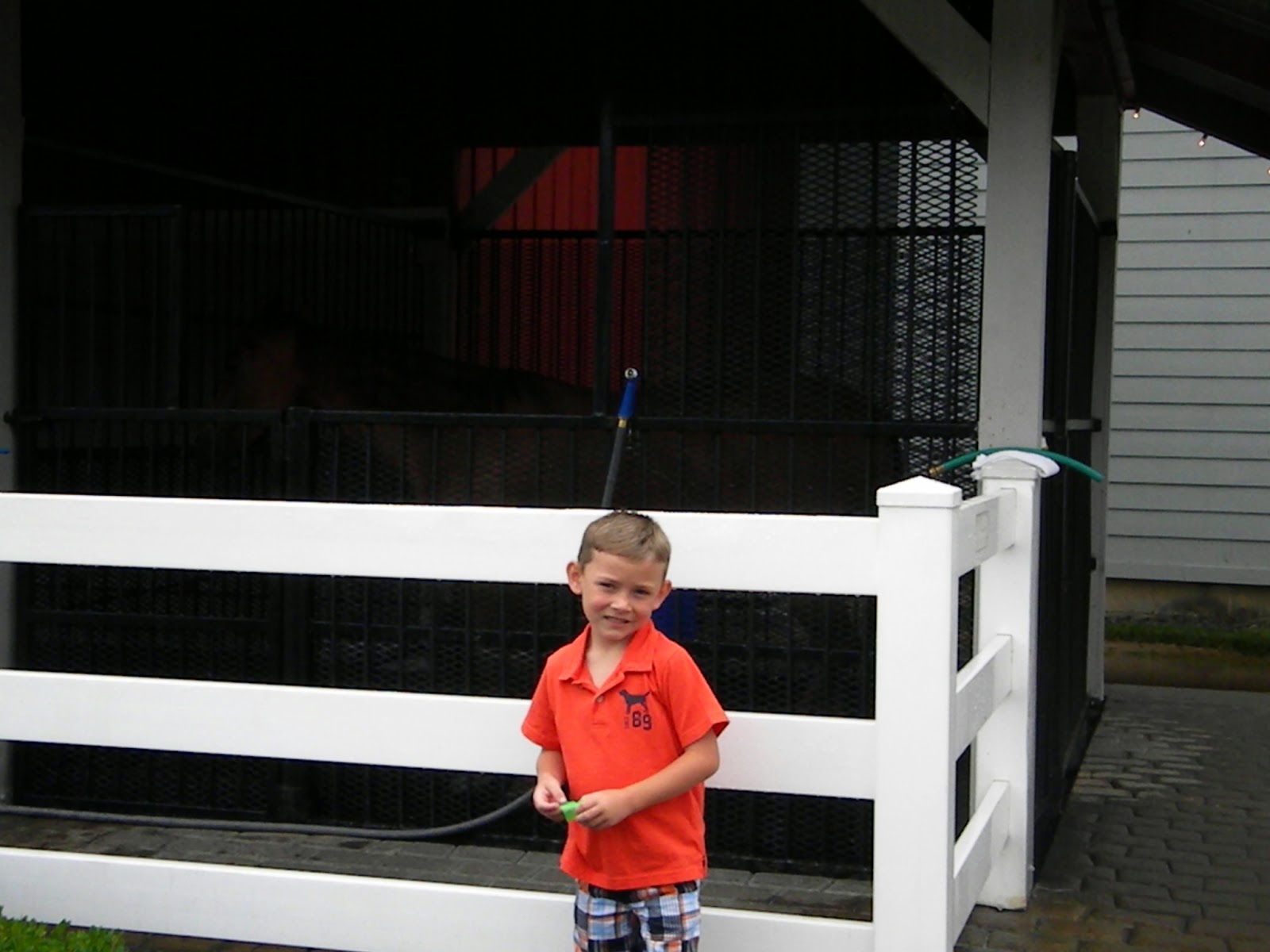 then the rain came again... 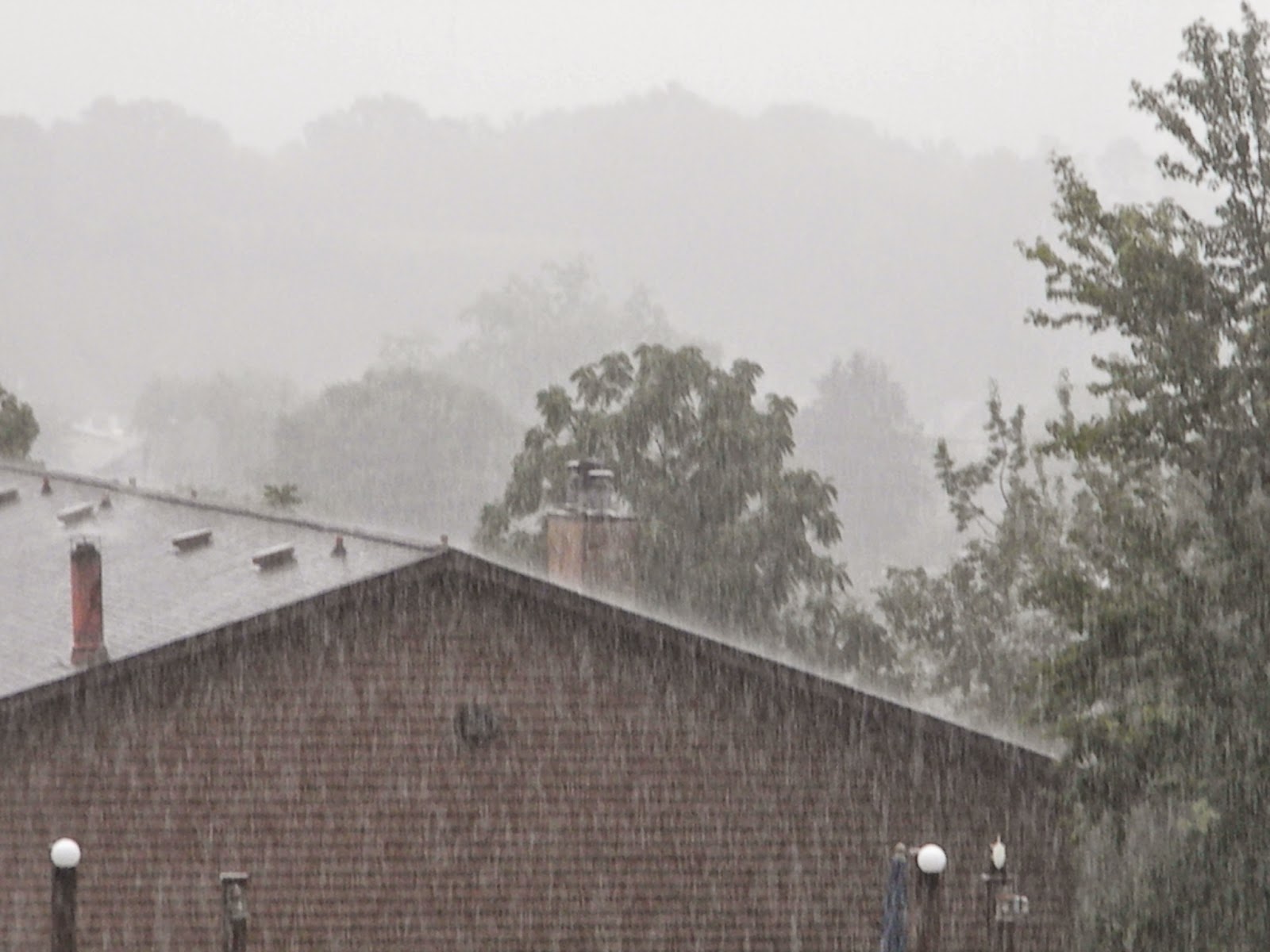 Then it was time to take little man to meet his dad.  Not looking forward to this :( 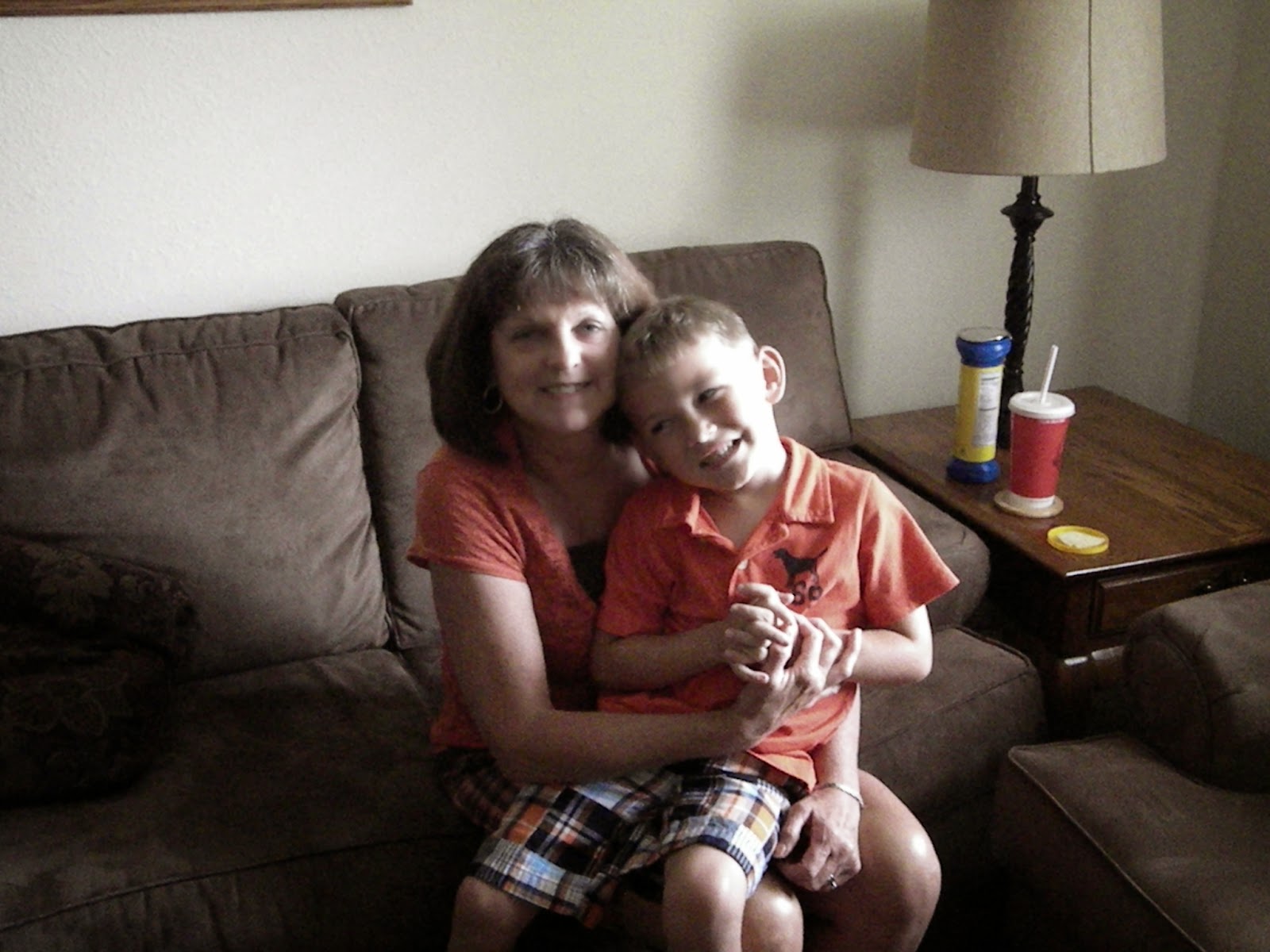 Trying to smile and not cry is hard to do. 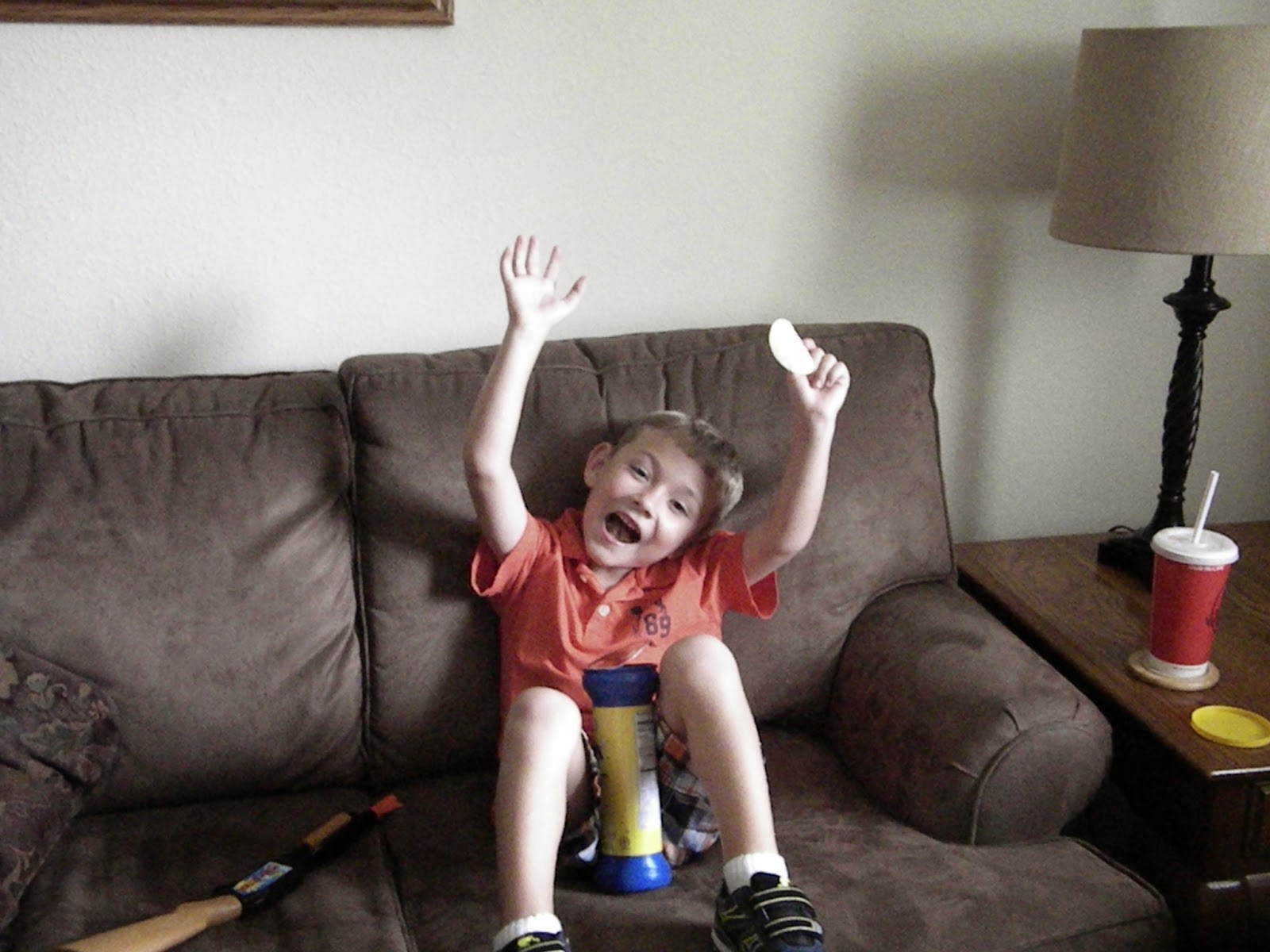 Hub and I stayed for another night, and then headed home.

Hub's back is still somewhat hurting and sore.  Hopefully he will be his ole self soon.  I begin school on Wednesday-teachers only.  Looking forward to catching up with friends, but wondering how did summer go by so fast.