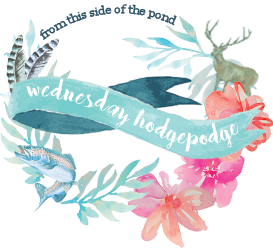 1. What advice would you give yourself as we begin this new year?

My advice to myself is to learn to accept the things I cannot change.  Some people will never change, they will always be rude, disrespectful, and hurtful and think the world revolves around them.  I cannot change them even though I have tried to make amends somehow I wind up getting hurt.  I guess the saying..'A leopard can't change its spots' is true.

2. If you could throw a themed party for yourself what would the theme be?

3. Tell us where you were and something about what life was like when you were 20- 21.

I had just met the love of my life that summer, after my second year of college.  We fell in love and when I was 21 was planning my wedding ...June 20th. My life was on the mountaintop and I was not having a care in the world. Looking back, I think I planned my wedding in about 5 months and now (at least with my own daughters) it takes a least a year of planning.  Those were the good ole days....finishing college, starting my career, and being happily married and living in Johnson City, Tennessee.
4. What's on the menu at your house this week?
Soups  Since Sunday, it has been raining and so dreary.  The temps have gotten much cooler also.

5. What should you do more of this year? Less of?

I will do more of focusing  on the good things and begin my day by saying, "Today is going to be better than yesterday!"
I will do less of having expectations of people, especially family.  Allow myself a break because you can't continuously be put down by others...just say "No" not allowing that.

We are still having to give SOL (Standard of Learning Test) to students.  I can't believe it!  We are still remote learning and the students will come in the building for these test.  If a student does not have a way to school, transportation will be provided.  Thankful the SOL Test are only for 7th grade Civics (only half of the 7th graders because the other half is taking Science 7 which doesn't have a SOL Test) and 8th grade Physical Science and World Geography.  Being on a block schedule helps...but come spring WHAM!  A lot of test then.
Last spring when the governor said no test will be given in March (duh we were closed), I was disappointed because I wanted to see the progress my students had made.  I am just a little shocked that the governor has said to go ahead with the test since this has been a crazy year.
at January 06, 2021