Prior to the Apple Festival, which I learned today is one of the longest-running festivals in Virginia, many people begin tidying up and decorating for fall.  I must admit the weather has been more like summer temps in the 80s and nights warm-- so getting in the fall spirit was difficult.  But I managed... 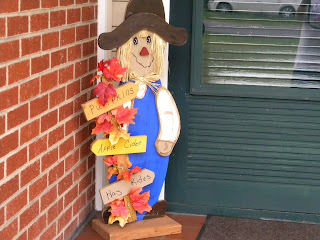 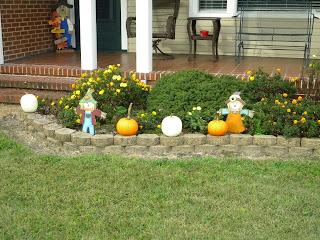 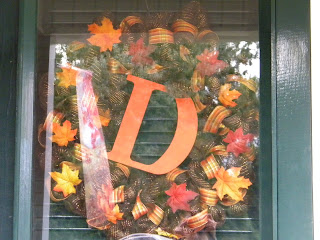 Like I mentioned earlier, the weather has been so much like summer leading up to the Apple Festival which is fine with the folks around here.

Hub and I walked last Thursday evening-around 10 that evening to take a peek at the many vendors/crafts that were being set up.  It was most definitely like a summer evening.

Friday morning-the clouds opened up and the rain came...I know we needed the rain but gosh not this weekend. The football game was not cancelled which was a shocker to us all.  But somehow the rain did stop long enough to play the football game.  Hub and I did not attend the game; we chose to spend the evening cooking and listening to the game on the radio.  Hub grilled out country ham (about 100+ pieces) while I made salads and apple dumplings. I think it was around 11 that evening that we finally took a break and ate something. Again, the air was warm with just a fine drizzle.

Saturday morning all entries in the parade had to be lined up by 8am. The sky was cloudy.. 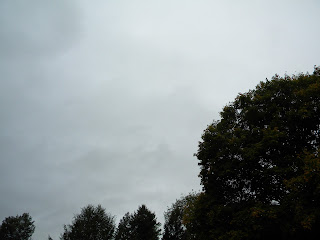 and a fine mist in the air. And I saw a tree beginning to change... 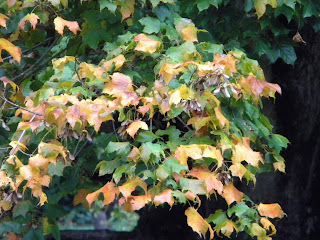 Daughter graciously opened up her home to all who wanted to stop by for a country ham biscuit (her dad and I had prepared).
Hub was the first one in line...chopping at the bit-I might say. 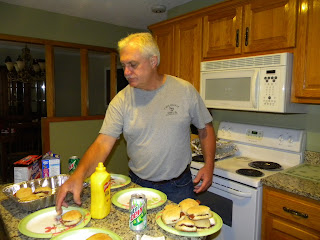 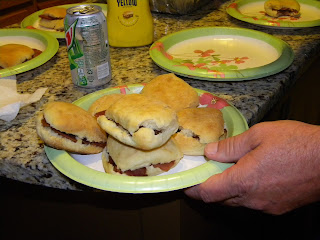 Some of the kids played.... 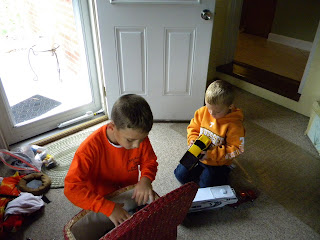 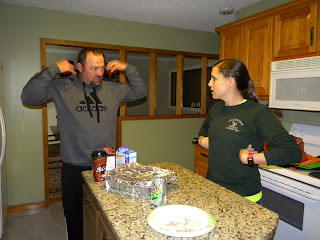 After eating, we all (those with daughter's wagon) took their places in line.
This was son-n-law's expression during the morning.... This was his first Apple Festival and I do not think he knew what to make of it all.

Here are some pictures of daughter's wagon... 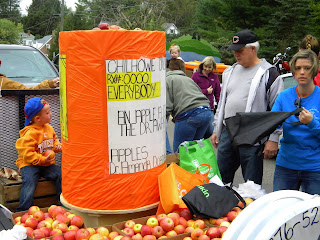 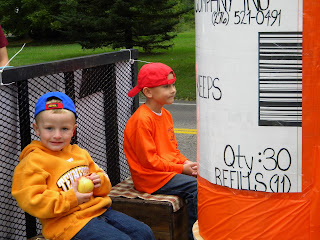 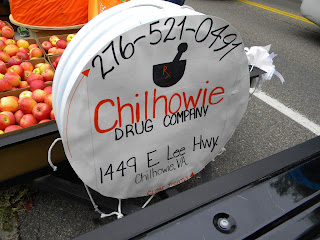 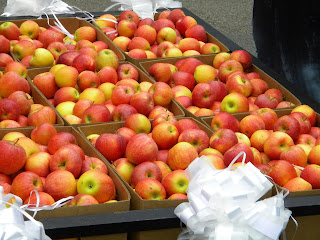 I really liked the banner she had made to place on the back.. 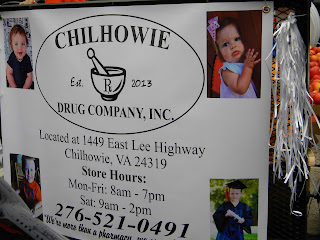 There were 26 bands in the parade; a band competition is also held after the parade. 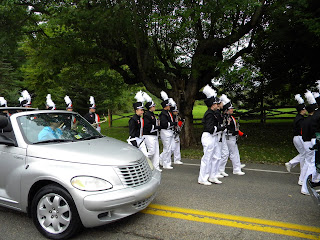 I was hoping to be behind a band...I like music! Plus marching and walking were in my mind about the same thing..handing out apples was going to be a piece of cake.  Wrong....I thought I was in a marathon!!  I got both daughters to help... no more sitting on the wagon or inside the truck!!  Hub was recruited along with grandson and his friend!! A two mile parade route was a two mile marathon...running back and forth to grab bags loaded with apples...I loved every minute of it especially seeing the smiles on people's faces.  I heard so many comments--"Aw apples never before given out" or "Yeah, apples and not candy."  I gave daughter a pat on the back and told her she did good!!

There were other floats... 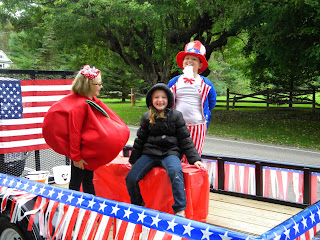 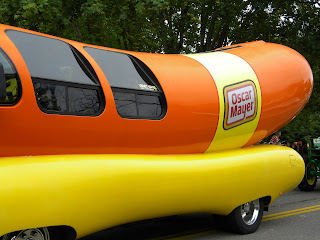 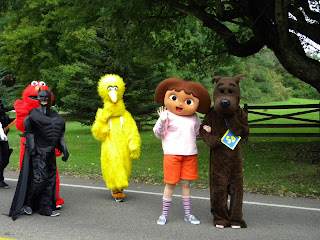 It took us a minute to catch our breath after the parade before walking to the arts/crafts.  Many vendors---apple butter, homemade ice cream, kettle corn, fried Oreo, curly fries....and crafts from homemade jewelry to homemade soap.  I bought a few candles and I could not pass up the kettle corn or the fried Oreo-I told myself I would go back to eating healthy on Monday.ha

The bands performing could be heard on our deck.  Hub and I did walk over to watch a few bands perform before the judges took a break and then we decided to just listen to them from our deck.  The band competition lasted till around 9pm.  The fireworks started shortly afterwards.... 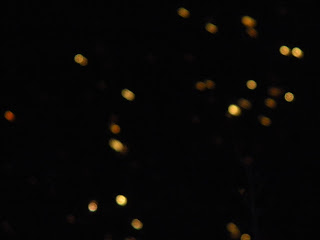 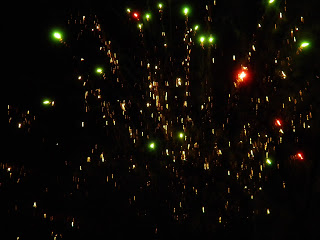 Sunday we headed back to the arts/crafts after church. Churches participate in gospel music while people walk around the crafts.  Except this year, the gospel music was held inside the school's auditorium due to threatening weather.

While walking home from the crafts, I expressed to hub how I enjoyed the festival this year.  I can't really explain it...but it felt so good getting the wagon ready, handing out apples, and all..I really didn't want it to end. Strange...I know...but all good things must come to and end, right?

Hoping my week will be just as full-filling as my weekend was.

Have a Blessed Week and Enjoy Life!