We kept grandson Friday night.  His birthday was today. On Friday his babysitter had given him a pillow pet for his birthday.  Usually after his bath, he eats a snack and begins to unwind.  But not Friday-he was wound up!!   After saying bedtime prayers, he began to yawn and I began to smile.  Instead of watching "Blues Clues" he just wanted to have his pillow pet light on.  Personally, I thought this was a great idea.  Wrong, he kept pushing the buttons and the light show kept changing colors.  After an hour, I decided the little one needed to get some sleep so I took him downstairs and rocked him to sleep-I think I dozed a couple of times myself. 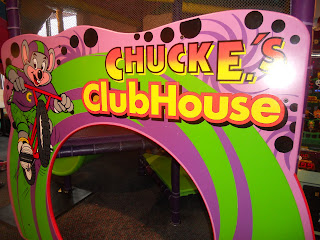 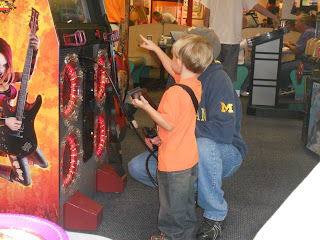 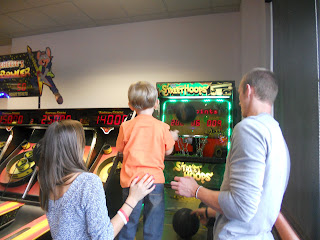 Not only did Nate enjoy playing the games, I caught #1 daughter relieving stress 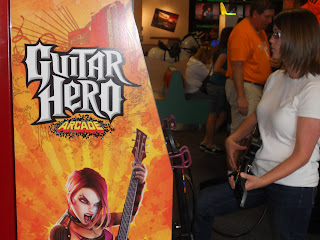 The grown-ups have just as much fun as the kids. 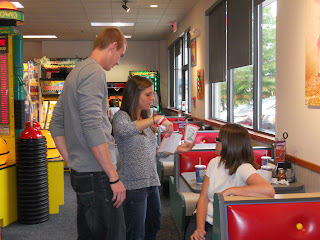 Nate and 'Buddy' counted all his tickets 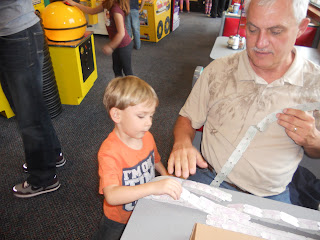 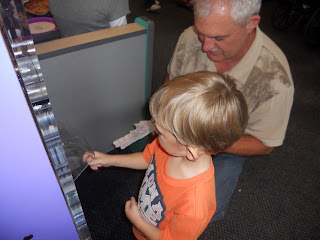 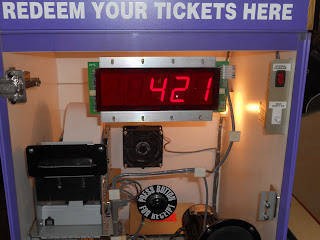 Next time to choose his prizes 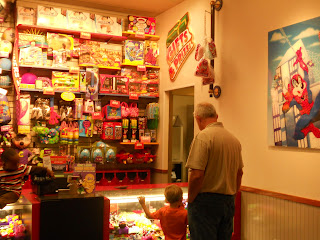 which took just as long as playing the games.  Oh so many choices to choose from. 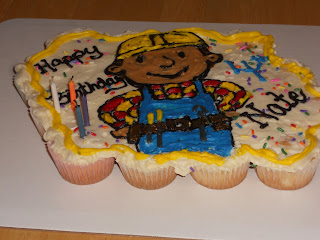 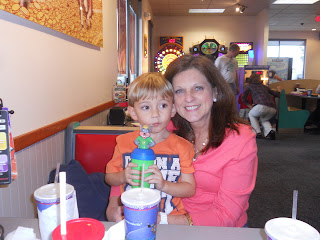 Sunday at church, I helped with Wee Worship.  I found masks and the children put these on. 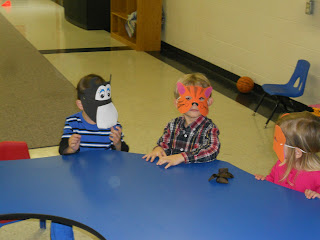 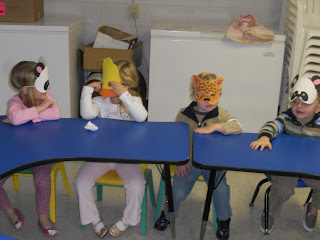 It is hard keeping three and four year olds attention for an hour and a half especially since they have already sat for an hour in Sunday School!  Whew!

#1 daughter is staying with some friends of ours as she completes her rotation on a health mobile.  The drive to Big Stone Gap was gorgeous.  On the way back home, hub and #2 daughter and I stopped to stretch our legs and take in some of the view. 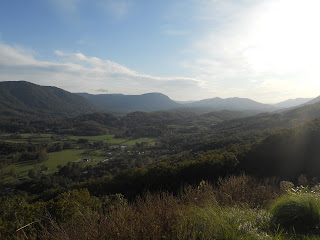 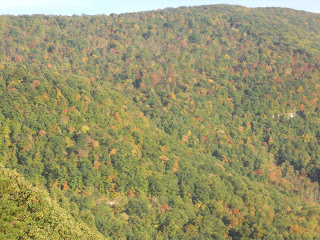 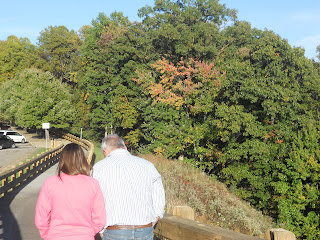 This time of year is beautiful.  In a couple of weeks, it will be more beautiful.  When one looks at the tree's colors, how can one deny God's work?

Enjoy your life and week!