First, let me tell you a little about my week. 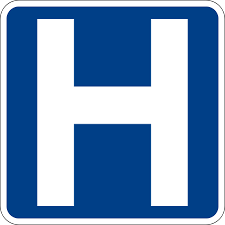 Monday morning,hub was scheduled for an endoscopy (oncologist order) and youngest daughter was having back surgery.  Two separate hospitals and two separate times!  Least to say this Momma was a NERVOUS wreck.
Hub was to be a the hospital by 7:30 on Monday.  The procedure (according to a doctor friend) only took 5 minutes.  Hub was taken back for his procedure at 7:40 and this was the first time I wasn't allowed to go back with him. I sat down in the waiting room and prayed. ( Daughter's surgery was scheduled for 10:30 at a different hospital.) I kept my eye on the board-I was given a number and this number was on the board which kept me updated with what was going on-prepped for surgery, surgery, recovery, etc. I was also given a buzzer and the buzzer meant the doctor was calling me.  I kept my eyes on the board and the clock.  By 10:00 I was shaking...what was going on...hub was still on the prepped list--so I called son-in-law-to check on daughter.  Daughter was being prepped...My niece who works at the hospital where daughter was called me.  She saw daughter's name on the list and couldn't find me.  I explained I was with hub at a different hospital.  My niece said she asked her supervisor  if she could take care of my daughter in recovery-Gosh a blessing in disguise. Daughter being prepped and hub still prepped and my buzzer goes off-doctor calling me-why?  It wasn't the doctor calling-it was the nurse-the doctor had been called away for an emergency.  A little easy but not much.  A friend, who had grown up with me, was there with his wife.  The friend saw my nervousness and came and sat and talked with me.  He went to get me some coffee-my head was killing me, which I knew it was only nerves. I kept texting son-in-law to check on daughter's status.  She was still in holding and said daughter was a little nervous, but okay.  Okay? how can she be okay when her mother wasn't with her.  He assured me all was okay and said his mother was with him.  He asked who was with me and I said no one.  He asked if I was okay and with my calm voice I said yes. But to tell the truth, my entire body was in knots.
Finally, I saw hub's number on the monitor;he was in surgery.  More nerves and the clock kept ticking away.  My buzzer went off, (I nearly jumped out of my skin) and the doctor was on the phone.  The doctor apologized for taking so long and in a joking manner said things like this only happened to Charlie!  The doctor said his esophagus looked fine but he did take a few biopsies of his stomach.  Doctor said he thought the biopsies would be fine and in a few minutes I could see hub. I said a quick prayer thanking God and sat and waited.  When I was able to see hub he was still drugged up and asked how daughter was.  I explained she was in holding-which was a lie because son-in-law had texted to let me know she was in surgery.  After hub was discharged, we both made our way to where daughter was.  I told hub to hold on to me as we walked through the hospital; he was staggering like a drunk man.  Son-in-law and his mother were watching for us.  It seemed like a minute and the phone rang for son-in-law to let us know the surgery was going as planned and daughter was okay.  Then an eternity went by before the doctor came out and talked to us. Thankfully, all went well.
We got home around 7 that evening. Son-in-law stayed with daughter while hub and I went to watch grandson in his first grade play.  Shew! What a looong day!

Daughter stayed at our house until Friday evening.  She progressed each day. Daughter's husband and father-in-law built a fence for their dogs.  No one wanted the dogs to be jumping on daughter while she recuperiated, and daughter was wanting to go home.

Thanksgiving Day was spent delivering food to those less fortunate.  My family has been doing this for years and it is a blessing to us to be able to continue. After delivering food, we spend the evening eating and watching television and walking in flip flops I might add!

I have managed to decorate for Christmas.  I know many do not decorate this early, but I needed to get some decorating done.  I also decorated the coffee shop on Saturday. 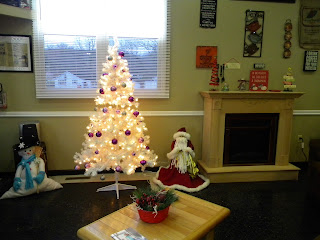 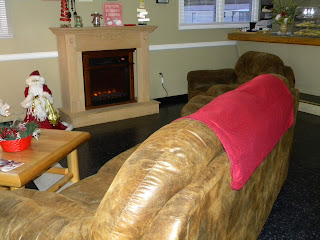 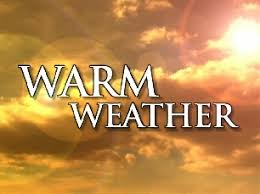 The weather has been very warm.  Hub grilled out last night and after dinner he and I went for a walk.  It is hard to imagine the end of November being in the 50's late at night. It is even harder for me to believe that tomorrow is the last day in November.
.