Little Man spent three nights with us while his dad is out of town.  A busy weekend...as one can imagine.

I must admit, I am out of the routine of getting a little one up and ready for school-when I need to get ready myself.  I set my alarm clock extra early so I could get  us both headed out the door at the right time.  Little Man was a sleepy head on Friday morning-hard for him to go to sleep on  Thursday night because he was so excited about his first field trip to the pumpkin patch on Friday. Having an alarm go off and turning on the lights to his room did the trick!  We both made it out the door right on schedule.  He was excited about his school field trip and had a skip in his step as he got out of the vehicle.

I made it to school-and had a few minutes before my students came-whew!! how on earth I use to do this when my  girls were little is beyond me. Later that morning, the rain came-no monsoon is more like it.  It was terrible!!  My first thought, Oh No-what about little man's field trip.  The note the teacher had sent the night before said. just to pack a disposable lunch and leave book bag at home.  So, being a teacher, I knew there was a Plan B.  The monsoon stopped to only rain, but it lasted all day.

Finally, the school day was coming to an end and here comes little man prancing in my room.  A friend behind him was carrying a bag.  Little man then proceeded to tell me all about his field trip.  The class went on the field trip as planned!  What???  But then he went on talking and talking and talking....I was still stunned so I asked-"Nate did you get wet?"  His facial expression was like-duh what is Mammaw saying now.  "Mammaw it only rained a little where we were at."  Smiles from me.
Then I had to ask him about his trip, since I was completely zoned out before. 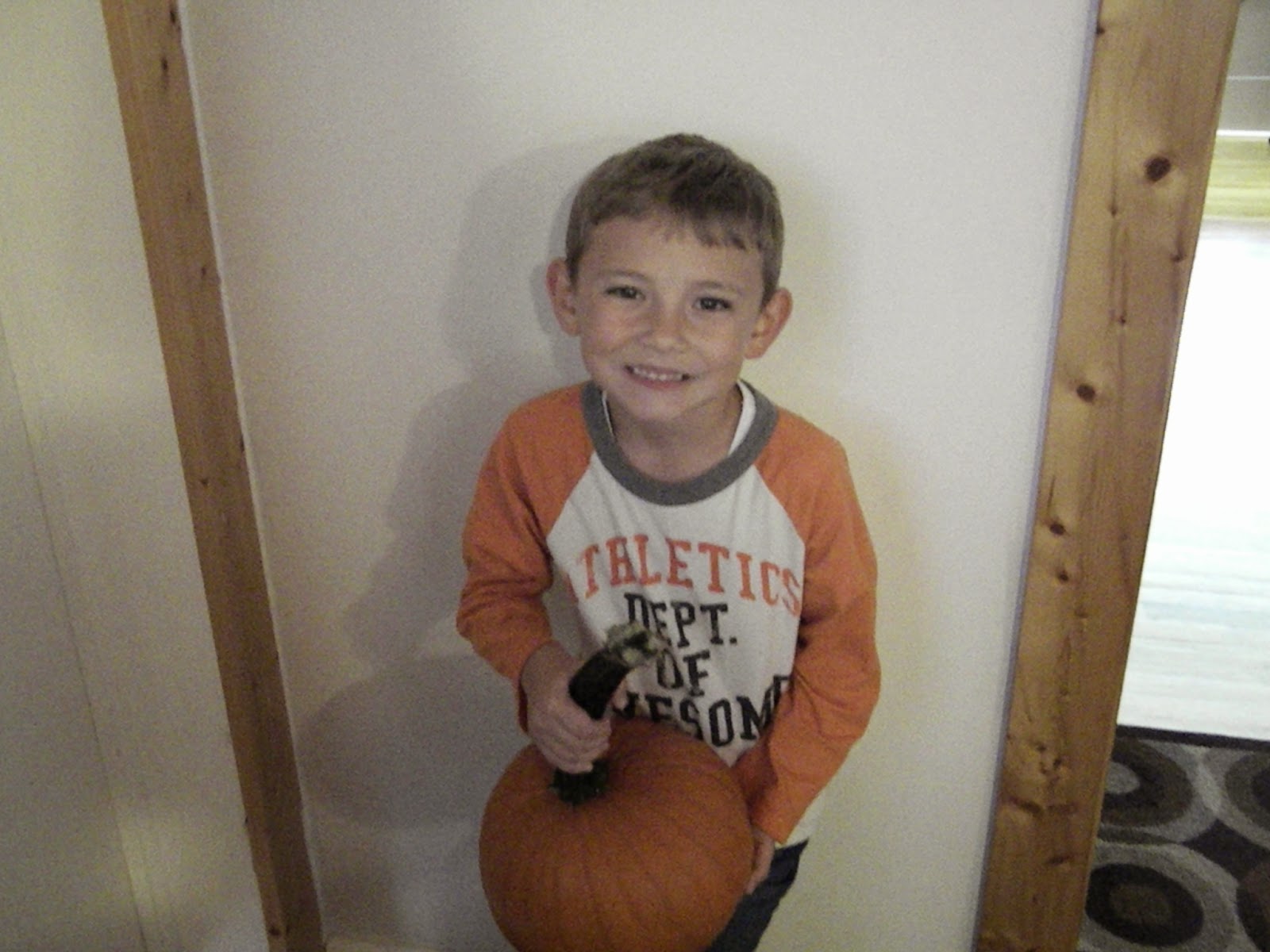 That evening, we celebrated his birthday.  Nate turned 6 on Tuesday. 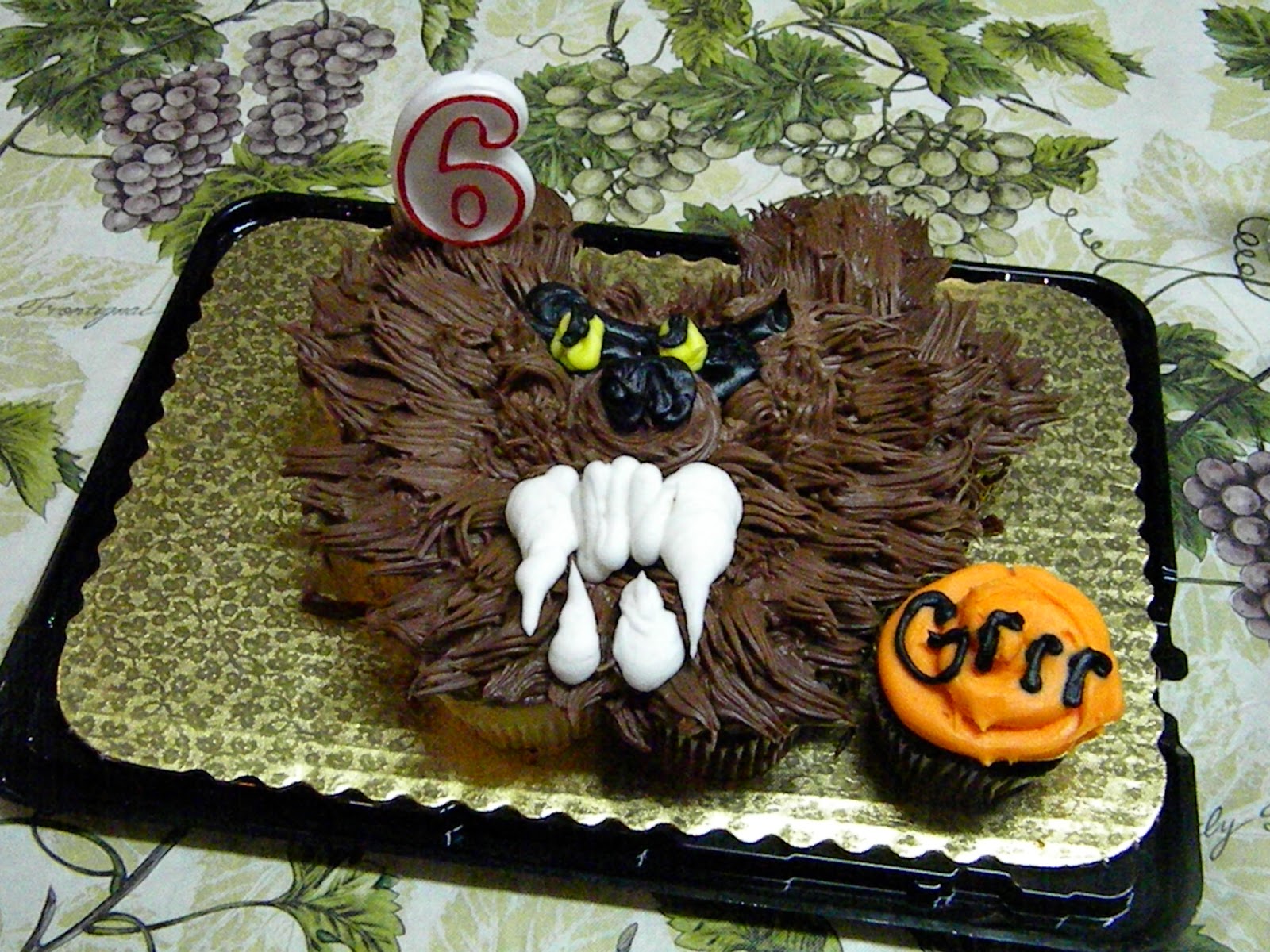 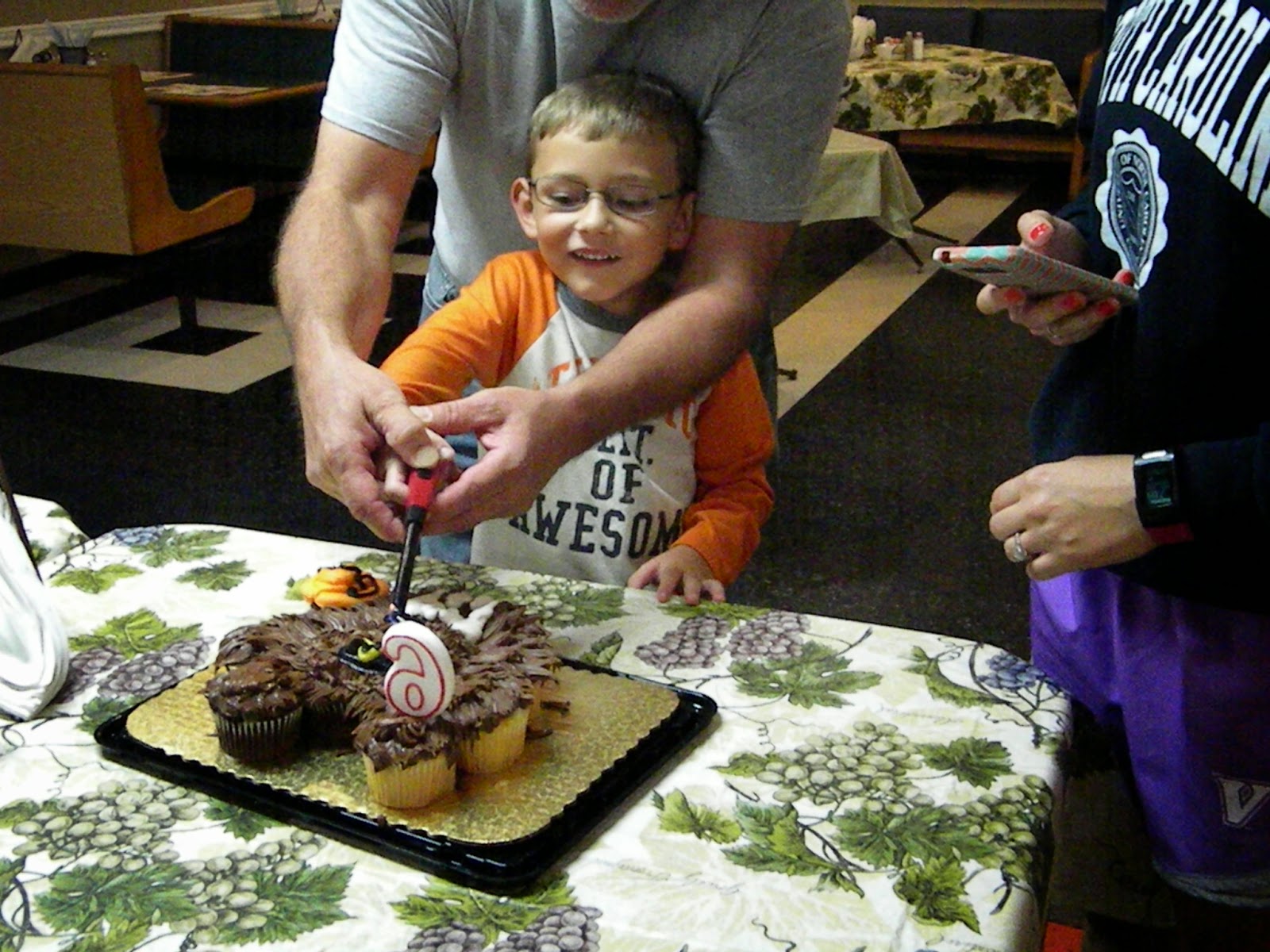 He just had to have a lick of the icing. 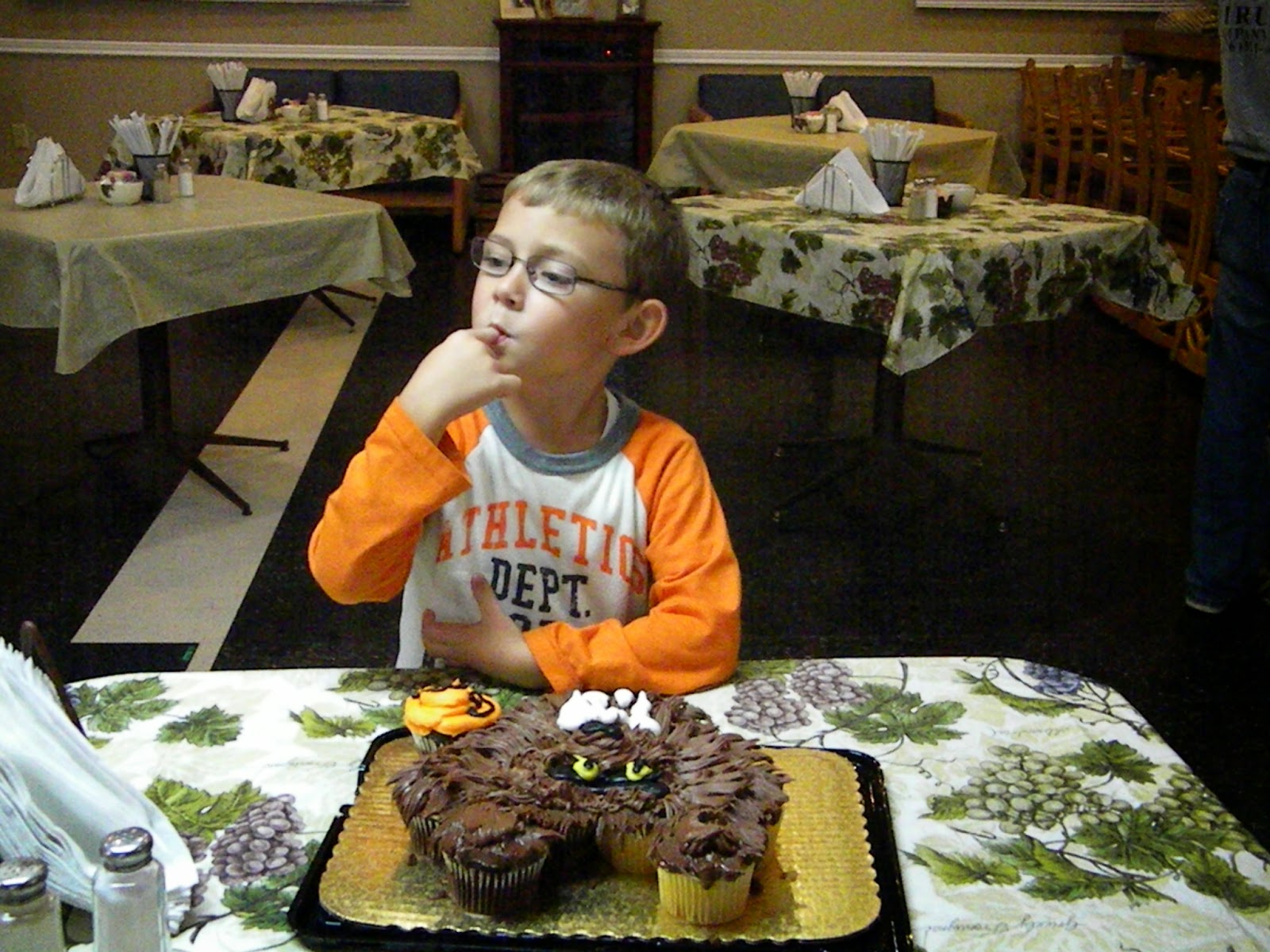 As the night wore on-he became tired and goofy as most do at this age. 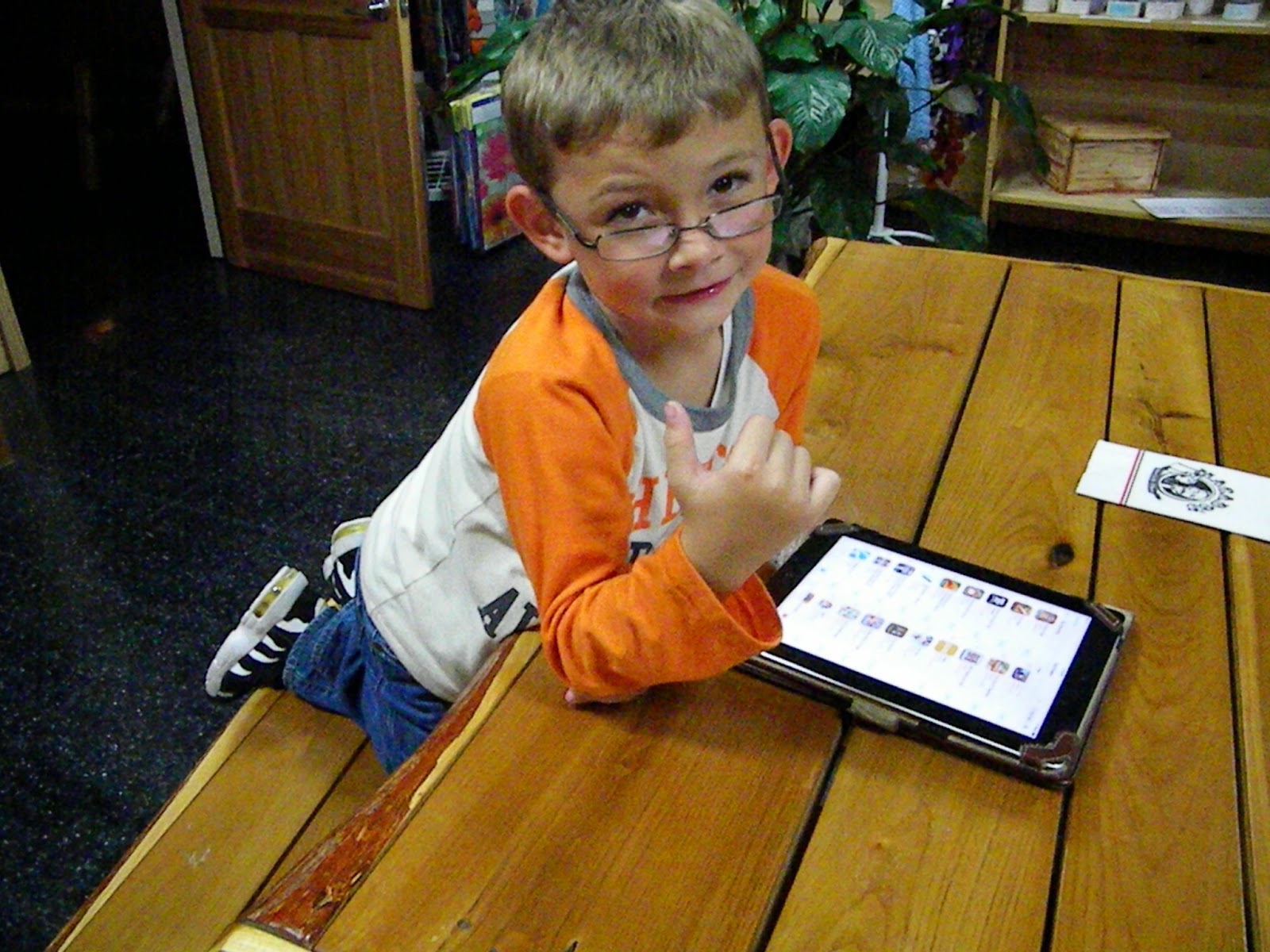 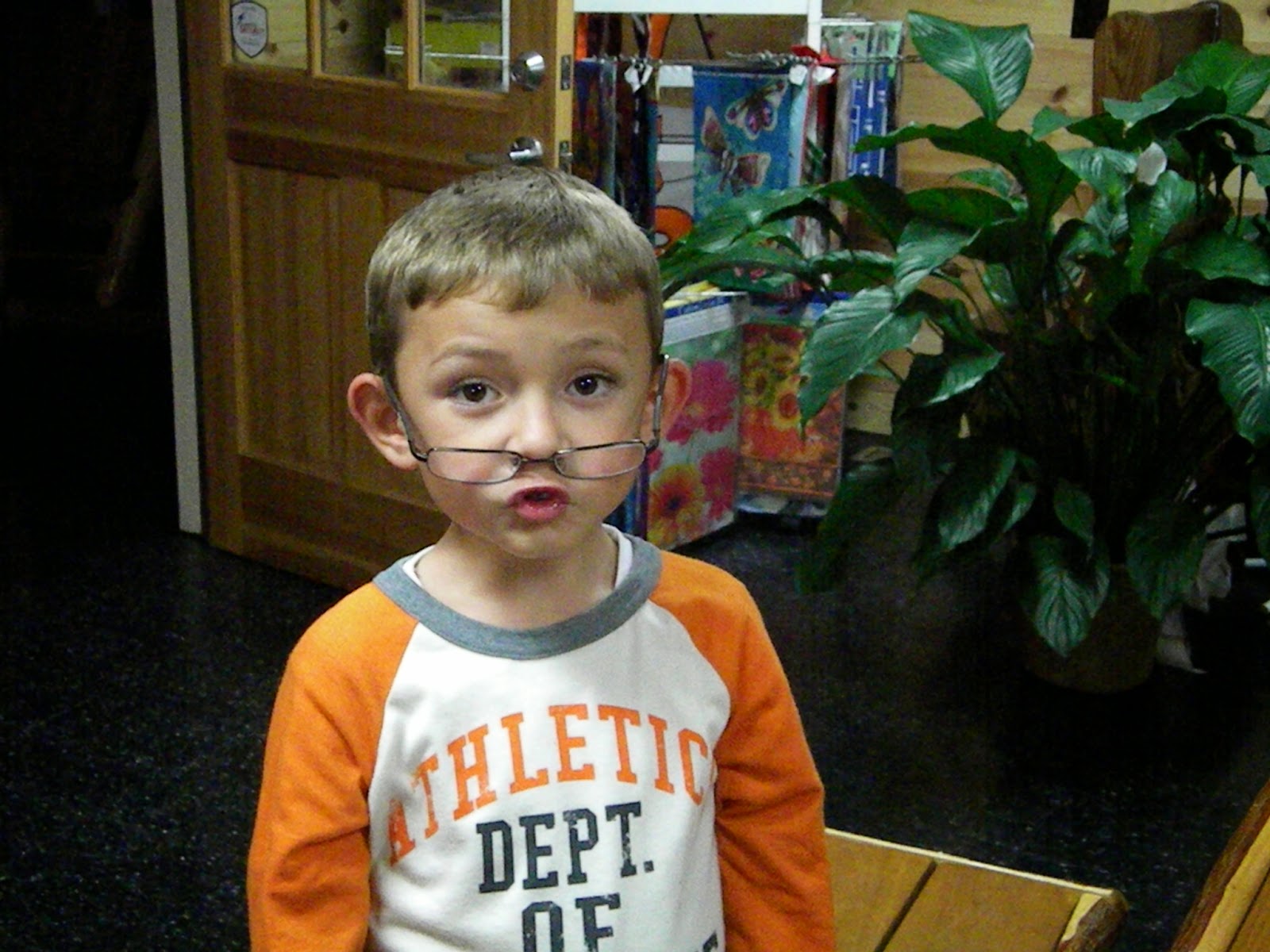 Saturday woke up to the rain still falling.  Little Man's school was having their annual duck race and fall festival.  With the rain coming down, the duck race was cancelled.  When daughters were little, I liked the Fall Festival.  Hub and I decided to go in one vehicle-we knew parking was going to be a concern-so we all loaded up and headed to the Fall Festival.  The school was packed-which is a good thing!  An easy money maker for the school.  Personally, I headed to the library where the auction was taking place and was the highest bidder on a  table arrangement-daughter loved it and was surprised when I gave it to her.  Next, I headed to the cafeteria where BINGO was being played.  I bought one ticket and was criticized by hub saying I had no chance in winning with so many people.  I fooled him (also fooled myself-cause I never win) by winning.  Of course, the prize was tools, buckets, car wash supplies, but that was okay because I was still grinning that I had won.  It was a fun-filled evening and I am so thrilled that the community still supports Fall Festival.

The rain continued on Sunday-such a gloomy day, but one that I know I should rejoice in.

It was hard for me to go to sleep last night.  The house was very, very quiet and lonely :(