A very special weekend for me.
It's Graduation Day!

After seven long years in college and the last three going continuously, daughter #1 graduated from pharmacy school Saturday!  Five tickets were issued to each student-daughter was able to get one extra from another student.  Hub, daughter #2. both grandmothers, her godmother, and I left early Saturday.  Getting a motel was out of the question-not only pharmacy school graduation, but also law students graduation also.  Tickets arrived on Thursday....

Daughters were ready to leave by 7:00 am... All smiles even though it was a rainy morning.

#2 daughter has to always check picture after taking...

Daughters left and then we left shortly after.

.The campus is set in the foothills of Virginia.  A very small town-which just recently got a Wal-Mart!  Hey, what better place for a pharmacy school. 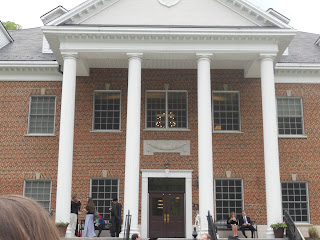 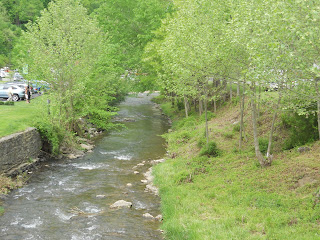 A little mist was still hanging around but the reception area was all set up. 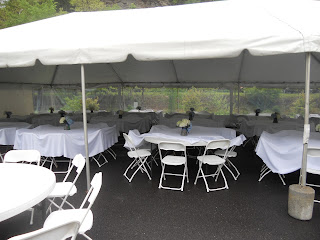 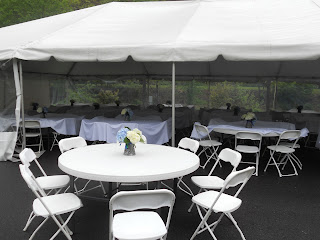 I was still holding it together.  I took my seat -very crowded seat-the one where one touches the other person's elbow-but I was okay.  The bagpipes started...the processional began... 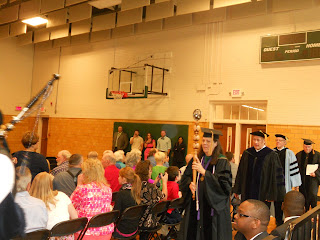 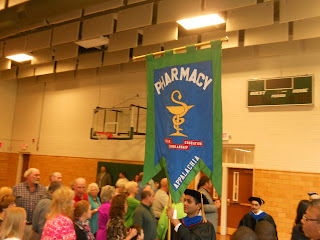 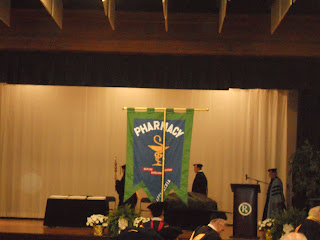 I glanced at hub and a tear was rolling down his check....which made me cry...I missed daughter entering...only caught the back of her 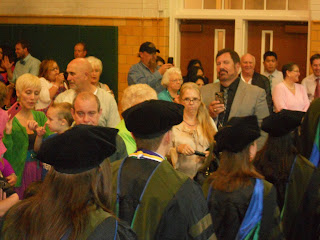 she is the one with the blue showing-

We listened to the introductions...and to Virginia's Secretary of Health and Human Resources, William Hazel, MD-Commencement Address.  He told all the candidates how they needed to make an impact in the medical field and to always treat patients with respect and above all to be nice to their patients for one never knows what kind of news their patient has just received. His speech ended with all the graduates standing and giving thanks to all who helped them on this journey of theirs.  I must say, I enjoyed his commencement address-not too long but to the point.

Now the moment we had all been waiting for...the Hooding of Candidates and Awarding of Degrees... 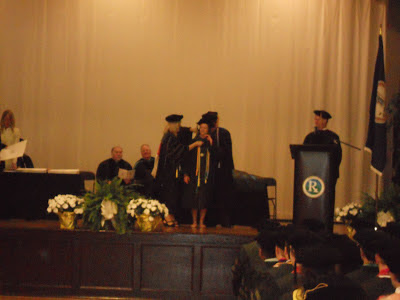 After the awarding of degrees, they all took the pharmacist's oath.

I did capture the recessional-- 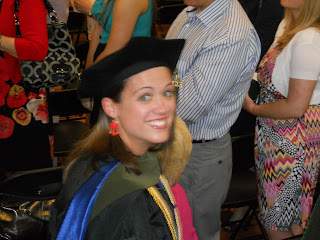 A smile of accomplishment.

Pictures were taken with friends-friends who studied, ate, cried, and laughed together. 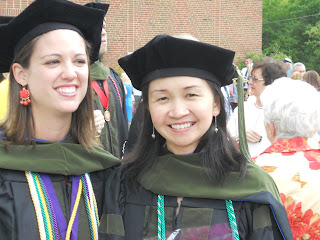 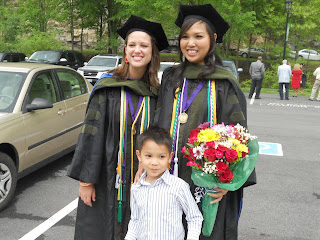 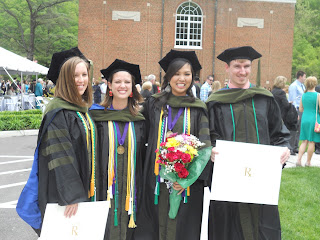 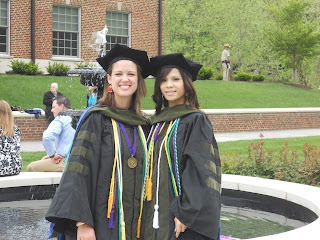 A close neighbor who would constantly make sure her door was completely closed and locked. 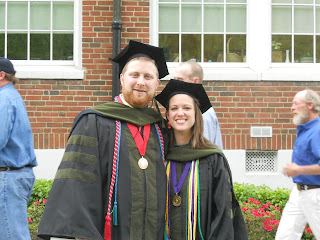 So glad she had a watchful neighbor like him!

A few pictures with family.... 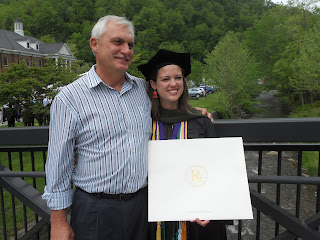 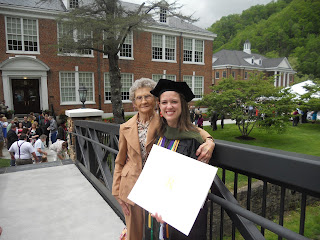 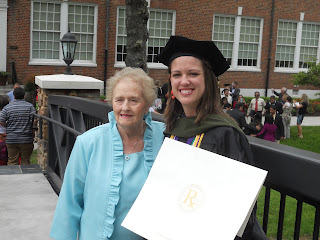 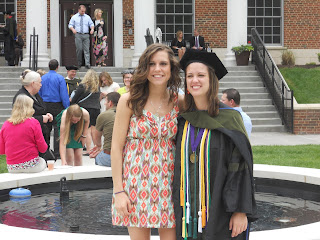 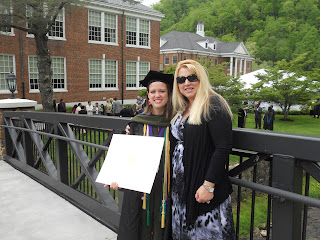 Memories of this journey she will always have. 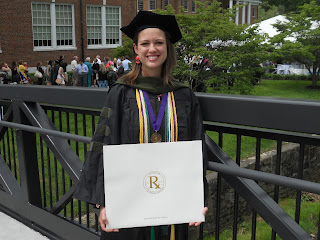 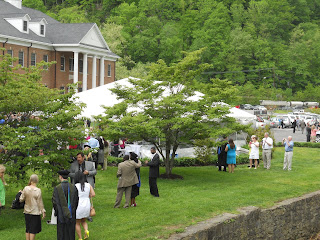 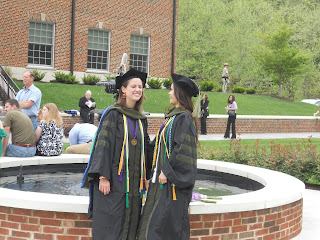 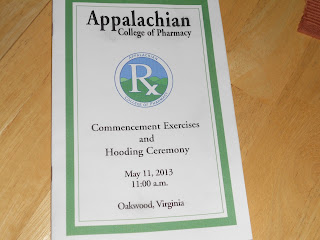 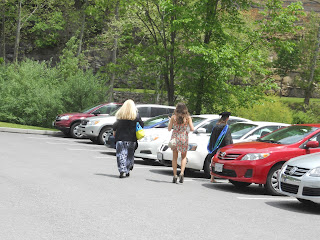 We arrived home just in time for a little reception hub and I were giving her. 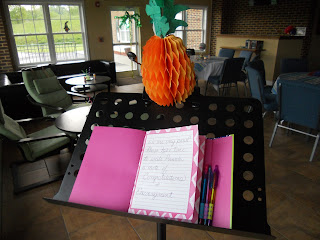 A book for people to write their wishes for Amanda. 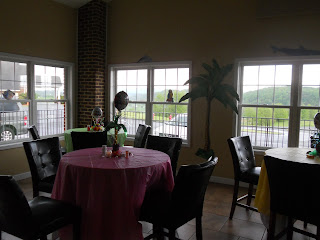 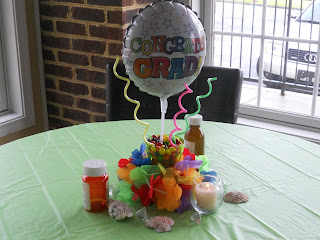 A day filled with such joy. 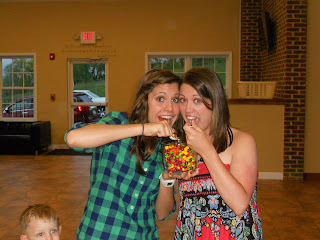 What more could a mother want for Mother's Day.... 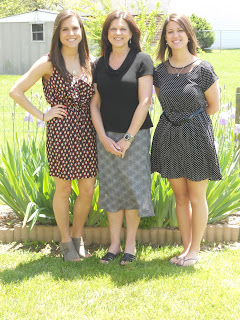