I took grandson to the library this past Monday...his first visit.  He loved it!!  They have story hour on Tuesday and I had planned on taking him back for this BUT he fell asleep around 10 and slept for an hour...so I might try this week. And would you believe Tuesday was the only day he had a morning nap??? 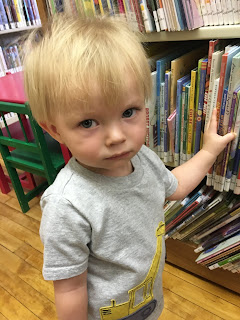 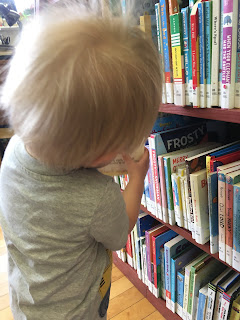 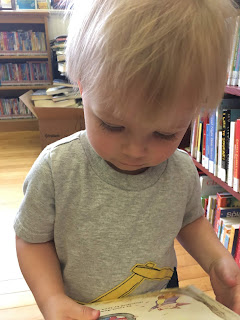 This past week, the weather has been fabulous!!  The temps have been in  the high 70s and so nice.  I have been taking grandson for a walk daily. 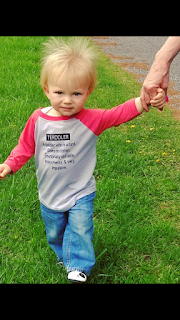 Yesterday was opening day for Little League.  The day was being dedicated to my late hub.  I had been asked earlier to throw out the first pitch to begin the season.  I just couldn't do it...not by myself anyway.  I asked another fine man, Dr. Daryl if he would throw out the first pitch and he was honored.  This young doctor...my hub coached him in pony league and then in high school baseball.  When hub had to be put to sleep for many colonoscopies and for his port (the second time), Daryl would come in on his day off to be with hub.  He helped me with hub during his last week when he was so sick.  He is such a fine doctor and he has five children of his own.  There were tears as they read some of hub's accomplishments and tears as Daryl and I stepped on the mound. 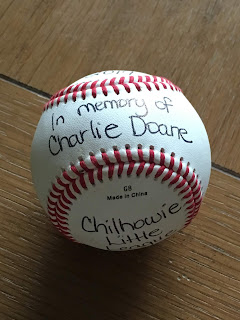 I left shortly aftewards..just too hard to stick around and watch some of the games.

When I got home, I decided to cut the grass.  Kenneth, my son-in-law had used the riding mower last week while I used the self-propelled mower.  I hopped on the riding mower deciding to give it a try.  I was able to start it and I put the blade down (I guess that it is the proper term) and I was off.  A couple of hiccups...I didn't know how to put it in reverse.  I looked at the gears...no gears only the gears for the blade...I looked and looked and couldn't find an R for reverse.  I raised up and the mower quit...huh?  I was confused. I stared the mower again and I just kept mowing in circles.  Instead of a nice looking manicured lawn my looks like a doughnut!!  Then the bank hiccup...I was a little timid about the bank so I just decided to use the self-propelled mower on it.  The lawn is finally mowed might not look the best but it doesn't look like a hay field!

I called #2 daughter and told her that I had cut the grass.  I asked her to ask Kenneth about how do I put the mower in reverse...he began telling her but I became confused...I am a hands on person so he will have to tell me as I learn how the next time.  I also told her that every time I raised up the mower would quit...a safety thing she said.  Oh well, I am learning.

They had taken grandson to an Easter Egg Hunt earlier...more like a pick up the eggs deal than hunting for eggs and then to see the Easter Bunny. 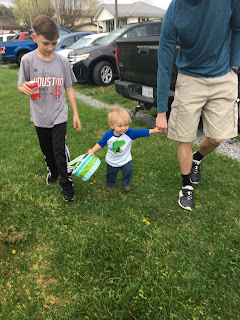 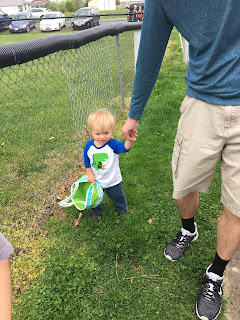 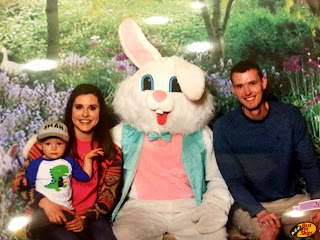 He wasn't a huge fan of the Easter Bunny.

My word for 2019 is courage.  I think yesterday...I had to have courage...
Courage at the opening day of Little League and courage to ride the lawn mower.

Have a Blessed Week and Enjoy Life 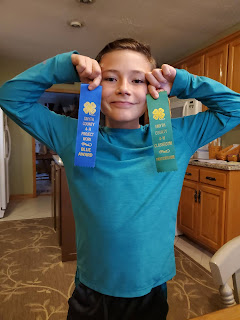