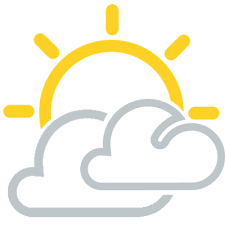 For the past couple of weeks, the temps have been in the high 80s and 90s.  I kept telling myself it wasn't even summer yet and wondering how hot August would be.  Well, we have dropped to the 70s and the rain has started.  It has rained for the past 3 days....not complaining cause I feel sorry for all that have been in the torrential downpours and have lost everything due to the rain. But going from 90s to 70s was a shock to me.

Little man was at the beach all last week and boy did I miss him.  According to his mom, he loved the ocean and had a great time.  She face timed a few times and I could tell he was enjoying himself.  Since he returned, he doesn't want me out of his sight (not that I mind of course). A few people who have seen us around said little man missed me just as much as I missed him. 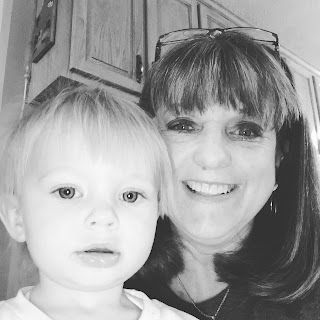 Last year hub began some landscaping.  He always had a project going.  He became weak and didn't finish the landscaping.  I went to Lowe's last week and the brick he used they didn't have; it was discontinued.  The salesman was so nice. He called other stores in my area to see if by chance they would have had any. No such luck.  I purchased one brick to see how big of a difference the looks would be...I only need 31 bricks to finish the project.  Not that much of a difference so I returned to Lowe's purchased the other 30 bricks.  Instead of placing the mismatch brick next to each other, I kinda made a pattern...if I must say it looked nice. Next was finishing the red rock...  I went to our local store and purchased 4 tons of red rock....I know a lot right?  Monday I finished almost 2 tons!!  Shew!!!  Yep, I felt it the next day. A fellow stopped by and said I was working in the hot afternoon and I needed to do this kind of work in the early morning. Ha! He is telling me!!  I can't do this in the morning because I go to the pharmacy and try to do some paper work...I am there before 7, then I return home to babysit little man at 8 and it is hard to do landscaping with a 16 month old so I have to do this work when little man goes home.   It might take me all summer to finish but I will finish this project.

I have 5 groundhogs in the building where I store the lawn mower.  I called animal control about the problem who said they couldn't help me but gave me another number to call.  I called that number and told the man on the phone about the groundhogs...A Virginia Game Commissioner, I think.  He told me to shoot them...Ha! I can't see myself doing this.  If anyone knows how to get rid of them please let me know.


Just a few things going on in my corner of the world.